While welcoming three American hostages who had been held in North Korea, President Donald Trump managed to get in a dig at the New York Times.

Trump spoke briefly to reporters on the tarmac, calling it a “great honor” to welcome the hostages home. The remarks were positive and lighthearted except for a moment when a reporter asked about the new secretary of state, Mike Pompeo.

The Times ran a story Tuesday with the headline, “At a Key Moment, Trumps Top Diplomat Is Again Thousands of Miles Away,” before it was revealed that he was negotiating the release of the hostages. 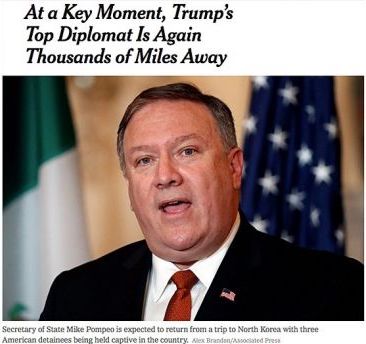 Trump mentioned the report in his remarks.

Kim Dong-Chul, Kim Hak-Song and Tony Kim, who had been held for a least a year, were released in the lead-up to the historic meeting planned between North Korean leader Kim Jong-un and Trump planned in the coming weeks.

They were welcomed by Trump, first lady Melania Trump and Vice President Mike Pence in a 3 a.m. arrival at Joint Base Andrews in Maryland. 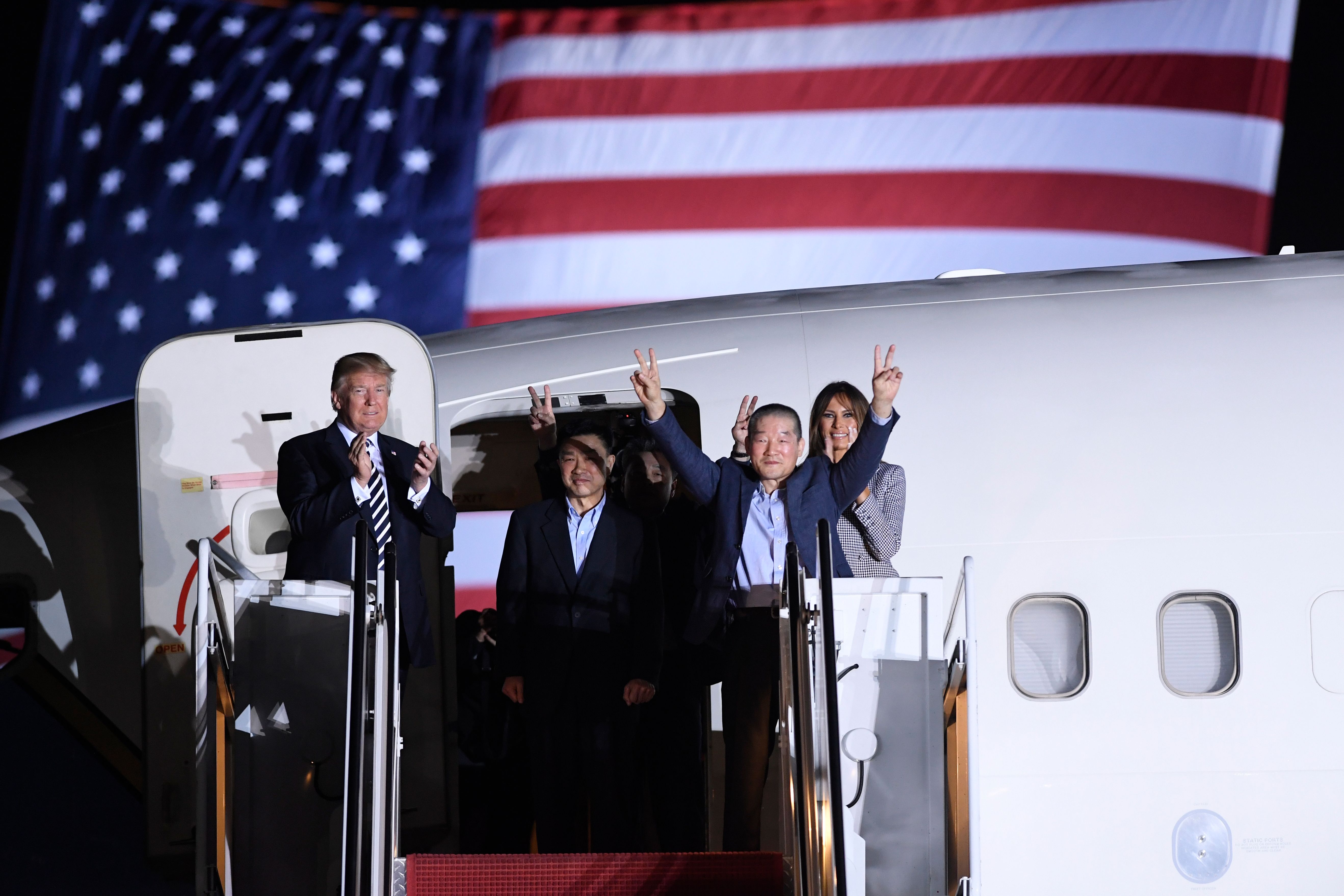 The three men are reportedly healthy and are being released to their families after being debriefed by officials.