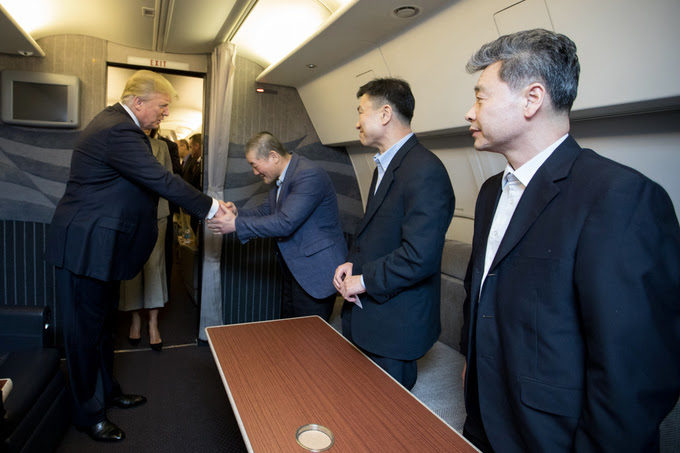 The hostages included Kim Dong-Chul, Kim Hak-Song and Kim Sang-Duk. Chul was a Christian missionary engaged in work in North Korea when he was arrested in October 2015 for allegedly stealing state secrets. 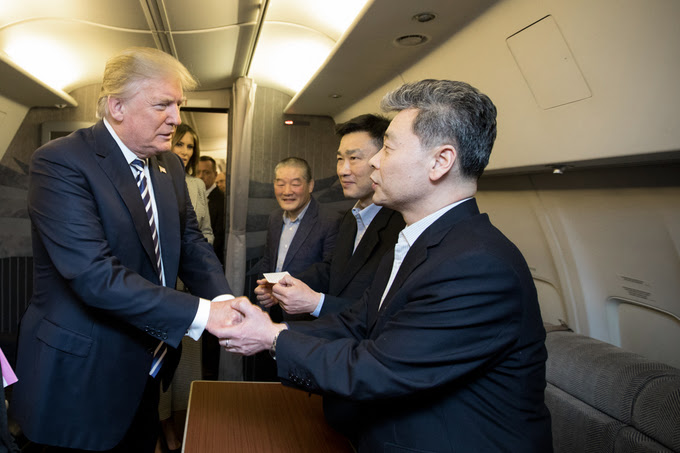 Secretary of State Mike Pompeo secured their release from North Korea after a Wednesday meeting with Kim Jong Un. Pompeo and the North Korean dictator agreed upon a time and date for a summit between Trump and Kim.

The highly anticipated meeting between Kim Jong Un and myself will take place in Singapore on June 12th. We will both try to make it a very special moment for World Peace! 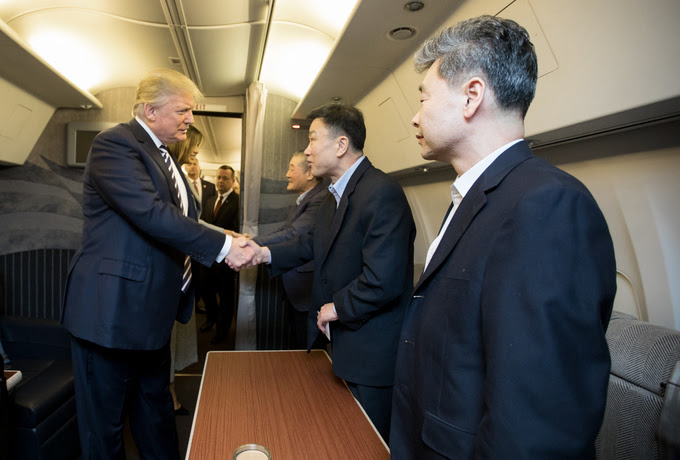 1
Poll: 56% Of Americans Believe Police Are Behaving Appropriately Or Not Being Aggressive Enough
US
2
15 People Died In The Protests And Riots Following George Floyd's Death. Here's Who They Are
US
3
82-Year-Old Attacked For Holding A Trump Sign Gets Emotional When He Receives A Call From Donald Trump Jr.
US
4
'How Am I Gonna Tell My Kids?': Detroit Father Of 5 'Devastated' After Riots Destroy His Property
Politics
5
Lisa Page Lands New Gig As National Security And Legal Analyst At NBC News
Media