Trump, speaking at the 37th Annual National Peace Officers’ Memorial Service, called for an immediate end to “the attacks on our police, and we must end them right now.”

“We believe criminals who kill our police should get the death penalty,” POTUS stated. “Bring it forth.” (RELATED: Trump Tells The Story Of A Fallen Border Patrol Agent) 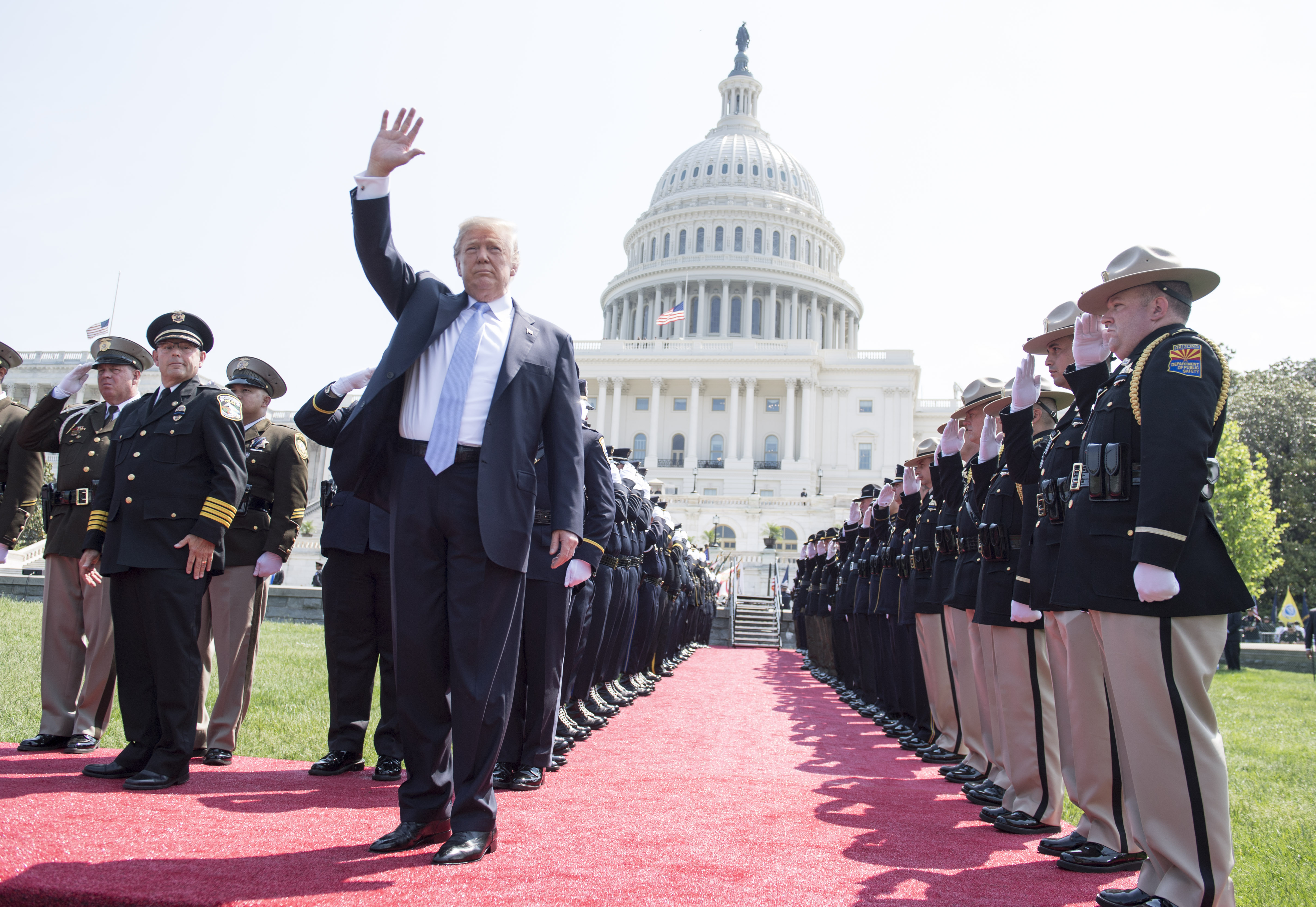 WASHINGTON, DC – MAY 15: US President Donald Trump waves as he arrives at the 37th Annual National Peace Officers’ Memorial Service at the U.S. Capitol Building on May 15, 2018 in Washington, D.C. (Photo by Kevin Dietsch-Pool/Getty Images)

Trump added that he has “directed the Justice Department to do anything within their power to defend the lives of American law enforcement.”

It should be noted that the Supreme Court ruled mandatory death penalties unconstitutional in 1987.