This week starts the beginning of the Muslim holiday of Ramadan.

The holiday is marked by a tradition of fasting for observant Muslims worldwide to commemorate the revelation of the Quran.

Modern-era presidents historically make an announcement to mark the beginning of the holiday. Barack Obama issued Ramadan messages each year he served in office and Donald Trump has done the same. Comparing the two messages delivered by both presidents in their second year in office certainly shows similarities.

Both presidents recognize the tradition and religious significance of the holiday.

“Ramadan is a time when Muslims around the world reflect upon the wisdom and guidance that comes with faith, and the responsibility that human beings have to one another, and to God.  This is a time when families gather, friends host iftars, and meals are shared.

“During the holy month of Ramadan, Muslims commemorate the revelation of the Quran to the prophet Muhammad through fellowship and prayer.  Many observe this holy time by fasting, performing acts of charity, reciting prayers, and reading the Quran.”

Both presidents also recognize that the holiday seeks to strengthen the Muslim community:

“But Ramadan is also a time of intense devotion and reflection – a time when Muslims fast during the day and pray during the night; when Muslims provide support to others to advance opportunity and prosperity for people everywhere.  For all of us must remember that the world we want to build – and the changes that we want to make – must begin in our own hearts, and our own communities.”

“Ramadan is a time of self-reflection intended to deepen one’s spiritual growth and renew a sense of appreciation for the many blessings God provides.  In this spirit of thanksgiving and reflection, those observing Ramadan can strengthen our communities, help those in need, and serve as good examples for how to live a holy life.” 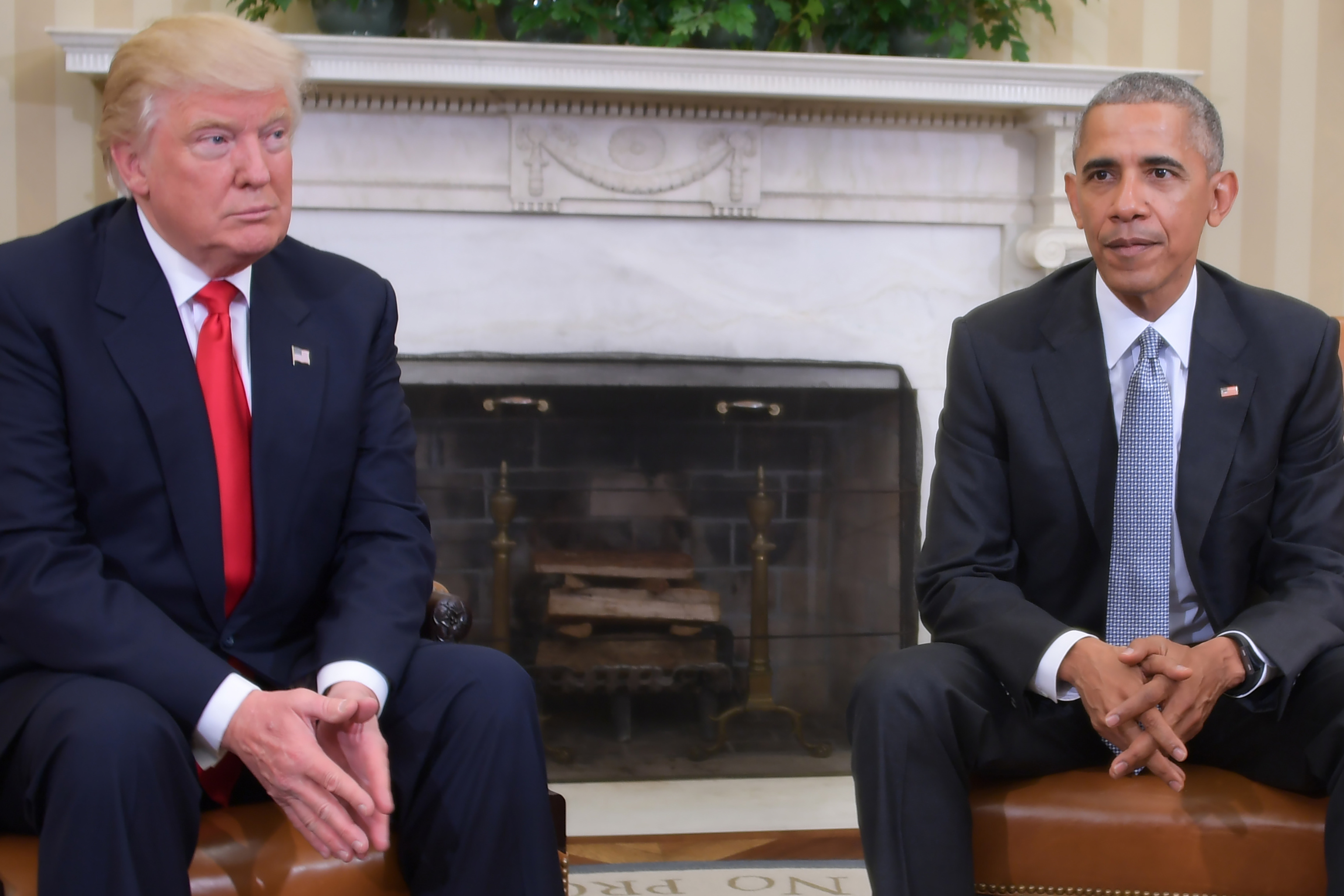 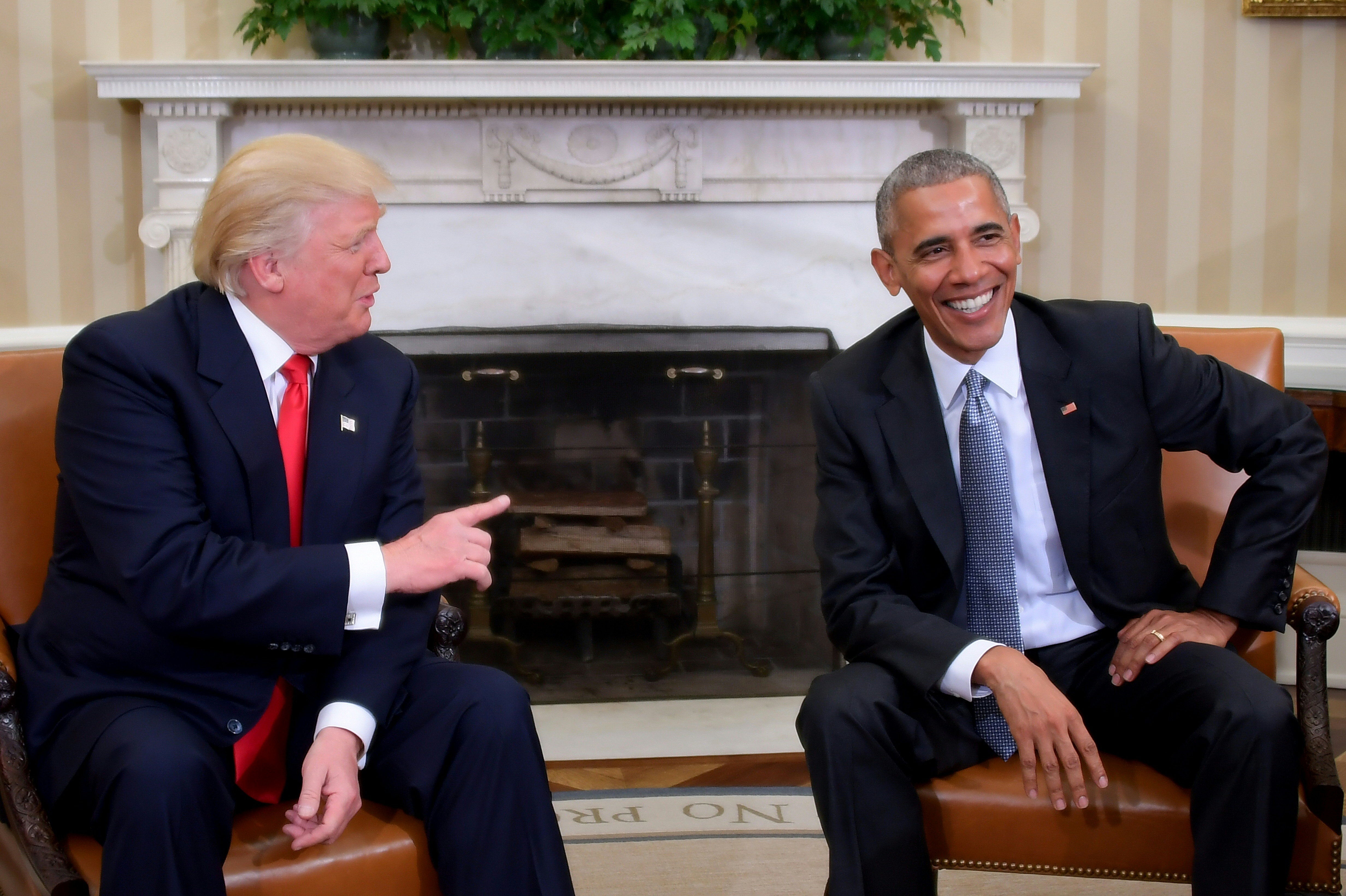 However, the presidents diverge in their description of how Islam relates to the American experiment.

Obama closes his remarks by complimenting the contributions Muslims have made to America and the world, saying “These rituals remind us of the principles that we hold in common, and Islam’s role in advancing justice, progress, tolerance, and the dignity of all human beings.”

Trump deviates on this point, choosing to focus his conclusion on the American Constitution and the religious liberty it provides all religions. “Our Constitution ensures Muslims can observe Ramadan … unimpeded by government,” Trump said. “By doing so, the Constitution also furnishes varied opportunities for all Americans to deepen their understanding of the human soul.”

“These rituals remind us of the principles that we hold in common, and Islam’s role in advancing justice, progress, tolerance, and the dignity of all human beings.   Ramadan is a celebration of a faith known for great diversity and racial equality.  And here in the United States, Ramadan is a reminder that Islam has always been part of America and that American Muslims have made extraordinary contributions to our country. And today, I want to extend my best wishes to the 1.5 billion Muslims around the world – and your families and friends – as you welcome the beginning of Ramadan.”

“Ramadan reminds us of the richness Muslims add to the religious tapestry of American life.  In the United States, we are all blessed to live under a Constitution that fosters religious liberty and respects religious practice.  Our Constitution ensures Muslims can observe Ramadan in accordance with the dictates of conscience and unimpeded by government.  By doing so, the Constitution also furnishes varied opportunities for all Americans to deepen their understanding of the human soul.”

This is the second year that the Trump administration has taken a slightly divergent path from their predecessor on their Ramadan message. Last year, Trump used the major Muslim holiday to make a statement on terrorism, saying the holiday “strengthens awareness of our shared obligation to reject violence.”

The White House and the State Department also did not hold a traditional Ramadan dinner in 2017.