Former NFL quarterback Colin Kaepernick, infamous for kneeling during the national anthem, is so unpopular among many Americans that Republicans are reportedly “running against” him in the midterms.

“(I)f the league wants to turn the page, there are Republicans still eager to talk about the protests. No one I spoke to believes it’s an election-swinging issue, but it has still become a powerful signal to voters for politicians looking to flex their cultural conservative credentials: pro-flag and anti-Black Lives Matter.” 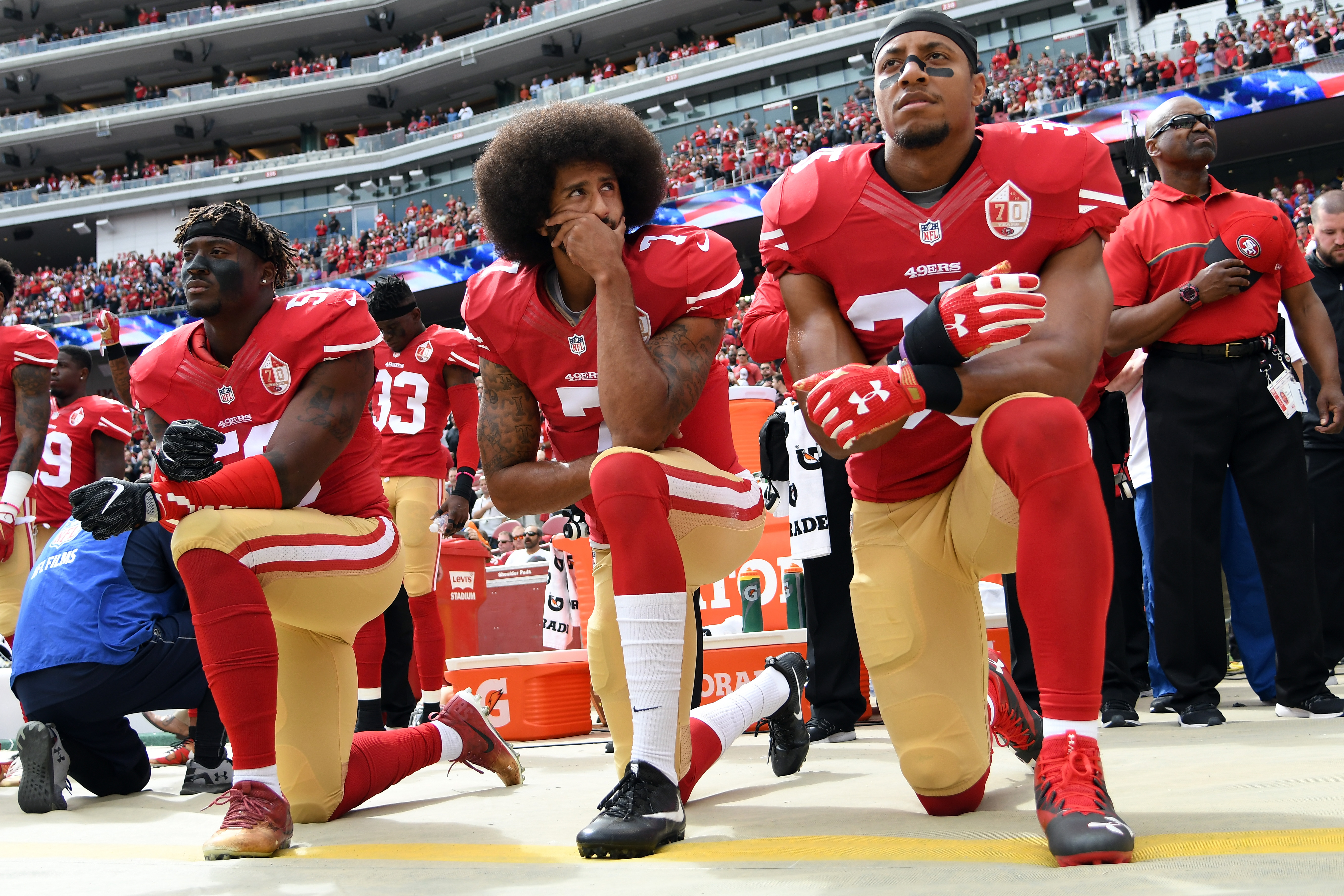 SANTA CLARA, CA – OCTOBER 02: (L-R) Eli Harold #58, Colin Kaepernick #7 and Eric Reid #35 of the San Francisco 49ers kneel on the sideline during the anthem prior to the game against the Dallas Cowboys at Levi’s Stadium on October 2, 2016 in Santa Clara, California. (Photo by Thearon W. Henderson/Getty Images)

Trump defended standing for the anthem last week, saying, “Never believe that your Second Amendment is not under siege. We believe that a strong nation must have strong borders. We have pride in our history and respect for our great American flag.”

“And we put our large, beautiful hands on our hearts for the Pledge of Allegiance! And we proudly stand, all the time we stand, because we love that sound, we stand for our national anthem at all times!” (RELATED: Trump Steps Up, Puts His Hand On His Heart, And Drops A Line That Makes The Entire Room Howl)