Meghan Markle’s wedding to Prince Harry was Saturday, so here is a look at seven other brides who definitely dressed to impress at their royal weddings.

Here are seven of the most fairytale-inspired royal wedding dresses:

The 20-year-old Princess Diana of Wales chose David and Elizabeth Emanuel, a husband and wife designing duo, to create her wedding dress. The gown had a 25-foot-long train, which broke the record for the longest train ever for a wedding dress. However, marrying Prince Charles was apparently so stressful that Diana ended up losing five inches off her waist, causing the designers to have to keep changing their design to fit her tiny frame, according to Vanity Fair. (RELATED: Here’s Who Will Be Part Of Meghan Markle And Prince Harry’s Bridal Party) 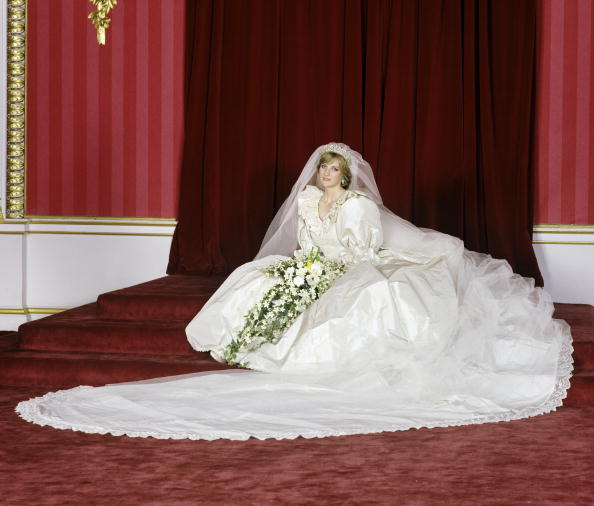 Princess Diana in her wedding dress (Photo by Lichfield/Getty Images). 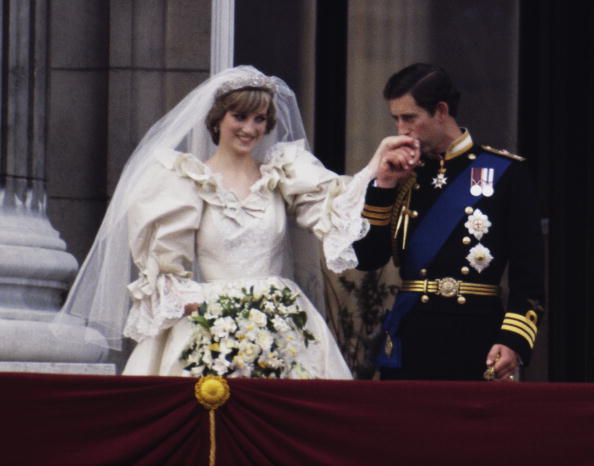 Grace Kelly’s marriage to Prince Rainier III of Monaco, which Vogue dubbed the “Marriage of the Century,” surely did not disappoint. Kelly’s dress was made by Academy Award–winning costume designer Helen Rose who had 30 seamstresses help her craft the stunning design. The final result included 300 yards of lace and 150 yards of taffeta, tulle and silk. Luckily, everyone could view her dress since Metro-Goldwyn-Mayer (MGM) allowed the movie star to break her contract if they could film the wedding, according to Vogue. 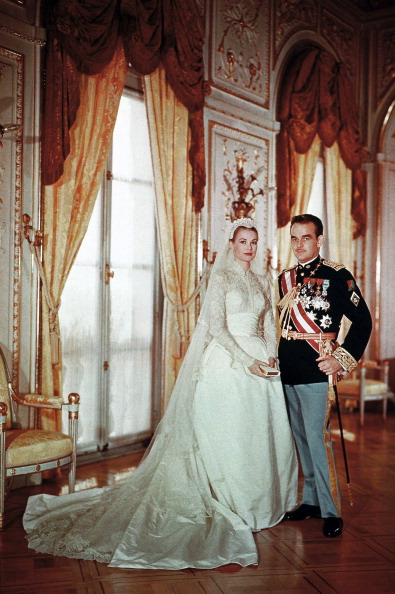 Portrait of Rainier III, Prince of Monaco to Princess Grace on their wedding day on April 19, 1956 in Monaco. (Photo by 3777/Gamma-Rapho via Getty Images)

Princess Sofia of Sweden, the Duchess of Värmland, was once a reality star prior to marrying Prince Carl Philip. However, her white lacy number was fit for a princess during her 2015 nuptials in Stockholm. The princess wore a custom-made dress by Swedish designer Ida Sjöstedt and topped it off with a tiara for a truly fairytale wedding, The Knot reported. 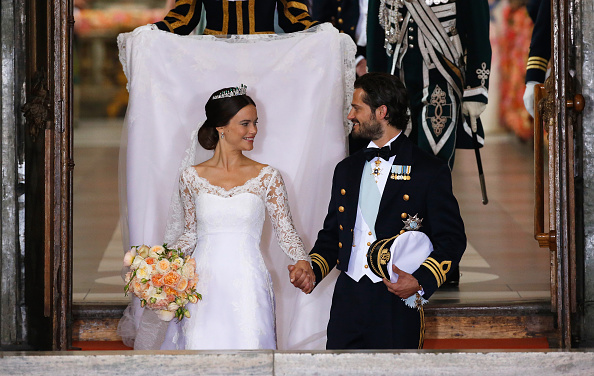 Princess Claire Of Luxembourg married Prince Felix Of Luxembourg in 2013 in a stunning Ellie Saab creation. The Chantilly lace creation was truly no match for her veil, which was covered in white lace perched below a tiara, Hello! magazine reported. 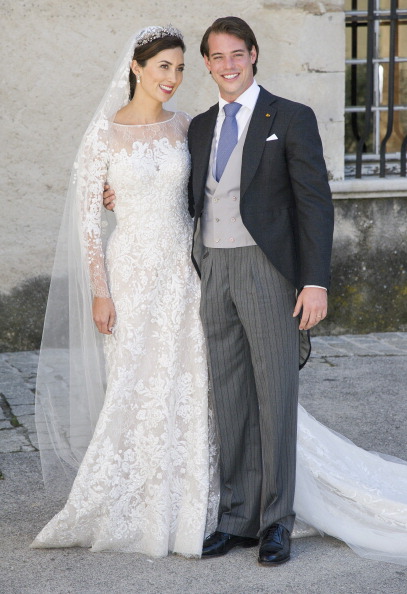 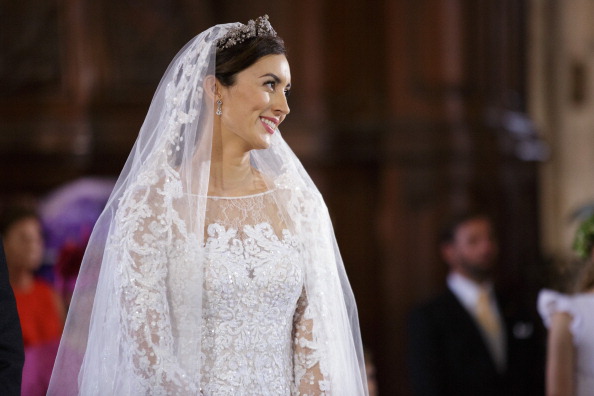 Princess Letizia Ortiz from Spain wore a unique collared wedding dress to her 2004 wedding to Prince Felipe VI. The couple now reign as king and queen. The gown was designed by Manuel Pertegaz and had a 14-foot train, according to InStyle. 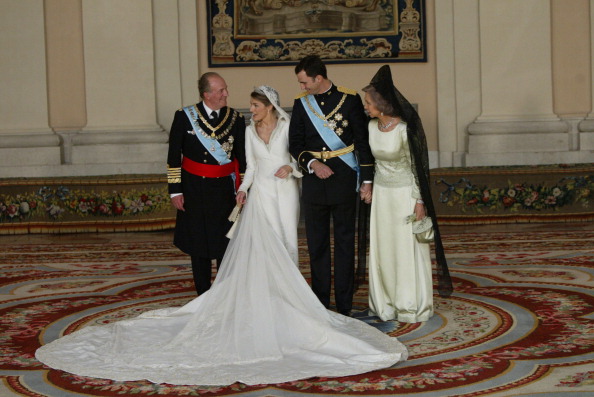 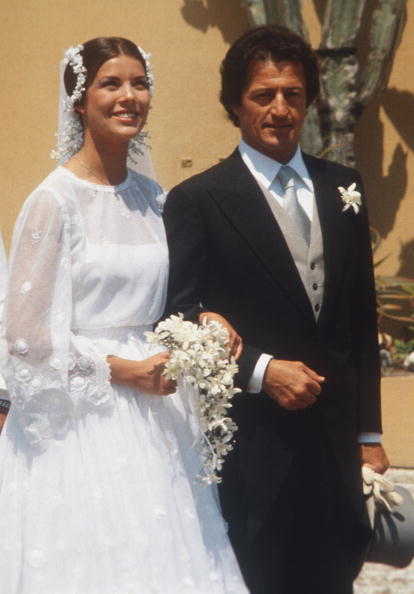 Princess Caroline of Monaco with her new husband Philippe Junot after their wedding in Monaco on June 29, 1978. (Photo by Keystone/Getty Images)

Princess Salwa Aga Khan, born Kendra Spears, was an American fashion model dubbed the next Cindy Crawford. However, this changed upon marrying Prince Rahim, whose father is the spiritual leader of Shia Ismaili Muslims, resulting in the former supermodel converting to Islam. The wedding was a traditional Muslim ceremony. The bride wore a gold and ivory sari, a simple chignon and nude heels for their 2013 nuptials in Geneva, Vogue reported. 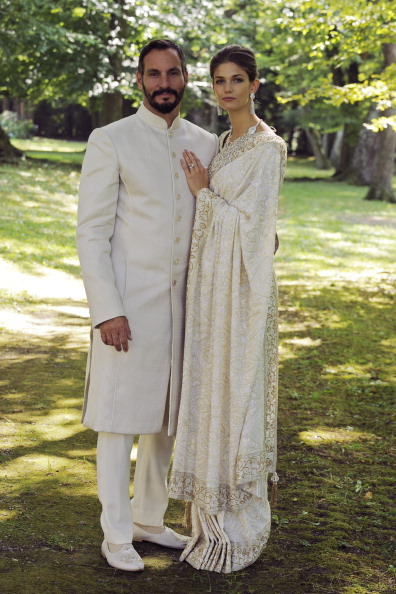 The Ismaili, Prince Rahim Aga Khan and Kendra Salwa Spears at their 2013 wedding in Geneva (Photo by Gary Otte/The Ismaili via Getty Images)