According to Variety, the three-hour music award show broadcast from the MGM Grand Garden Arena in Las Vegas scored an average of 2.1/8 share in the key demographic with 7 million viewers. In comparison, the 2017 awards show, which aired on ABC, averaged a 2.3 in the 18-49 age group with 7.7 million people tuned in. 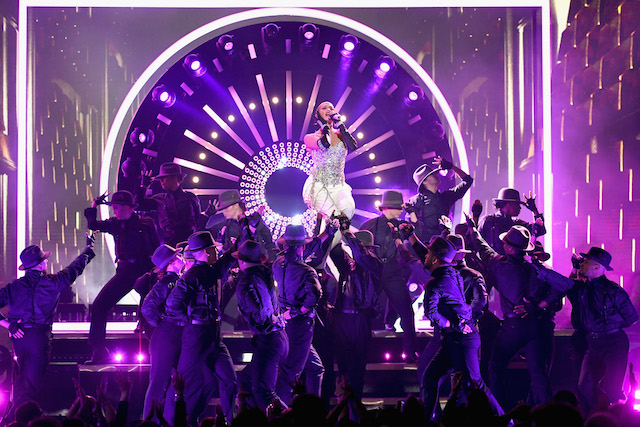 Sunday night’s show not only lost in the demo, but as it stands right now, fell 9 percent in viewership. The current record for low viewership is held by Fox’s 2006 Billboard Music Awards show, with 6.1 million viewers.

Leading off the show Sunday night, Kelly Clarkson addressed the deadly school shooting at Santa Fe High School in Texas Friday that left 10 people dead and said she was tired of “moments of silence,” instead calling for a “moment of action.”

So far in 2018, the majority of award shows have struggled in the ratings battle with the Oscars, Grammys and Golden Globes hitting near or record-lows.