The vice president of student affairs at Providence College has issued a restraining order against a student for posting flyers that educate students on traditional Catholic marriage, The Ocean State Current reported Wednesday.

Michael Smalanskas, a student at Providence College, has been barred from campus and given a restraining order from Vice President for Student Affairs Kristine Goodwin for posting literature on traditional Catholic marriage and his alleged behavior following the incident.

Goodwin spoke at a progressive march that took place in response to the display.

Vice President Goodwin alleges that the student stared at her for roughly five seconds at the school’s commencement mass. She also contends he shouted her name at another crowded mass on Saturday, condemning her for her role in sparking the controversy that led to threats made against him by progressive activists.

“While his words were not expressly threatening, his actions toward me have escalated quickly,” Goodwin wrote in a complaint against Smalanskas.

Goodwin was also concerned about the Smalanskas’ parents, as his father is a police officer.

“I am also afraid of Mr. Smalanskas’s parents, especially his father, who has access to weapons,” she stated.

Smalankas argued, “Any reasonable person must conclude that this constitutes retaliation by Kristine Goodwin and Providence College. For months, her grave incompetence as vice president for student affairs has been on display. Now, in what appears to be revenge tactics, she and the college have acted shamefully and recklessly. It’s high time the Dominicans regain control of their college or see it lost at the hands of a depraved administration.” 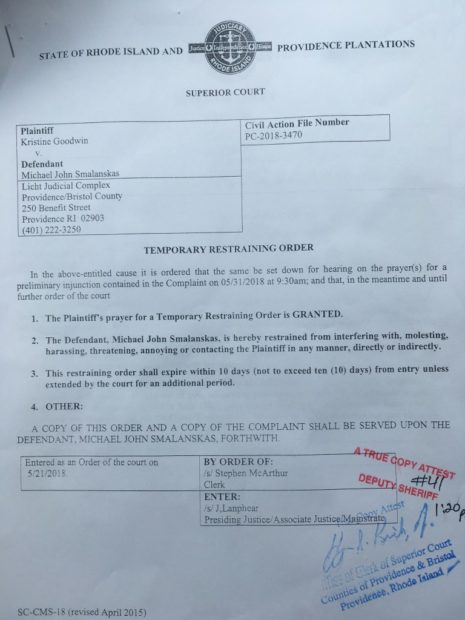 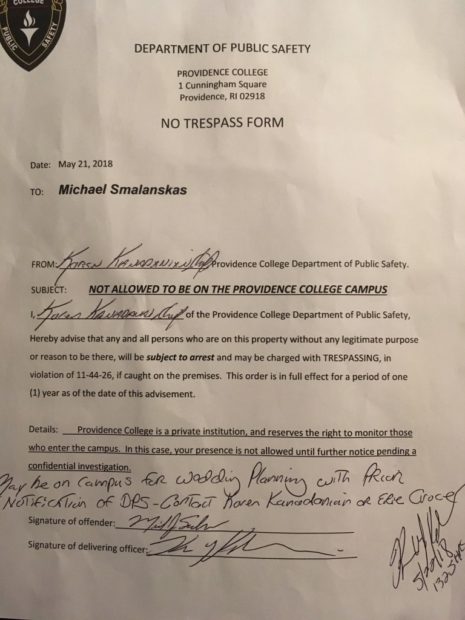 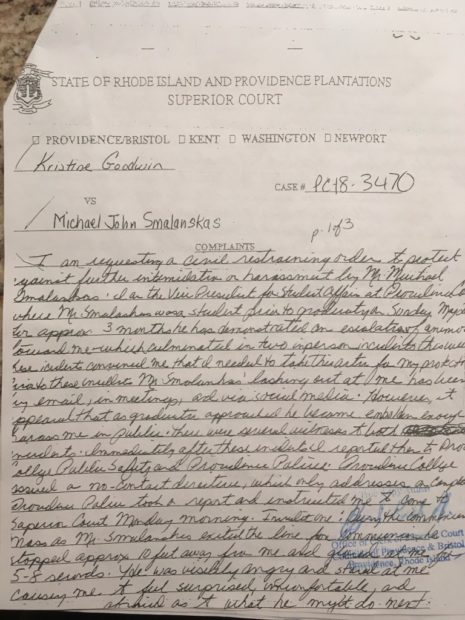 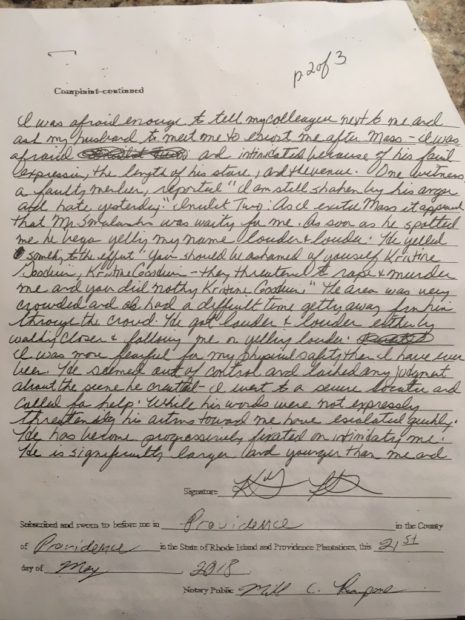 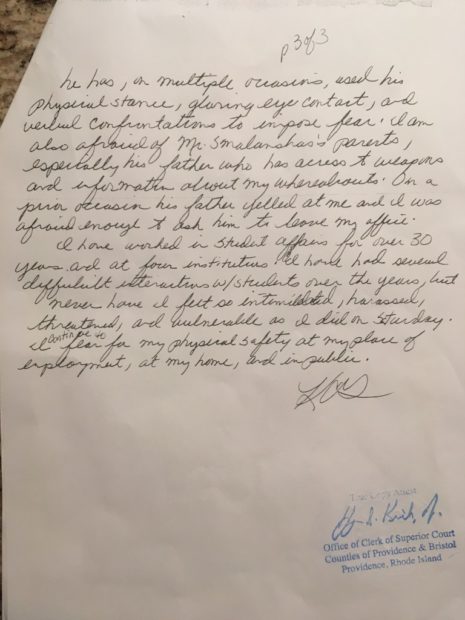