Michael Moore and other celebrities threw a fit Wednesday following the announcement about the new NFL anthem protest policy.

“Oh NFL! I love you! What better time to curtail free speech than during the National Anthem! USA! USA!! USA!!! Back in the USSA,” the 64-year-old filmmaker tweeted to his millions of fans.

The comment came following the decision by the NFL that states that players must either take the field and stand or stay in the locker room during the playing of the “Star Spangled Banner.” Those who join their teammates on the field and don’t stand will incur a fine for their club. 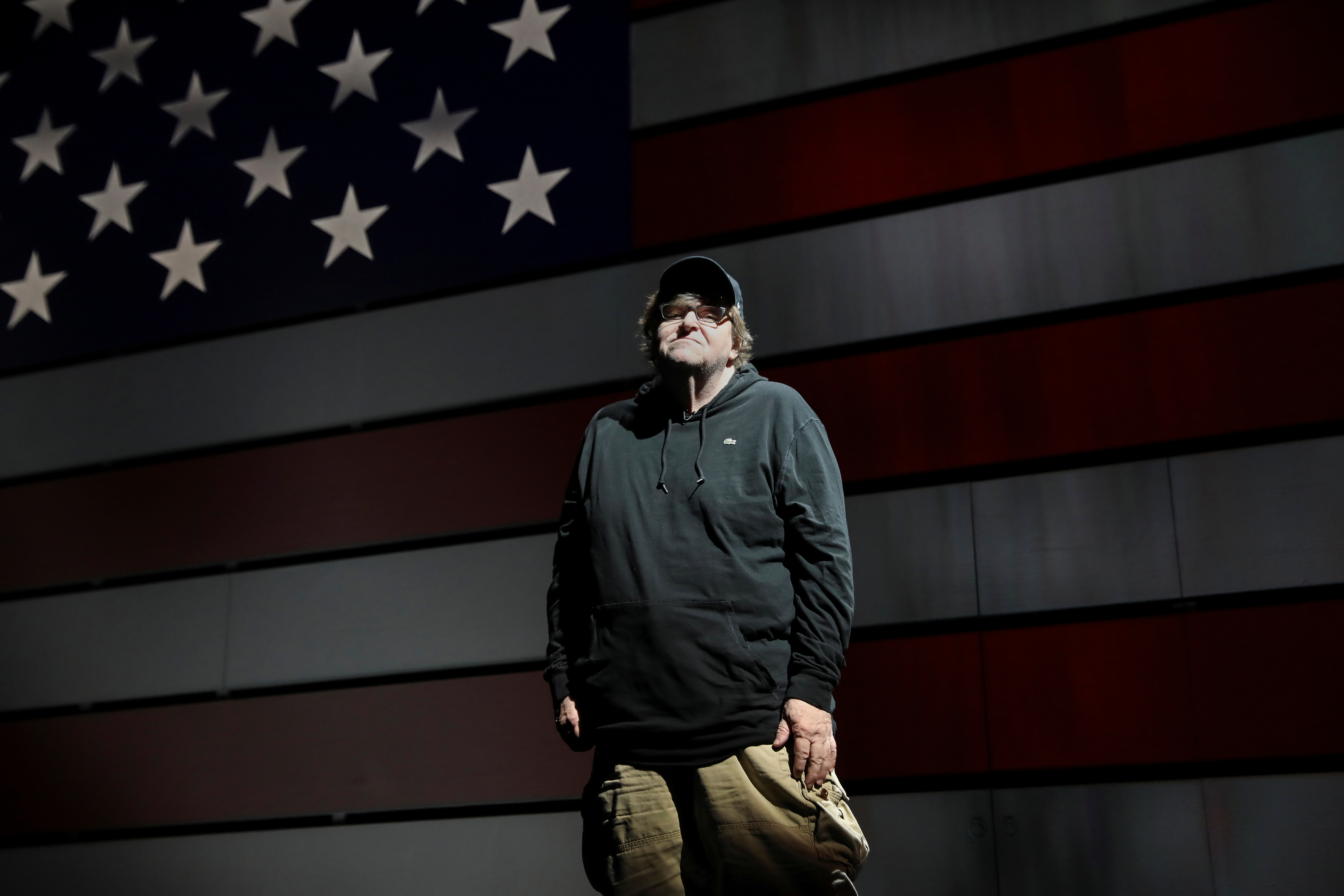 The @NFL‘s decision is in no uncertain terms racist.

The NFL will now impose a fine on players who kneel during the National Anthem but don’t worry, they’re still ignoring their players with traumatic brain injuries. pic.twitter.com/rHX5sTJK8V

The NFL is either …

1. Totally tone deaf to the social issues players are kneeling about, and clumsily navigating a changing societal landscape.

2. A racist cartel who’d actually rather silence those voices in the name of commerce.

Hint: It’s the second one.

Cannot wait to see some of these high and mighty patriots complain they couldn’t get a beer during the anthem https://t.co/fEDCnm3ME0

Me, trying to find any NFL owners with common sense pic.twitter.com/tD1mp9Bql6

I hope the NFL decides to completely stop all concession stand sales during the anthem as well. We wouldn’t want people buying a $10 beer and an $8 hot dog during our sacred anthem.
All TV camera crews must stop filming and direct attention at the flag too.
Just seems fair.

If the NFL thing was about the flag & anthem, you’d be outraged when Trump doesn’t hold a hand over his heart & botches the words. If it was about troops, you’d be as pissed about Niger as about Benghazi. It’s not principle. It’s about control of brown bodies. Stop the bullshit.

The irony of the NFL owners’ action is that *they have now hyper-politicized the anthem, for not just every black player and ally, but every potential anthem singer or Super Bowl halftime performer. That few minutes before a game will now look like a forced nationalistic display.

The NFL will fine you for kneeling, but draft you even if you’ve physically or sexually abused women. #values

Fuck the @NFL. They’re “protecting the flag”, but they’ll still hire you if you beat your wife, your girlfriend, or torture and kill a hundred dogs. But taking a knee is too much. #tailsofjoy

At least now I can go back to detesting the NFL.

The NFL plantation owners passed a policy to make patriotism mandatory for their property. Either pay deference to symbol of white nationalism – which is what the anthem is, or pay a price. This is the answer to the “win” in Georgia and the message couldn’t be clearer.