The NFL recently made a ruling on the national anthem protests, and the vice president was quick to spike the football.

The NFL unanimously approved a new policy that requires players to stand if they are on the field during the national anthem. Teams or players may stay in the locker room if they choose, but if not, they will be fined for every player does not stand for the anthem.

Teams may also fine players who protest the anthem in any way, to include raising a fist.

Vice President Mike Pence tweeted out one word in response to the decision: “Winning.” 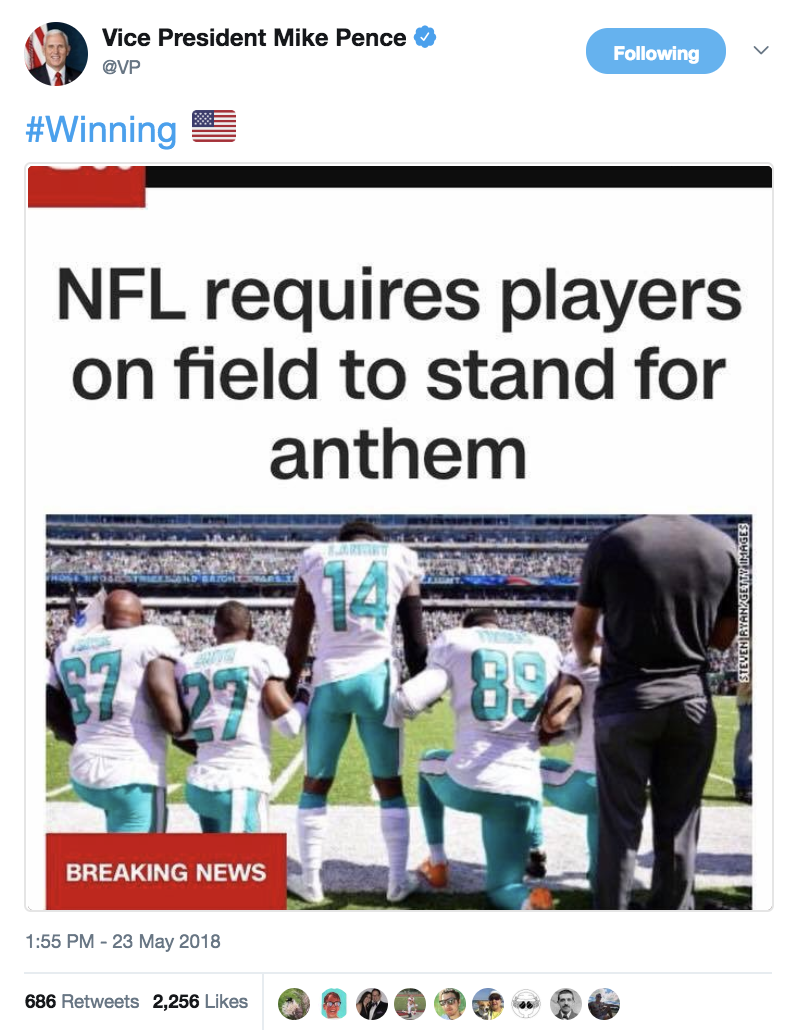 Washington reporters noted that the use of a CNN story was “trollish.”

Pence found himself in the middle of the national controversy this year when he walked out of an Colts game when the players decided to protest. Pence said at the time “I left today’s Colts game because POTUS and I will not dignify any event that disrespects our soldiers, our Flag, or our National Anthem.” 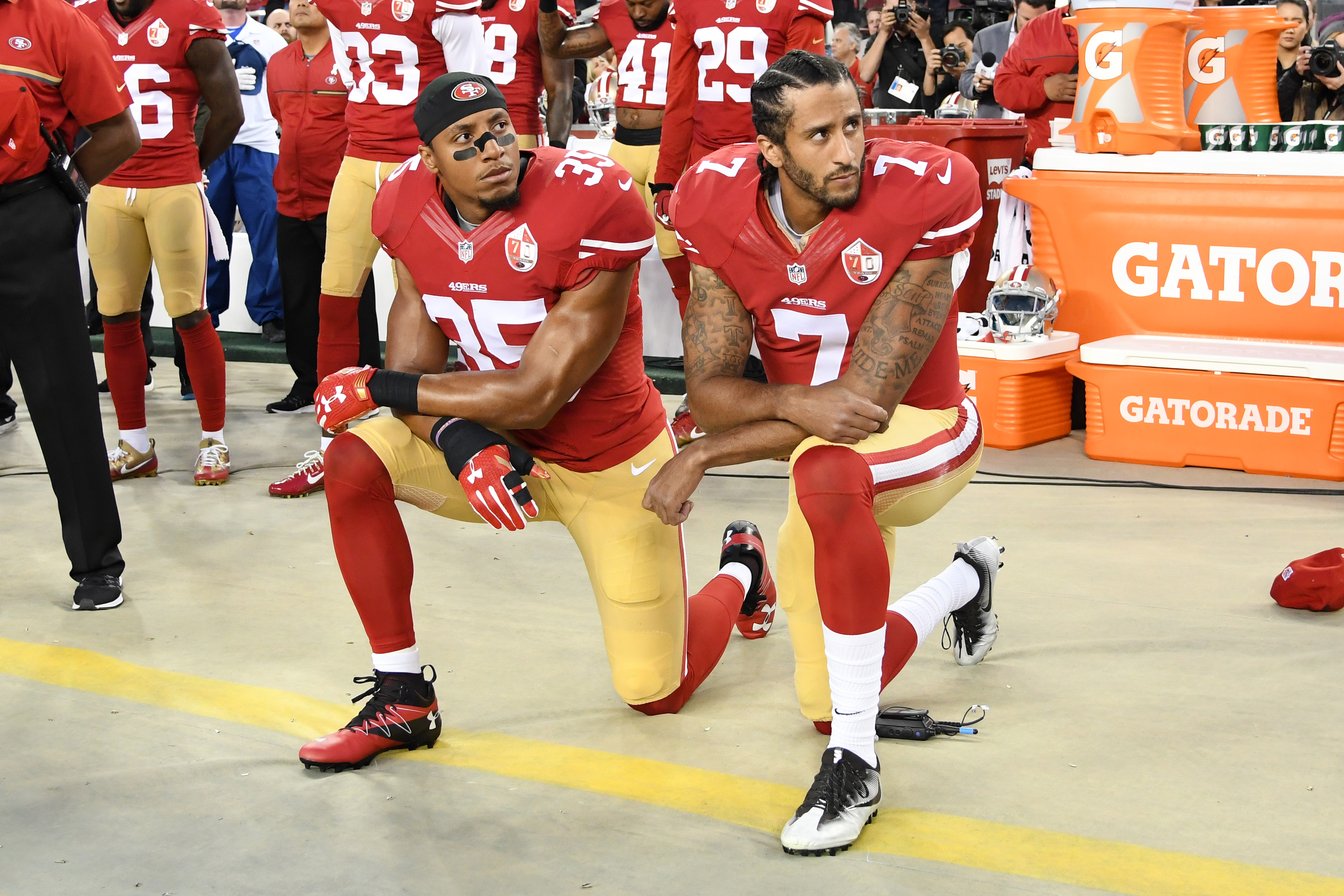 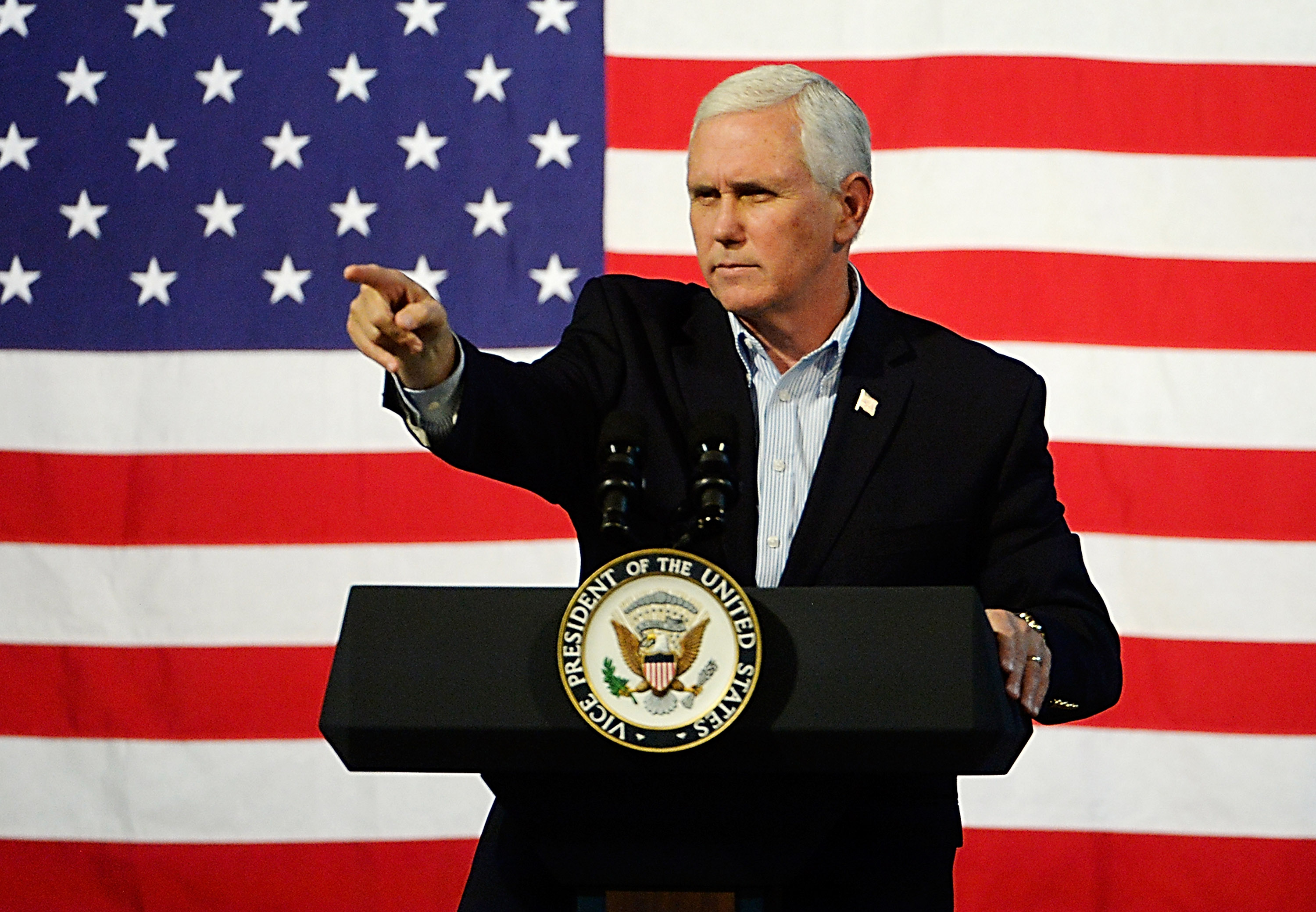 President Trump sparked widespread anthem protests across the league when he called for the firing of Colin Kaepernick and any other player who kneels for the anthem. The previous NFL policy required players to be on the field for the anthem but did not require that they stood during the playing of the anthem. Some players chose to sit, kneel and preform other disrespectful acts during the song.

Leauge commissioner Roger Goodell said in a statement that, “It was unfortunate that on-field protests created a false perception among many that thousands of NFL players were unpatriotic. This is not and was never the case.”