Former Director of National Intelligence has a story to sell you, more accurately, he has a book to sell you. James “the Clap” Clapper is on a book tour that is being greeted by the liberal media like two other recent book tours for James Comey and Michael Wolfe, who were treated as conquering heroes of the #Resistance that were going to deliver a death blow to the Trump administration…only to see the wheels come off soon after hitting book stores. Like Wolff and Comey, Clapper is having difficulty backing up his assertions — in this case that the intelligence community spied on the Trump campaign to protect it.

The idea that the FBI needed to spy on the Trump campaign in order to save it is like Nicolas Cage in “National Treasure,” where he had to steal the Declaration of Independence in order to save it from being stolen by a really bad guy. Unlike “National Treasure,” where Cage tried to warn the National Archives of the gathering threat, Clappy and his fellow travelers didn’t bother to inform anyone in the Trump campaign that the Russians, allegedly, were trying to infiltrate them. Why? If you’re afraid someone is attempting something nefarious to the point that you’d spy on Americans to “protect” them, wouldn’t you do the ultimate “heading them off at the pass” and inform them so they wouldn’t even risk accidentally falling down that rabbit hole? Not if you wanted to gather dirt on them, which seems to be what the “deep state” really has as its objective.

James Clapper said Russian meddling and interference in the 2016 campaign was so extensive that he thinks it had a direct impact on the outcome of the election.https://t.co/jNzZrOsYJW pic.twitter.com/DTsJIBfbub

On his book tour, The Clap is saying he believes the Russians not only tried to interfere with the election, but they actually flipped it and won it for Trump. Hillary Clinton’s campaign spent nearly a billion and a half dollars, more than 2 to 1 what Trump spent, and still lost. Was it because of the several thousands of dollars alleged Russian agents spends on ridiculous Facebook memes, or was it because she was an awful candidate the public had gotten to know over 30 years and decided they wanted no part of? We answer that question on today’s show.

Special Counsel Robert Mueller is attempting to block the trial of Concord Management and Consulting, one of the companies charged by him as members of the conspiracy to influence the election. By law, they are entitled to a speedy trial. But Mueller is trying to deny them that because he never expected any of the 13 defendants he charged to actually want a trial, he expected them to hide in Russia. But Concord called his bluff, and now Mueller is in panic mode, saying he needs more time than the legally required 70 days after filing charges. Either he has the goods or he doesn’t, either the indictments were legitimate and backed up by evidence, or they were for show so his office could claim an accomplishment and advance a narrative. What is Mueller afraid of? We discuss. 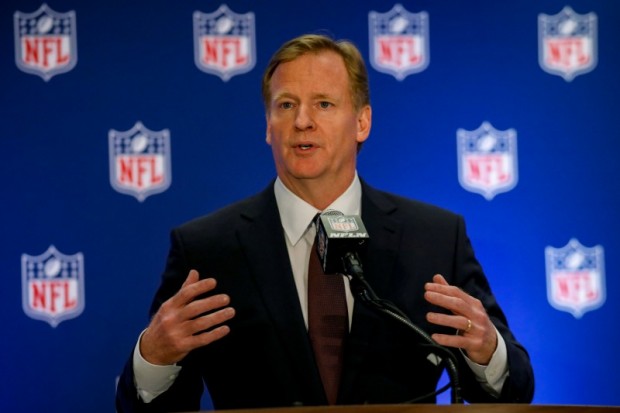 And the NFL thinks they’ve solved their National Anthem problem. The league has introduced a fine and penalty for teams where anyone does not stand at attention for the song before the start of any game. Are Roger Goodell and the gang trying to have it both ways? Will it work, will fans return? Probably not. Listen to find out why.