Sponsored by the Diana Davis Spencer Foundation, the Network for Teaching Entrepreneurship (NFTE) event wowed judges and attendees as they listened to students passionately describe their projects at Washington, D.C.’s W Hotel.

James Madison middle schoolers Michael Colclough, Jr. and his partners Zion Morris and Damon Battle described how their “Life Saver” app would change and save lives. “Have you ever been robbed or in an emergency situation?” Michael asked. He and his team then described how their app would allow those in distress to silently send a message to 911, the hospital or the fire station to alert authorities while keeping aggressors in the dark. 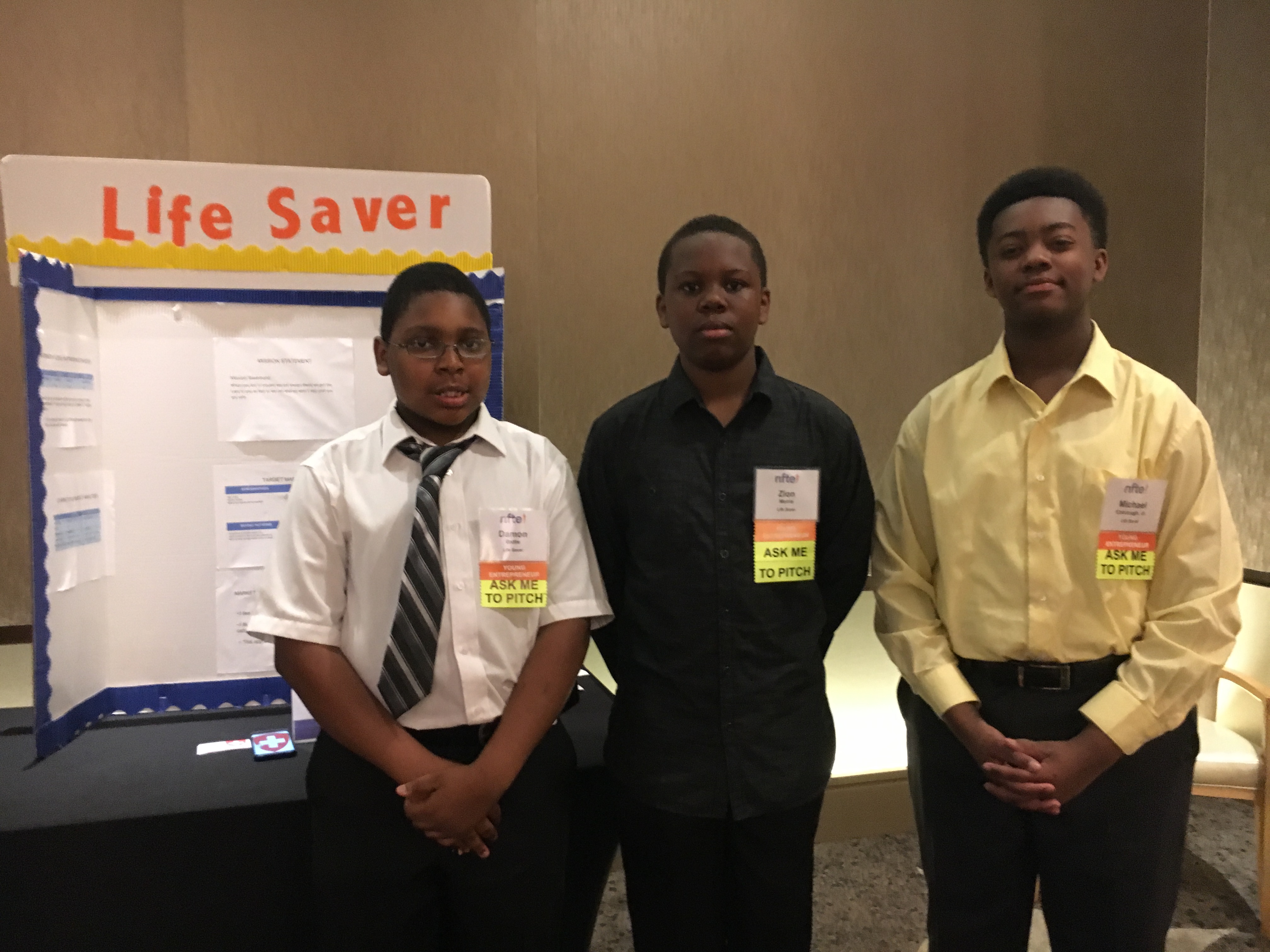 Justin Beidleman explained how he aspires to create a custom iPhone case that is “very protective and also decorative at the same time.” He hopes to use a 3-D printer to create his product and to one day launch a line of protective phone cases that will be produced and distributed across America. “What I do and what I solve is people cracking their phones and other electronic devices,” he said. 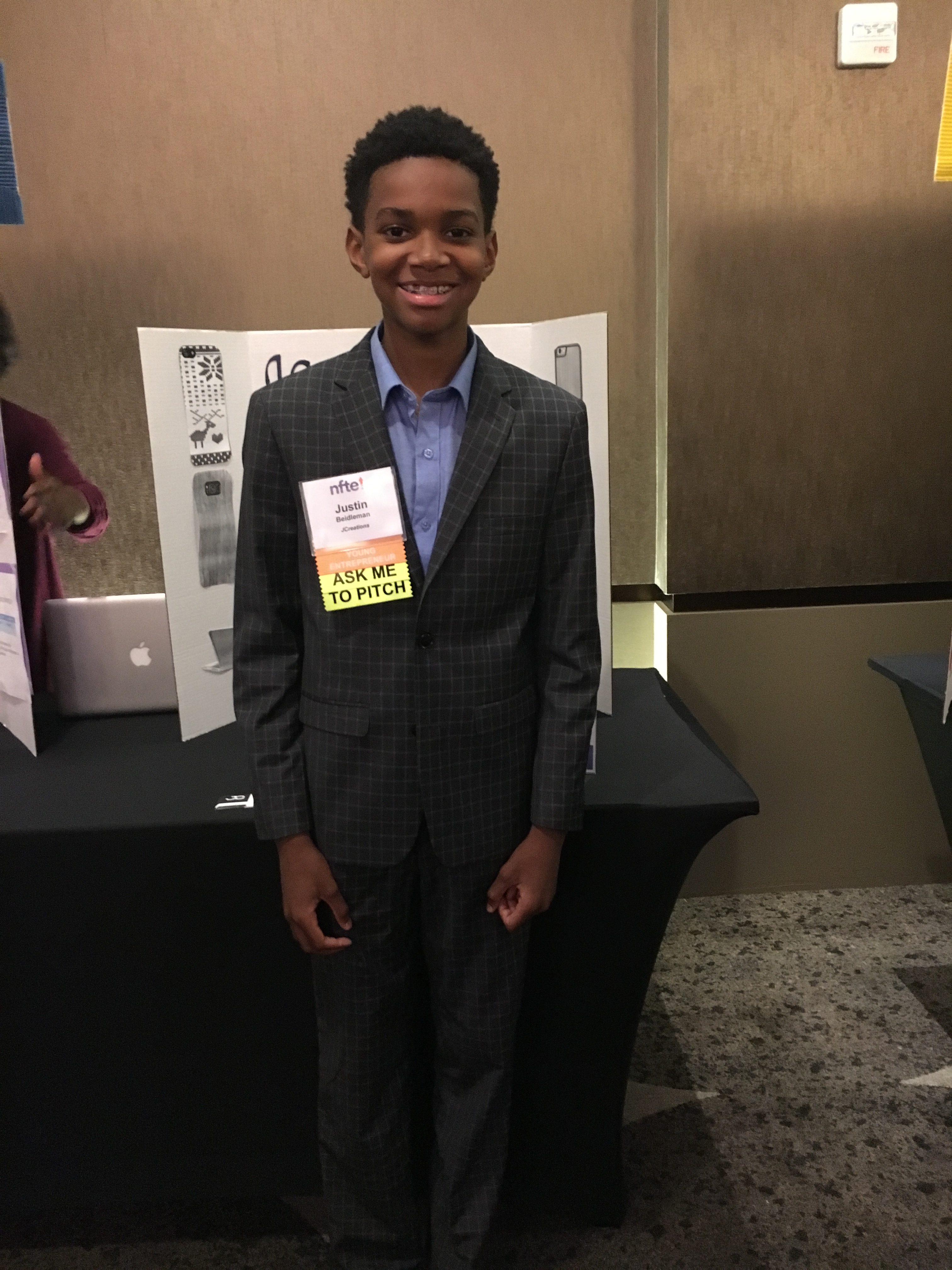 Sixth graders Madyson Dicks, Brian Redmond, Jack Sticht and Jaylen Barnes detailed their “Don’t Smoke, It’s Not A Joke,” app which would deliver a wealth of information about the risks of smoking as well as other healthier alternatives. They also listed their competitors and noted how their app would be superior, namely by its simplicity and zero cost. 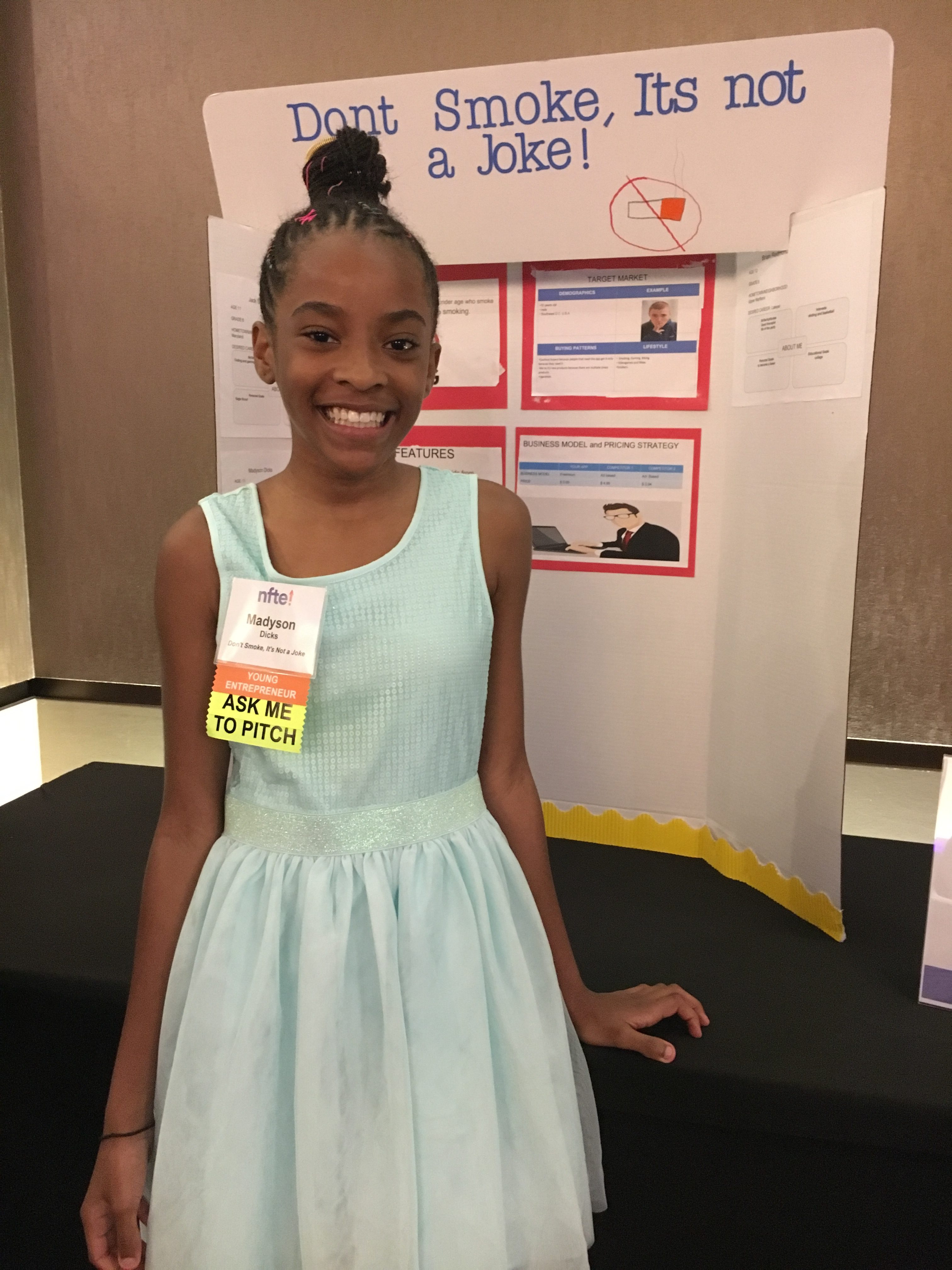 Founded by a school teacher in 1987, NFTE notes that 71 million young people are unemployed because they are not equipped to meet the demands of 21st century, and NFTE seeks to change that. The organization reports that 86 percent of its alumni are employed or are continuing their education, and 50 percent earn more than their colleagues who were not part of the program.

“We must equip young people with an innovator’s eye and a founder’s grit–the skills to excel in an innovation economy. And with economists predicting the jobs of tomorrow don’t even exist today, entrepreneurial skills are skills for life,” NFTE writes on its website. The program regards entrepreneurship and creativity as the best skills with which to attack an ever-evolving innovative economy.