Stallone was at the White House to witness the pardon of the first black heavyweight boxing champion, Jack Johnson.

Johnson was convicted of transporting a white woman across state lines for immoral purposes in 1931, violating the Mann Act. The posthumous pardon was granted by Trump in the Oval Office as the president was surrounded by boxing champions and family members of Johnson.

Trump said, “I am taking this very righteous step, I believe, to correct a wrong that occurred in our history, and to honor a truly legendary boxing champion, legendary athlete and a person that, when people got to know him, they really liked him and they really thought he was treated unfairly.”

In the remarks, Trump turned to Stallone to compliment him on pushing for the pardon over many years.

“Now, you know, everybody knows Sly and what a job he’s done,” the president said. “But Sly is a special guy, and he’s more shy than you would think. So I won’t even tell him, but if you want to say a word, you can, Sly.” 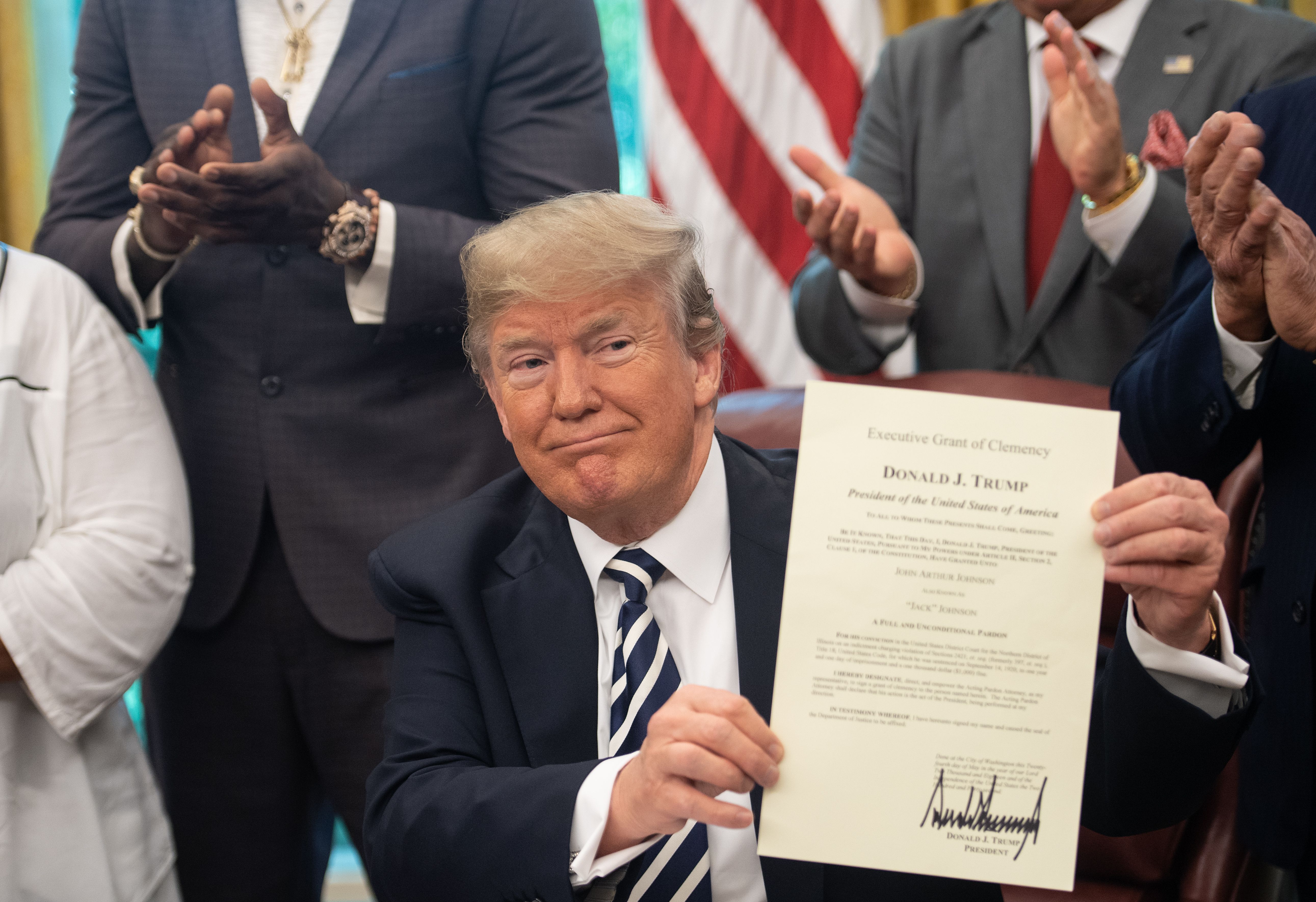 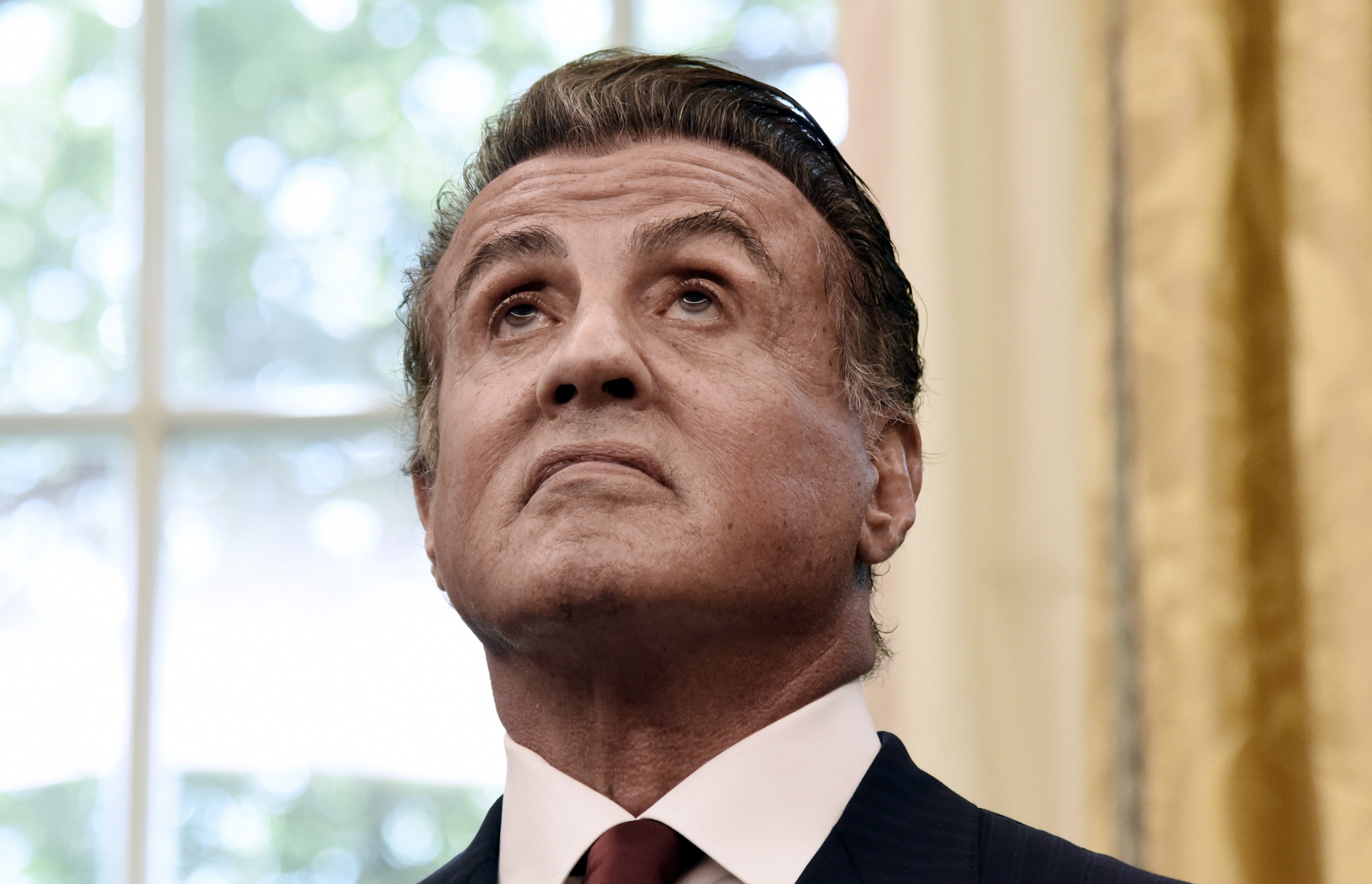 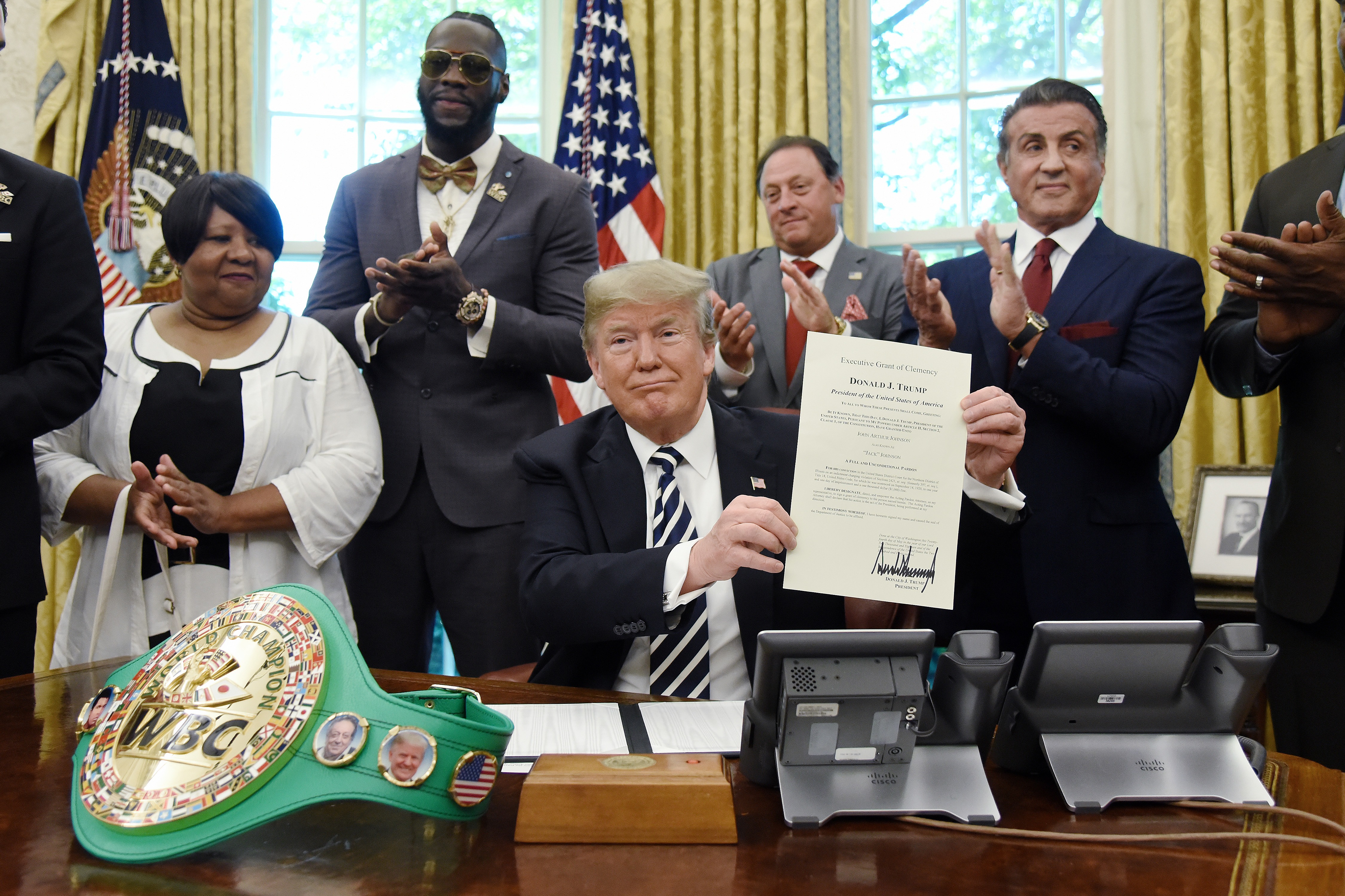 Stallone said one of the most famous characters he ever wrote was based on Johnson:

“I want to thank you, Mr. President.  It’s incredible that you’ve done this because — it’s one thing, I’ve been so blessed with the ‘Rocky’ situation and playing that character.  And actually, when I was writing it, I’m thinking about inspirations for this Apollo Creed, and that was Jack Johnson — this bigger than life, incredible character, and who is, you know, treated so unfairly — his prime was taken away — but somehow he still managed to persevere and kept a smile on his face, and he’s truly an inspirational character. So this has been a long time coming. So it’s an honor to take a fictional character like Rocky, and do something in the world of reality.”

Trump chimed in, noting that a humble Stallone never wanted the credit.

“The beautiful thing about Sly — and I’ve known him for so long, such a great guy — he didn’t want to have any press,” Trump said, “He didn’t want anything.  He just wanted Jack Johnson to be recognized.”

Stallone joked, “I have stage fright.  Can you believe it? After all these years, I just discovered it.” 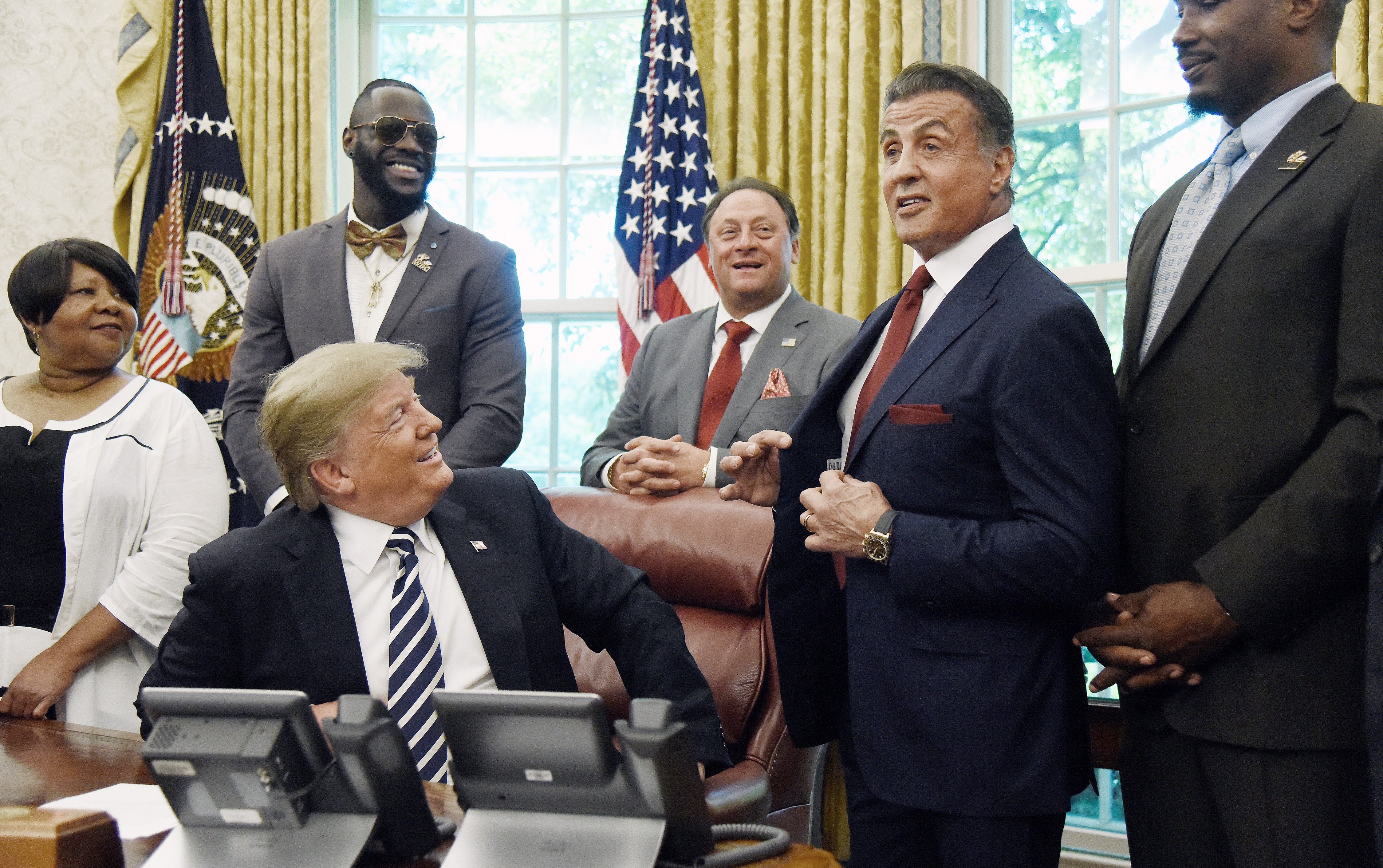 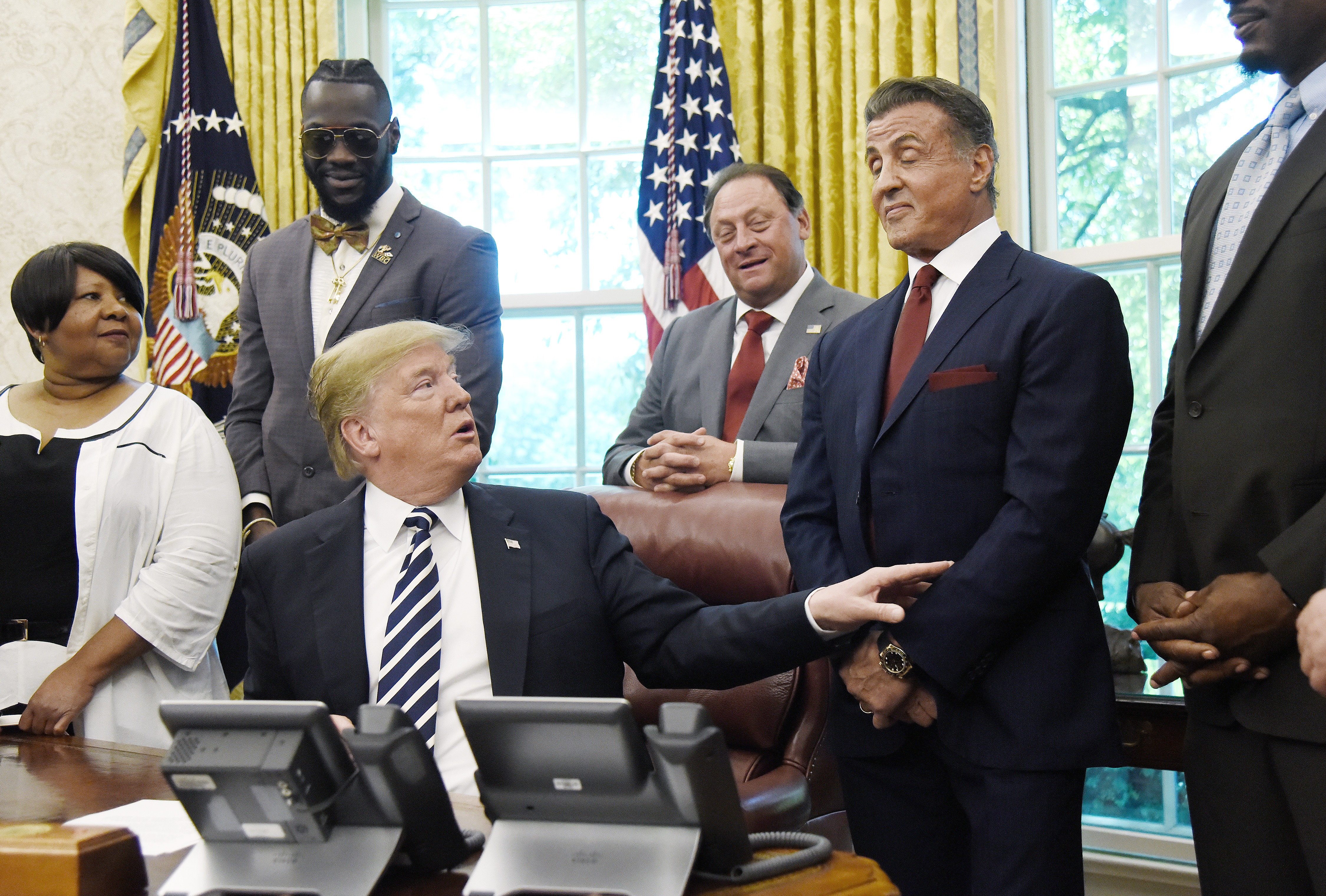 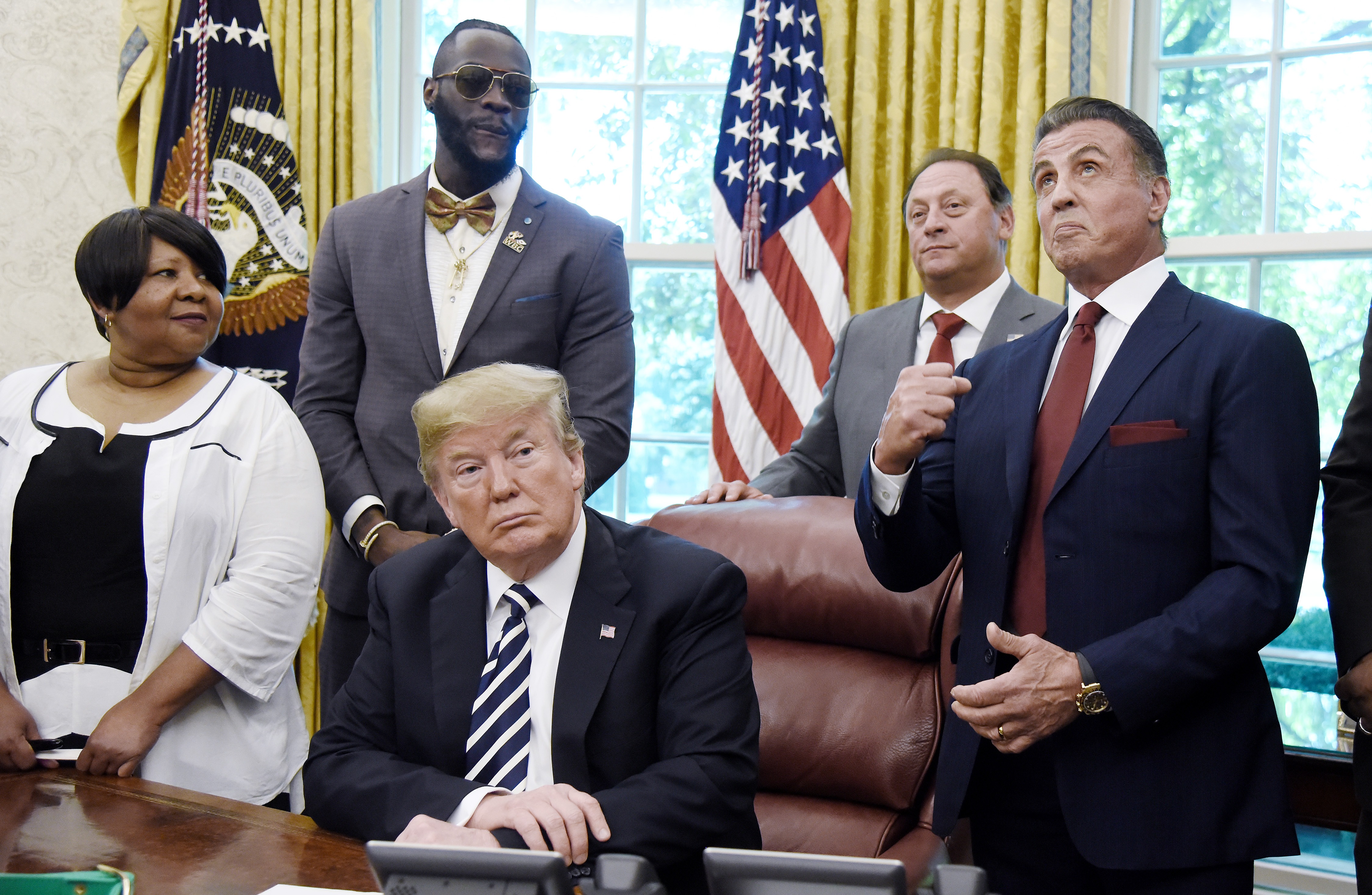 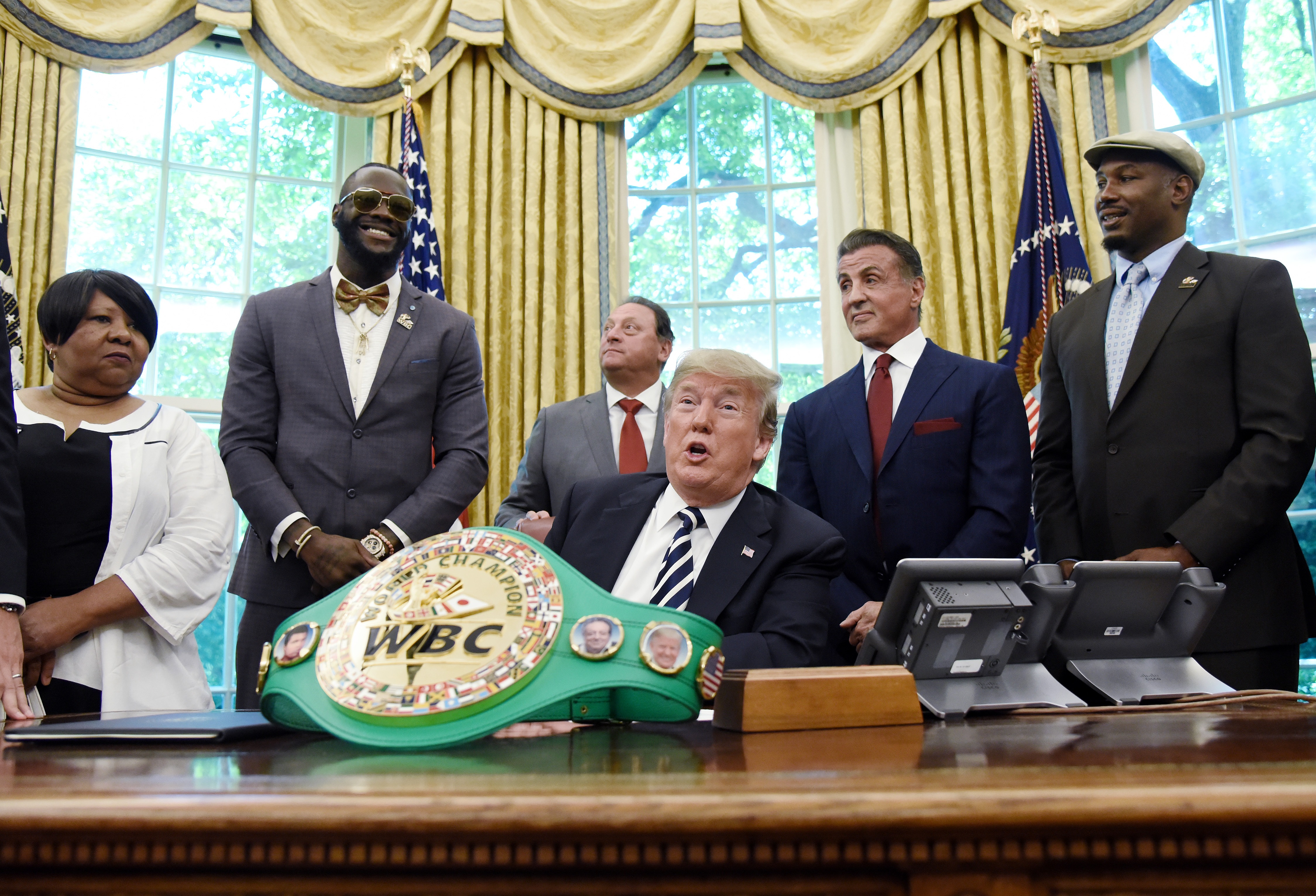 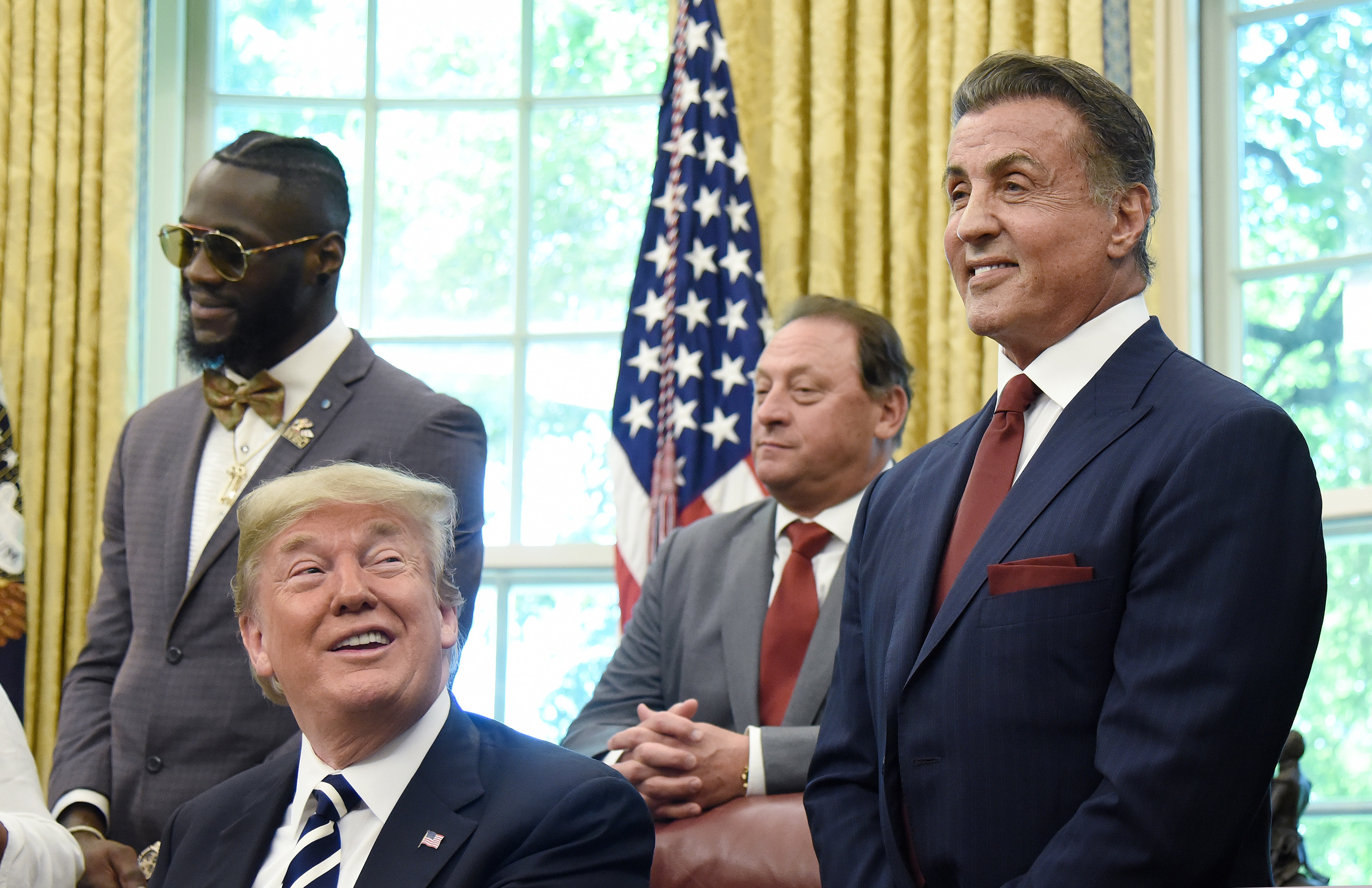 “I don’t think you have any fright,” Trump said, “I’ll tell you what.”

The group then gave Trump a boxing glove and Stallone said, “They expect you to start training immediately.”

“Getting ready for a rematch,” Stallone said.