The summit with North Korea is off, or is it? As the situation is in flux, Democrats are scrambling to accuse President Trump of dropping the ball and giving Kim Jong-Un a victory on the international stage. They’re cheering, actually. But this is the “Art of the Deal,” this is what Trump does. And now North Korea is saying they want to meet again, which makes Democrats look even worse. In the past few weeks, liberals have sided with Hamas against the U.S. and Israel, with MS-13 against Trump calling them “animals,” and now the North Koreans against the United States. How long till Kim is declared the Democratic Party’s nominee for 2020? We mock them roundly. 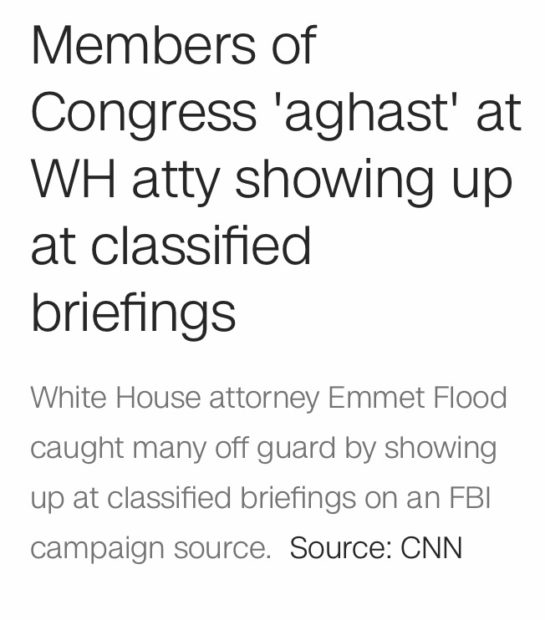 Jake Tapper delivered a monologue Thursday, couched as a report, on how members of Congress were “aghast” by the White House sending Chief of Staff John Kelly and deputy White House Counsel Emmet Flood attended the classified briefing of the “Gang of 8” intelligence heads in Congress. So who was “aghast”? An anonymous Democrat staffer. But that didn’t stop CNN from framing it as if it was the sentiment of many, if not most, people in attendance. We dissect it thoroughly and expose the subtle ways the media manipulate their audience by not only what they say, but how they say it.

Hillary Clinton won’t go away. After lecturing women on how they disrespected themselves by voting for Donald Trump, and standing on stage laughing hysterically as Madeleine Albright said, “There’s a special place in hell for women who don’t support other women,” Hillary endorsed New York Governor Andrew Cuomo for re-election over challenger Cynthia Nixon. Is there an extra special place in hell for hypocrites?

Democrats attempted a hit-job on a Trump judicial nominee Thursday, trying to paint Wendy Vitter as a racist who doesn’t support Brown vs. Board of Education. It’s standard practice for judicial nominees to not comment on specific cases, already decided or not, because it could compromise their objectivity should a similar case come before them. Democrats, knowing that, chose Vitter and the landmark civil right case specifically to try to create outrage over Vitter to claim a scalp. We tell you how it happened, play you the clips from the hearing, and rip it apart. It’s pretty disgusting.

The land down under is thinking about banning books from school libraries that use gender-specific pronouns. Why? Because liberals won’t stop until everyone is wearing the same unitard, has the same bowl-cut hairdo, and gender no longer exists. The party of science sure likes to deny biology.

Books and toys could be BANNED from schools in radical push to make classrooms ‘gender-neutral’. pic.twitter.com/dDCxQYEMiu

Jack Johnson, the first black heavyweight champion of the world, was pardoned Thursday by President Trump. Convicted of violating the Mann Act, a racist law passed by Democrats to target inter-racial couples, Johnson served 10 months in prison. He’s now been pardoned. Since everything is political, some liberals tried to make this pardon about Barack Obama, saying he didn’t pardon Johnson because he was very worried about the pardon process being seen as political. Of course, Obama commuted the sentences of terrorist Oscar Lopez Rivera and traitor Bradley Manning for political purposes, but why let the facts stand in the way of a good narrative? 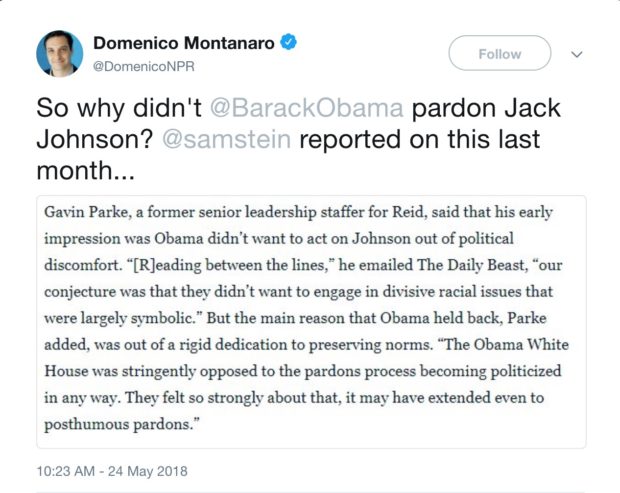 Finally, from the “don’t be an idiot” file, a man in a kayak picked a rattle snake out of the water and swung it around, getting bitten in the process. He nearly died. Why did he pick up a poisonous snake? Because he thought is was an alligator. Don’t be an idiot.

1
'Mommy And Daddy' Escort 'Antifa Kid' Suspected Of Kicking Off Riot To Turn Himself In
US
2
At Least 5 Police Officers Shot, 1 On Life Support As Rioters Across The Country Attack Law Enforcement
US
3
Whoopi Goldberg To Rioters: 'If You Burn Everything Down,' We 'Still Have To Come Up With A Solution'
Entertainment
4
UFC Superstar Stops Rioters In Awesome Video
Editorial
5
Tucker Carlson Rips Jared Kushner: Trump's Instincts 'Have Been Subverted At Every Level'
Media