The media is now openly speculating about Melania Trump since she hasn’t made a public appearance in about two weeks.

The Washington Post ran a story Friday titled, “Trump says the first lady is ‘doing great.’ She hasn’t been seen in public for two weeks.”

However, despite the headline, the Post’s story actually does contain a comment from Melania Trump’s spokeswoman Stephanie Grisham.

First lady Melania Trump has reportedly been spending her time working on her initiatives to help the well-being and children and fight bullying.

Grisham said, “We’ve had several internal staff meetings in the past week around a variety of topics, including her initiatives.” 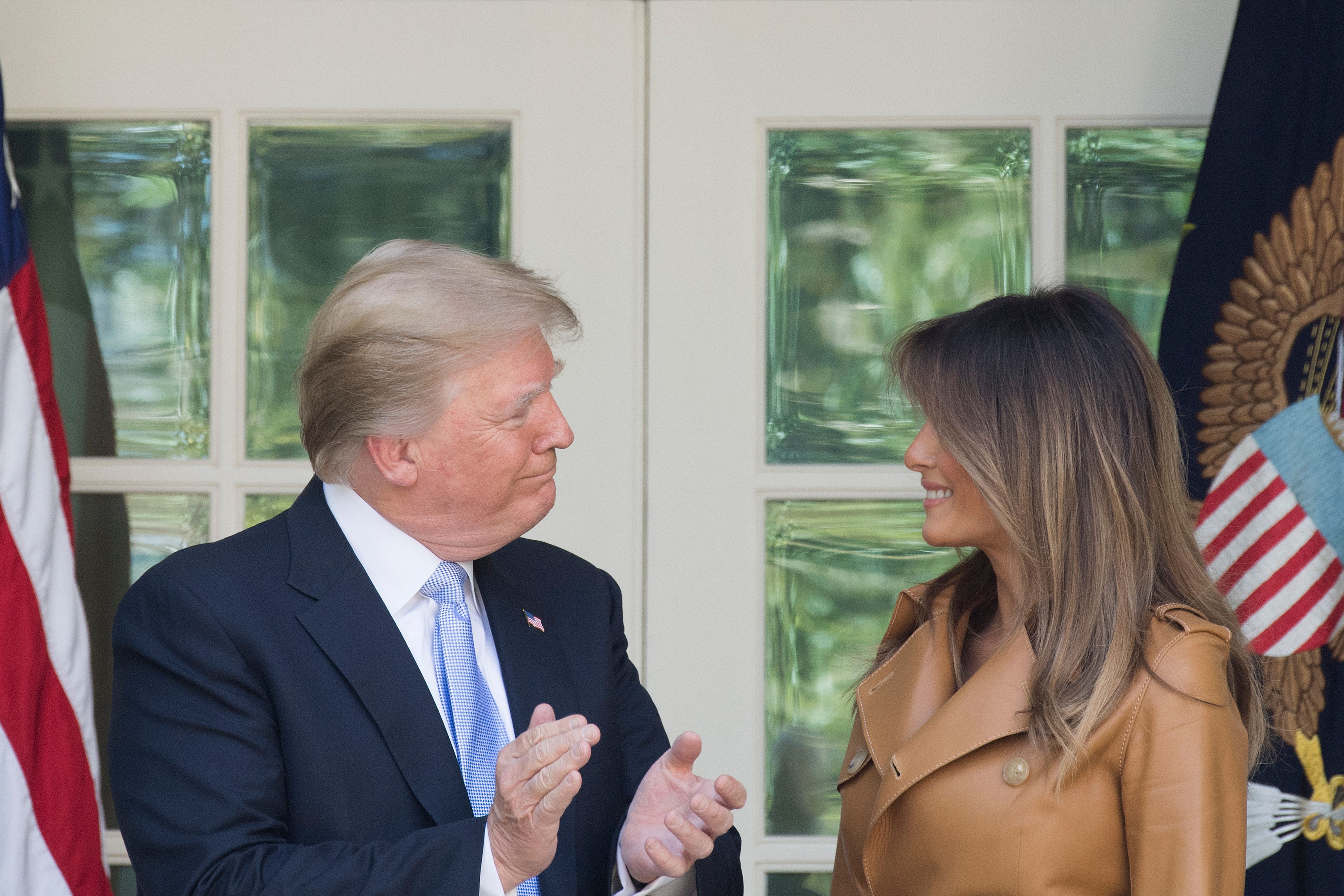 Melania announced her “Be Best” anti-bullying initiative earlier this month and President Trump signed it.

“Melania, your care and compassion for our nation’s children — and I have to say this and I say it to you all the time — inspires us all,” Trump said. (RELATED: WATCH: Trump Signs Melania Trump’s Anti-Bullying Initiative)

“There are too many critical issues facing children today so the three main pillars of BE BEST will include well-being, social media use, and opioid abuse,” Melania said when introducing her initiative.

“We can and should teach children the important of social and self-awareness, positive relationship skills, and responsible decision making.” (RELATED: Melania Trump Announces ‘BE BEST’ Campaign For Children) 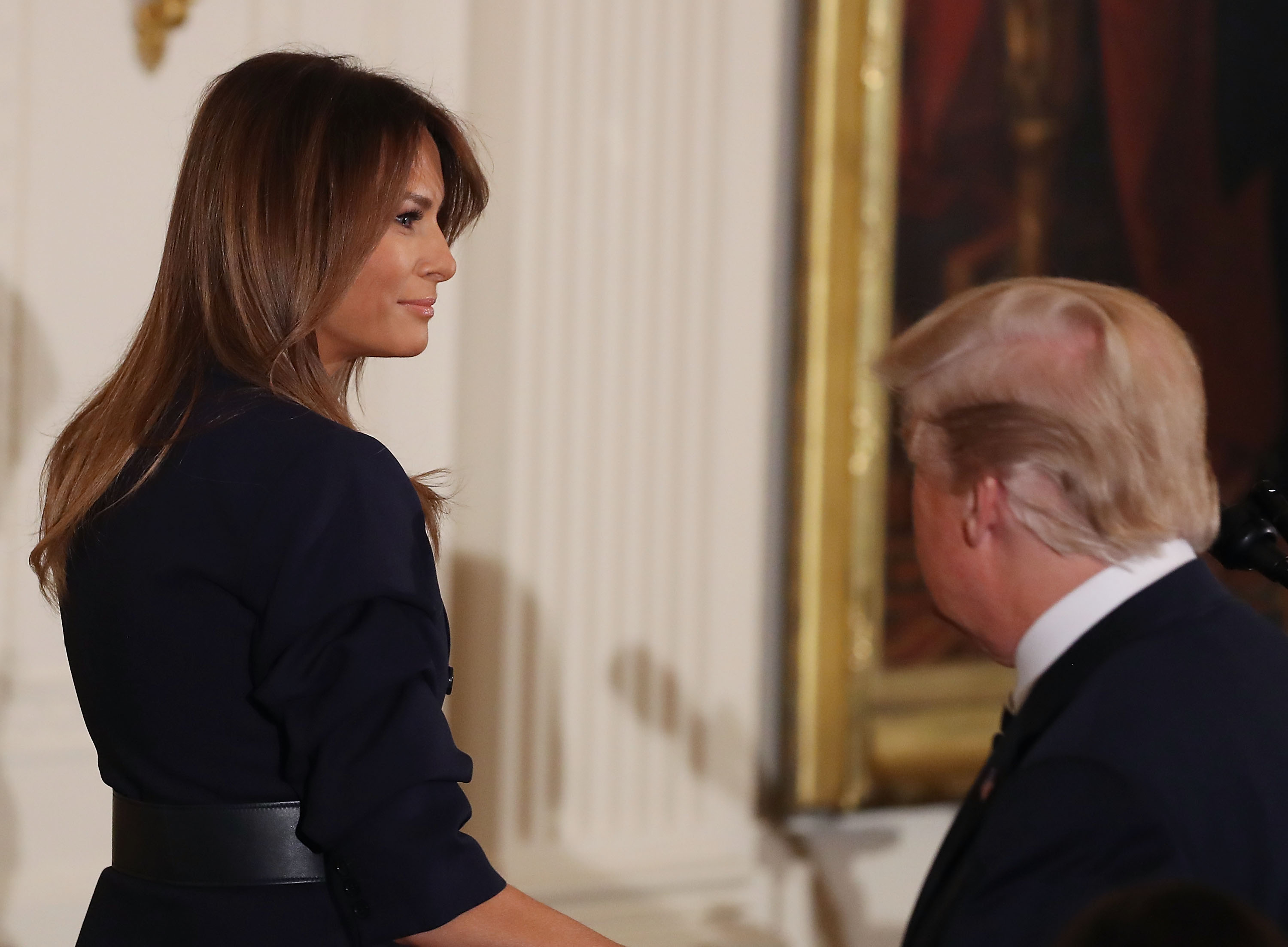 WASHINGTON, DC – MAY 09: First lady Melania Trump prepares to speak at an event to celebrate military mothers and spouses, in The East Room at the White House on May 9, 2018 in Washington, DC. (Photo by Mark Wilson/Getty Images)

Melania is also recovering from a minor kidney surgery she recently had. President Trump was asked about her health at the White House Friday. Trump said, “She’s doing great.”

He also pointed to a window in the White House and said, “Right there. She’s doing great. Just looking at us, right there.” (RELATED: Trump Points To Melania’s White House Window And Gives An Update On Her Health) 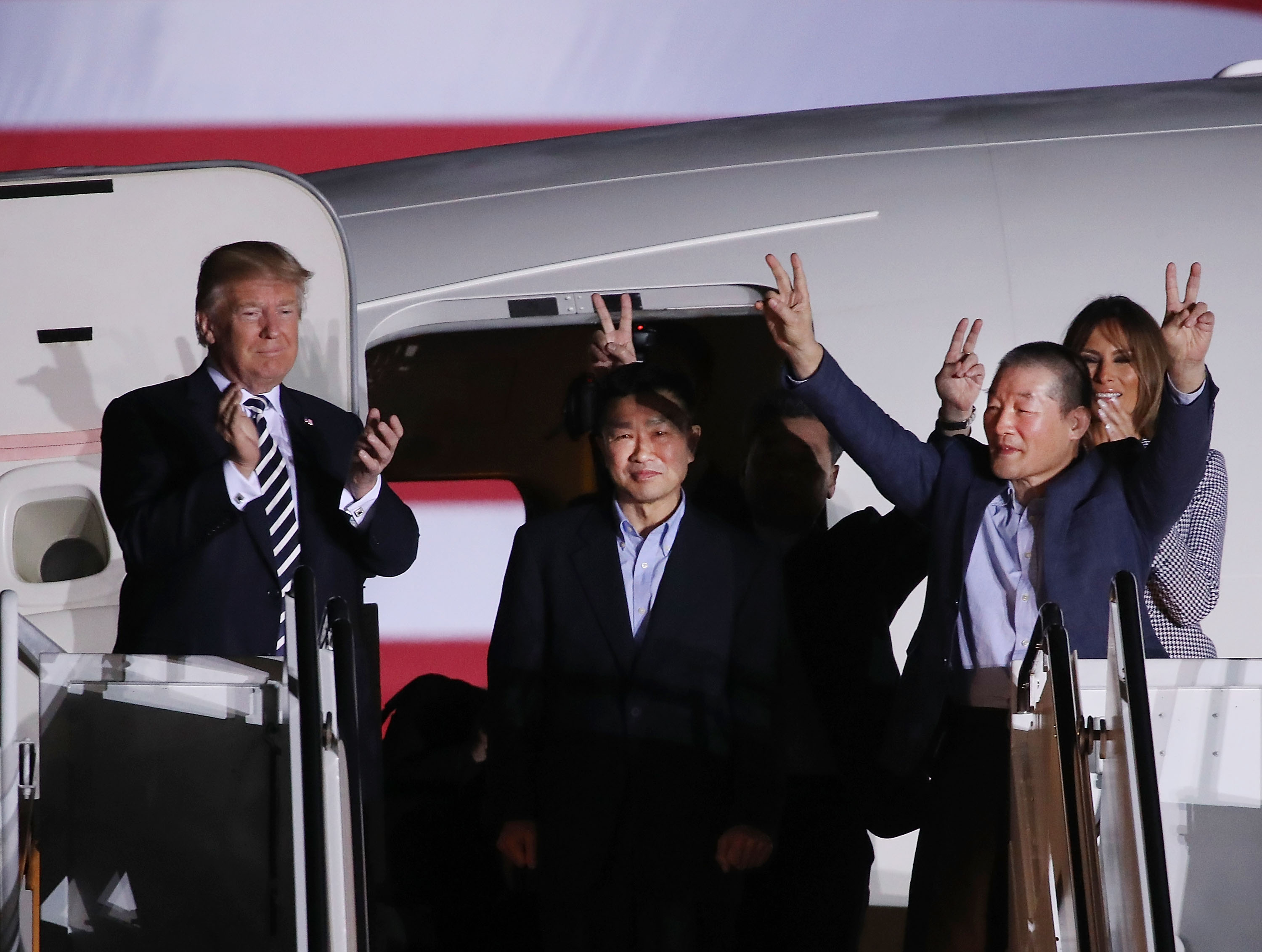 JOINT BASE ANDREWS, MD – MAY 10: U.S. President Donald Trump and first lady Melania Trump greet the three Americans just released from North Korea, Kim Dong Chul, Kim Hak-song and Tony Kim, upon their arrival on May 10, 2018 at Joint Base Andrews, Maryland. Secretary of State Mike Pompeo traveled to North Korea and returned with the three men who have been detained in North Korea. (Photo by Mark Wilson/Getty Images)