“We got you, Harvey Weinstein, we got you,” the 44-year-old actress tweeted to her thousands of followers after the disgraced movie mogul turned himself in to authorities in New York.

Weinstein has faced accusations from more than 80 women following the shocking exposés last October in The New York Times and The New Yorker that detailed numerous allegations of sexual misconduct against him. 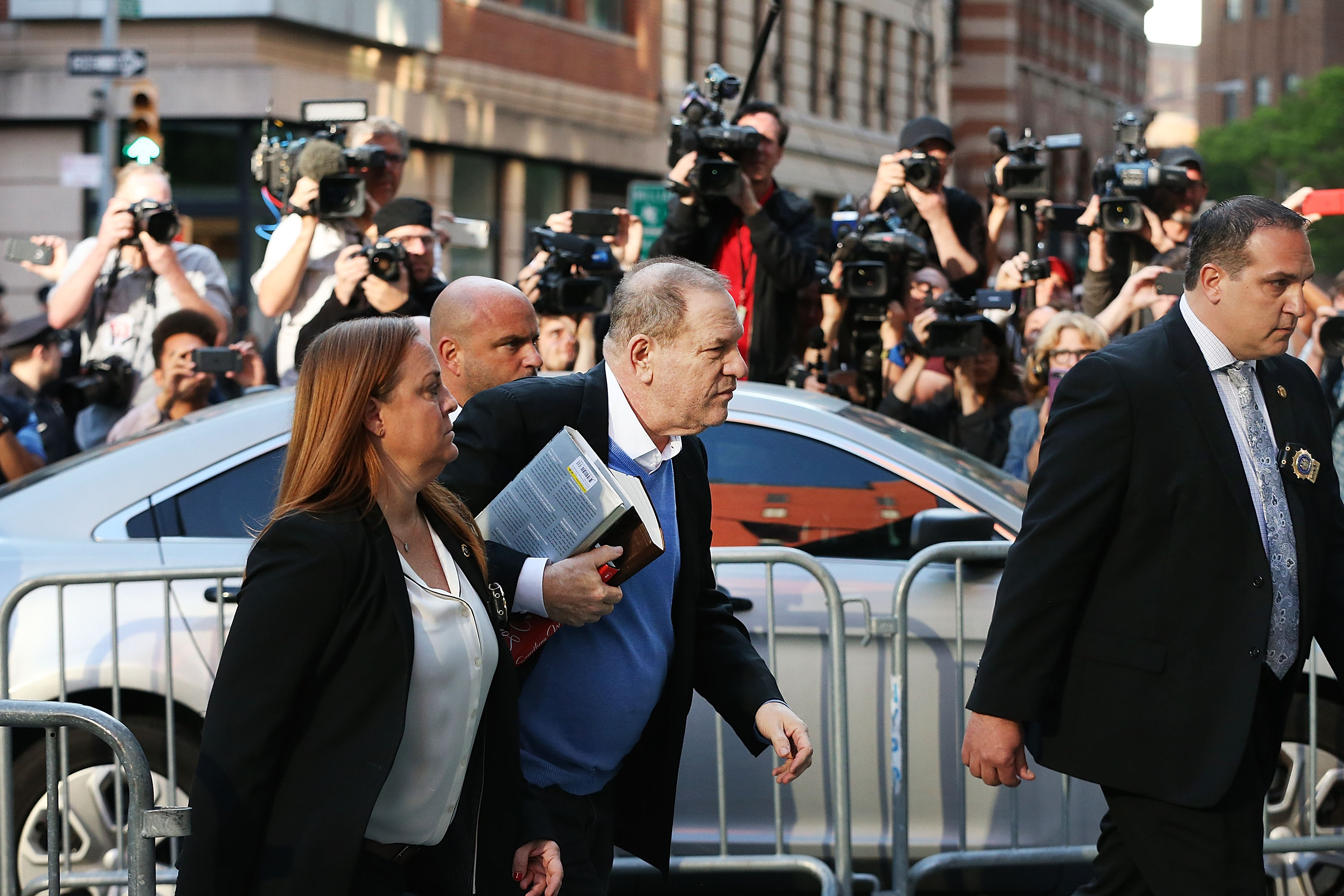 Harvey Weinstein arrives at the New York Police Department’s First Precinct to turn himself in after being served with criminal charges by the Manhattan District Attorney’s office on May 25, 2018 in New York City.  (Photo by Spencer Platt/Getty Images)

We got you, Harvey Weinstein, we got you

Later, the actress appeared on Megyn Kelly Today and said, “The man who pinned me down had handcuffs on him today.”

“The man who pinned me down had handcuffs on him today.” @rosemcgowan on Harvey Weinstein #MegynTODAY pic.twitter.com/qJydUotPpL

#Justice…
Harvey Weinstein will be charged with rape, abuse https://t.co/K4EWGYPnsp

For everyone who has been abused, for all those years we suffered, alone, in silence, for those still suffering. This is for us all. This is why we spoke. Today is only one step but we will stand together, fight for justice, & change the world, no matter how long it takes. #metoo

I’m crying. This is one step in the right direction, there is still a long road ahead, but for every person who has been abused, for those of us who have spoken either publicly or privately to bring these abusers down, this is a victory.
#metoo https://t.co/SdmKwjmG63

No one made millions. Except the people that defended him and did business with him.

Wipe that smile off your face you fucking monster

FINALLY JUSTICE IS SERVED 4 THESE VICTIMS, WHEN WILL THIS TIME COME 4 THOSE WHO HAV STOLEN THE INNOCENCE OF CHILDREN?!? #Kids2 #THETRUTHISCOMING #PRESERVEINNOCENCE https://t.co/bejVvonbDf

When you went on record, @AsiaArgento you were sure this day would never come, that you would be crushed, that you were alone. And yet you did it anyway. #perpwalk pic.twitter.com/sGzI1qUjx7

Today is a day I never thought I’d see when I came forward 22 months ago alone. Thank you for listening to women. https://t.co/KoTe2JkKEs #justice #befierce #standup #speakup #metoo #timesup #HarveyWeinstein