“We are excited to host Trace Adkins to warm-up the crowd for President Trump prior to the MAGA Rally on Tuesday in Nashville,” Michael Glassner, Chief Operating Officer for Donald J. Trump for President, shared in a press release to The Daily Caller. 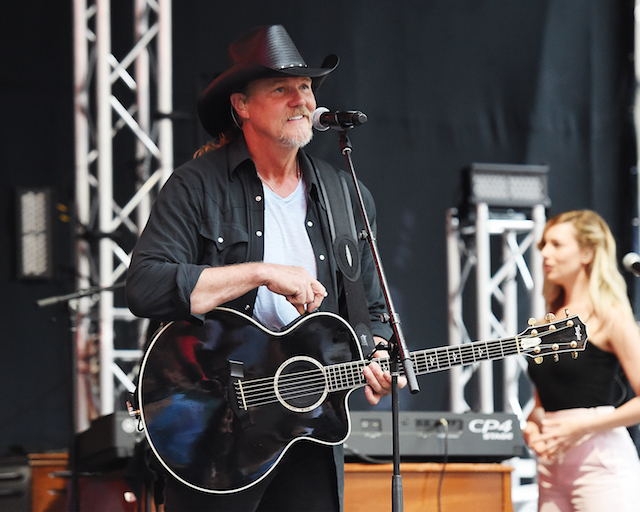 “As a huge supporter of the Wounded Warriors Project that helps our great veterans, and so many other important charities, Trace will help set the perfect patriotic tone for the rally,” he added. “This will be a special treat for President Trump’s supporters Tuesday night.”

The “Still A Soldier” singer partnering up with the president will be a reunion of sorts as Adkins was a finalist on season 7 in 2008 on “Celebrity Apprentice” run by the then-reality star Trump.

Last fourth of July, Adkins joined with other stars in the the nation’s capital for a star-studded patriotic celebration in PBS’s “A Capitol Fourth” in Washington, D.C.

He has been an active supporter of the Wounded Warriors Project since 2008 and has taken part in USO Tours around the world.

“All I can say is thank you to veterans,” Adkins shared in an interview in 2016. “And hopefully bring a smile to people’s faces every now and then, and sing some songs they may enjoy hearing and just let them know that they’re appreciated and I’m just trying to do my tiny little part.”

The MAGA rally takes place Tuesday, May 29 at 7 p.m. in Nashville, Tennessee.