President Donald Trump was asked about first lady Melania Trump at the White House Friday; he responded by pointing up to her window and giving an update on her health.

A reporter shouted a question about Melania’s health.

He then pointed to a window at the White House and said, “Right there. She’s doing great. Just looking at us, right there.”

First lady Trump underwent a minor surgery on a kidney issue this month. She is recovering well and has already returned home. (RELATED: UPDATE On Melania Trump’s Health: She’s Handling It Like A Complete Champ)

Great to have our incredible First Lady back home in the White House. Melania is feeling and doing really well. Thank you for all of your prayers and best wishes! 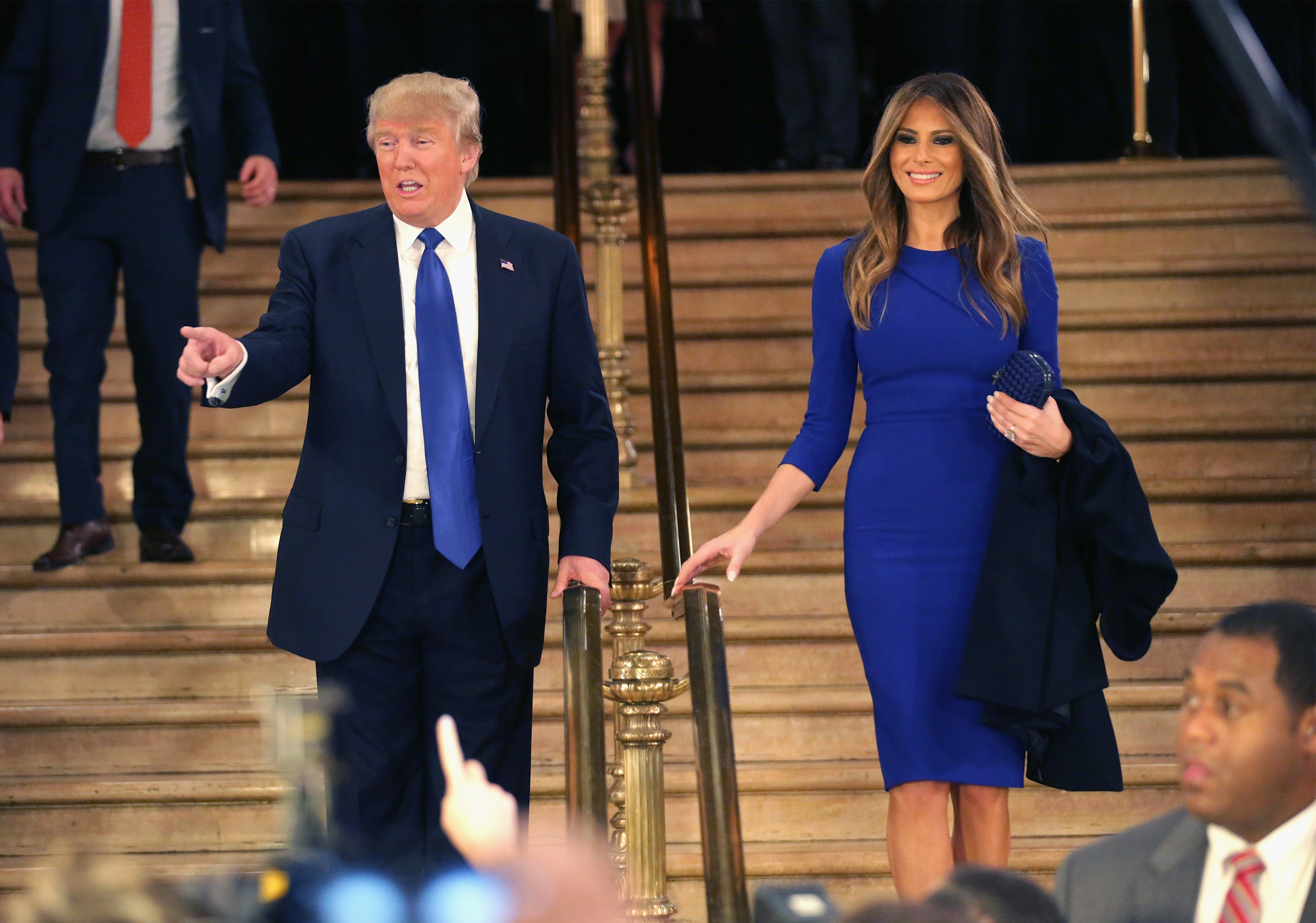 Donald Trump and his wife Melania greet reporters in the spin room following a debate sponsored by Fox News at the Fox Theatre on March 3, 2016 in Detroit, Michigan. (Photo by Chip Somodevilla/Getty Images)