North Korea demolished the Punggye-ri nuclear test site Thursday, a sign that the regime may be serious about its plans to discontinue nuclear testing.

North Korea has conducted a total of six nuclear tests at the Punggye-ri test site since the first test in 2006. While the first test produced an explosive yield of only a few kilotons, the most recent test, conducted last September, involved a two-stage thermonuclear bomb (hydrogen bomb) with significant explosive power. (RELATED: North Korea Demolishes Its Punggye-ri Nuclear Test Site)

Since North Korea’s test of a hydrogen bomb last year, there has been significant speculation about the status of the nuclear test site. While some claim the blast damaged the site, rendering it useless, others argue that the North could carry out additional testing in the other tunnels.

North Korea did not invite any international investigators or foreign experts Punggye-ri, perhaps to avoid having its nuclear secrets leak out, so it is difficult to know whether the North has destroyed the test site or not. 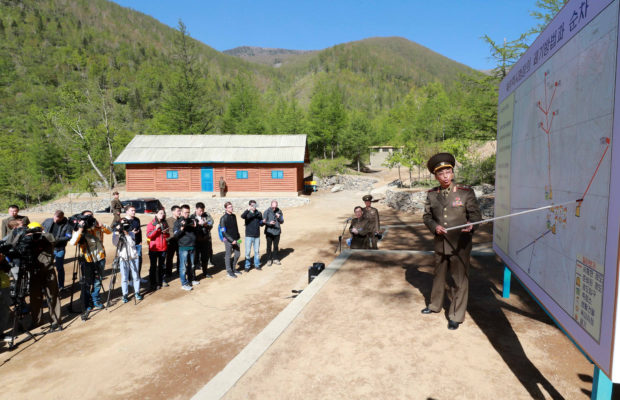 A North Korean official explains the procedure and process of dismantling Punggye-ri nuclear test ground before they blow up the facilities in Punggye-ri, North Hamgyong Province, North Korea May 24, 2018. Picture taken May 24, 2018. News1/Pool via REUTERS 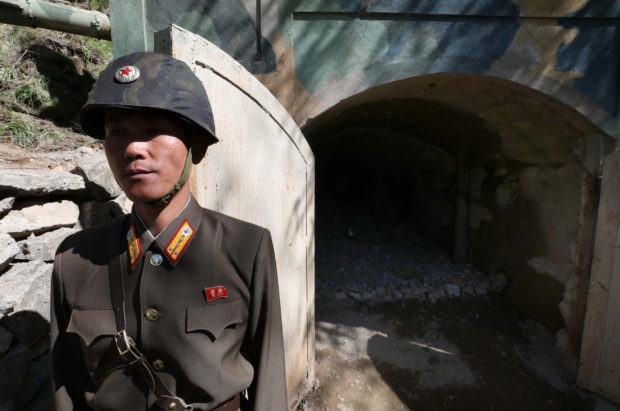 A North Korean soldier stands guard in front of the second tunnel of Punggye-ri nuclear test ground before it is blown up during the dismantlement process in Punggye-ri, North Hamgyong Province, North Korea May 24, 2018. News1/Pool via REUTERS 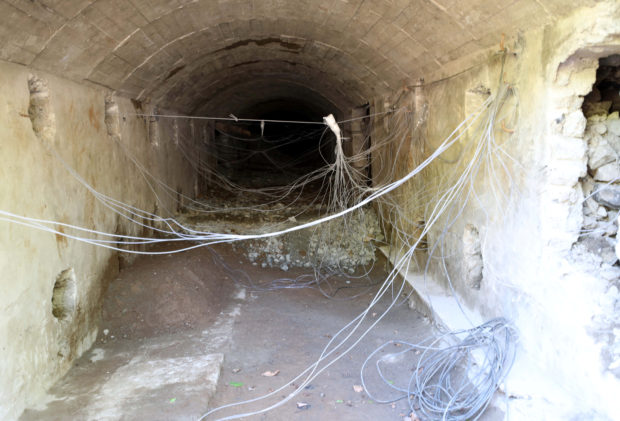 The third tunnel of Punggye-ri nuclear test ground is seen before it is blown up during the dismantlement process in Punggye-ri, North Hamgyong Province, North Korea May 24, 2018. Picture taken May 24, 2018. News1/Pool via REUTERS

The tunnels were reportedly rigged with explosives to ensure that the tunnels would collapse in on themselves during the demolition process. Watching from a safe distance, the journalists present were able to observe history — the Punggye-ri nuclear test site being blown to bits. 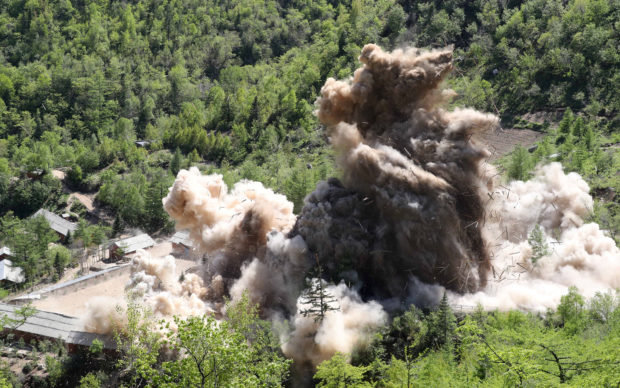 A command post of Punggye-ri nuclear test ground is blown up during the dismantlement process in Punggye-ri, North Hamgyong Province, North Korea May 24, 2018. Picture taken May 24, 2018. News1/Pool via REUTERS 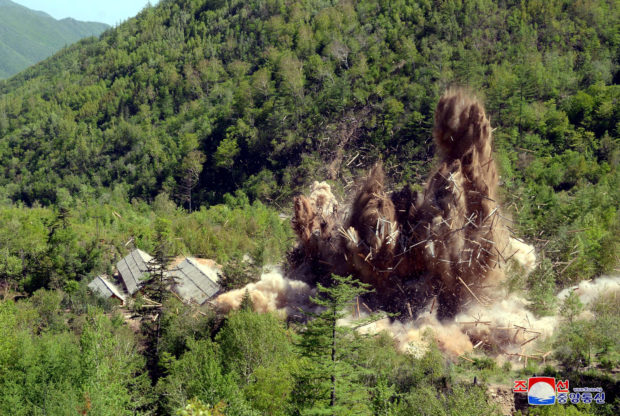 North Korea’s nuclear test center was completely dismantled in accordance with the decision of the 3rd Plenary Meeting of the 7th General Conference of the Workers’ Party of Korea in this undated photo released by North Korea’s Korean Central News Agency (KCNA) in Pyongyang May 24, 2018. KCNA/via REUTERS 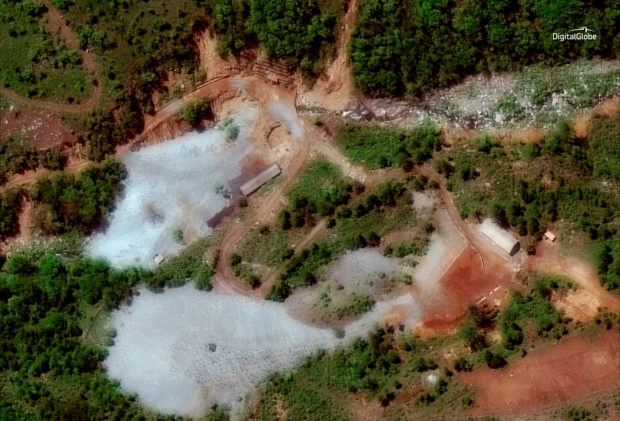 The president, along with White House officials, revealed that North Korea had become uncooperative and hostile, lashing out and criticizing American officials. Trump did not eliminate the possibility of future talks.

North Korea responded with a gentle message, one inconsistent with its recent language.

“Our goal and will to do everything for peace and stability of the Korean peninsula and mankind remains unchanged, and we are always willing to give time and opportunity to the US side with a big and open mind,” the North Korean foreign ministry said in a statement, adding, “We express our intent that there is a willingness to sit at any time, in any way to resolve issues.”

It remains to be seen whether or not the two sides will sit down together.