The Daily Caller recently had an opportunity to talk with the sentinels who guard the Tomb of the Unknown Soldier for 24 hours a day, 7 days a week.

“Many people think that the ultimate sacrifice is giving up your life. But these soldiers gave up not only their lives but their identities,” Staff Sergeant Shane Vincent said.

“When you see a World War II veteran struggling to get out of his wheelchair so that he can stand during taps and salute during taps, that really hits home and lets you know exactly what this place really is about.” 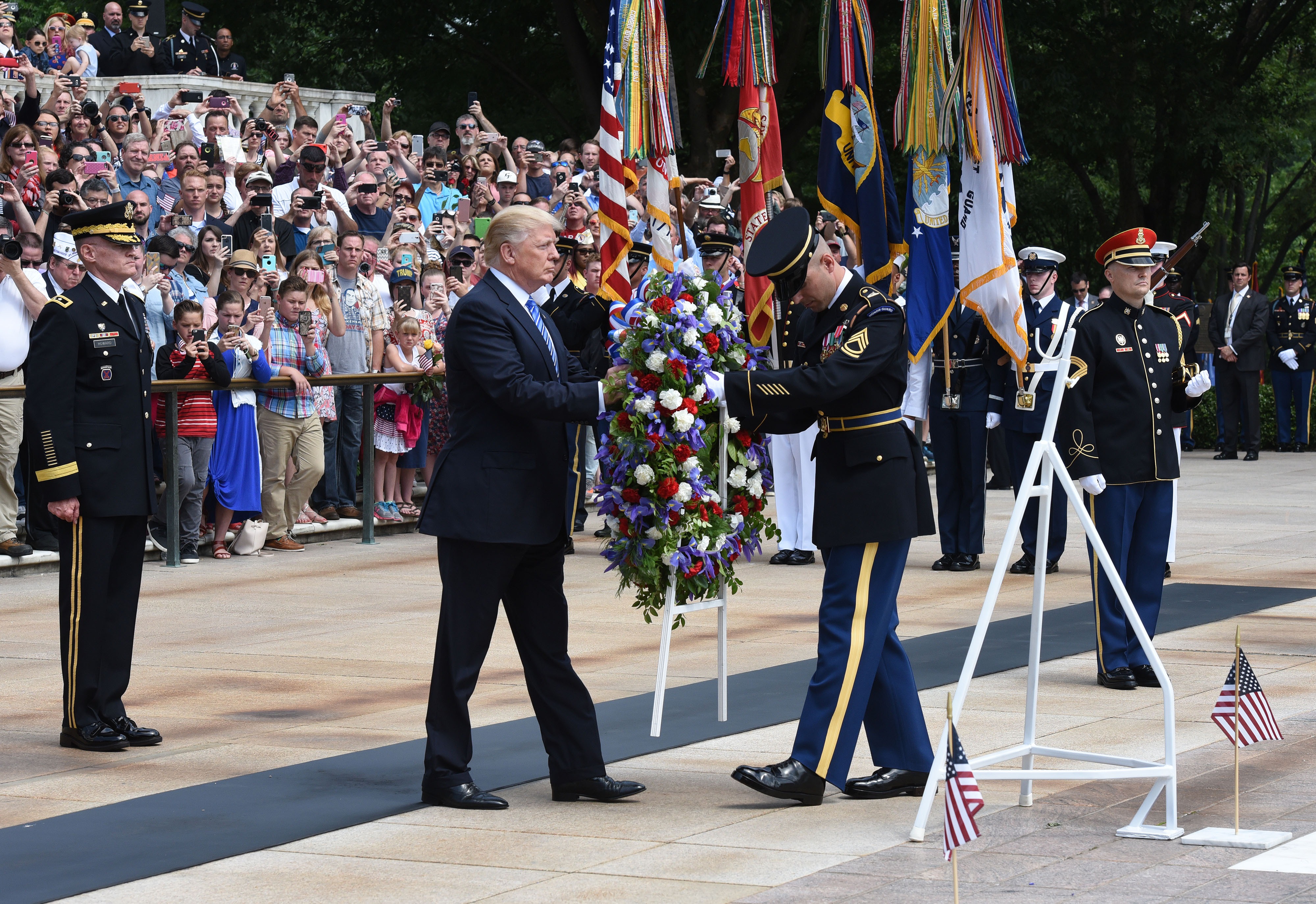 ARLINGTON, VA – MAY 29: President Donald Trump participates in a wreath-laying ceremony at the Tomb of the Unknown Soldier at Arlington National Cemetery on Memorial Day, May 29, 2017 in Arlington, Virginia. (Photo by Olivier Douliery – Pool/Getty Images)

The sentinels featured in the video also recited the Sentinel’s Creed:

My dedication to this sacred duty
is total and whole-hearted.
In the responsibility bestowed on me
never will I falter.
And with dignity and perseverance
my standard will remain perfection.
Through the years of diligence and praise
and the discomfort of the elements,
I will walk my tour in humble reverence
to the best of my ability.
It is he who commands the respect I protect,
his bravery that made us so proud.
Surrounded by well meaning crowds by day,
alone in the thoughtful peace of night,
this soldier will in honored glory rest
under my eternal vigilance.
– Simon 1971

On Memorial Day, we celebrate the men and women who have died serving in the United States military. God bless our heroes.