Democratic National Committee chair Tom Perez acknowledged that Americans are “forever indebted” to “the many brave men and women who have made the ultimate sacrifice defending the ideals we all share” on Memorial Day.

The DNC on Wednesday blasted out a fundraising email signed by Khizr Khan, the father of deceased Capt. Humayun Khan, who died in Iraq in 2004. The elder Khan shot to fame after citing his son’s military service in a speech attacking then-Republican nominee Donald Trump at the 2016 Democratic National Convention.

“If my son, U.S. Army Capt. Humayun Khan, was still here today, he would be appalled by Donald Trump and his hateful agenda. Trump has done nothing but smear the character of Muslims, try to build walls to divide us, and threaten the democratic values my son and many other immigrants died protecting,” the fundraising email said.

“Tomorrow the Democratic Party faces an important fundraising deadline. Will you make your first $3 donation of 2018 before then to elect Democrats nationwide who will defend our values?” (RELATED: House Democrats Lie About Mueller Investigation In Fundraising Emails)

“Many patriots like my son are buried in the Arlington National Cemetery — people of all faiths, genders, and ethnicities who died defending our country. They gave their lives for our country’s ideals. We cannot let this president and his party trample on those ideals any more than they already have,” the email stated. 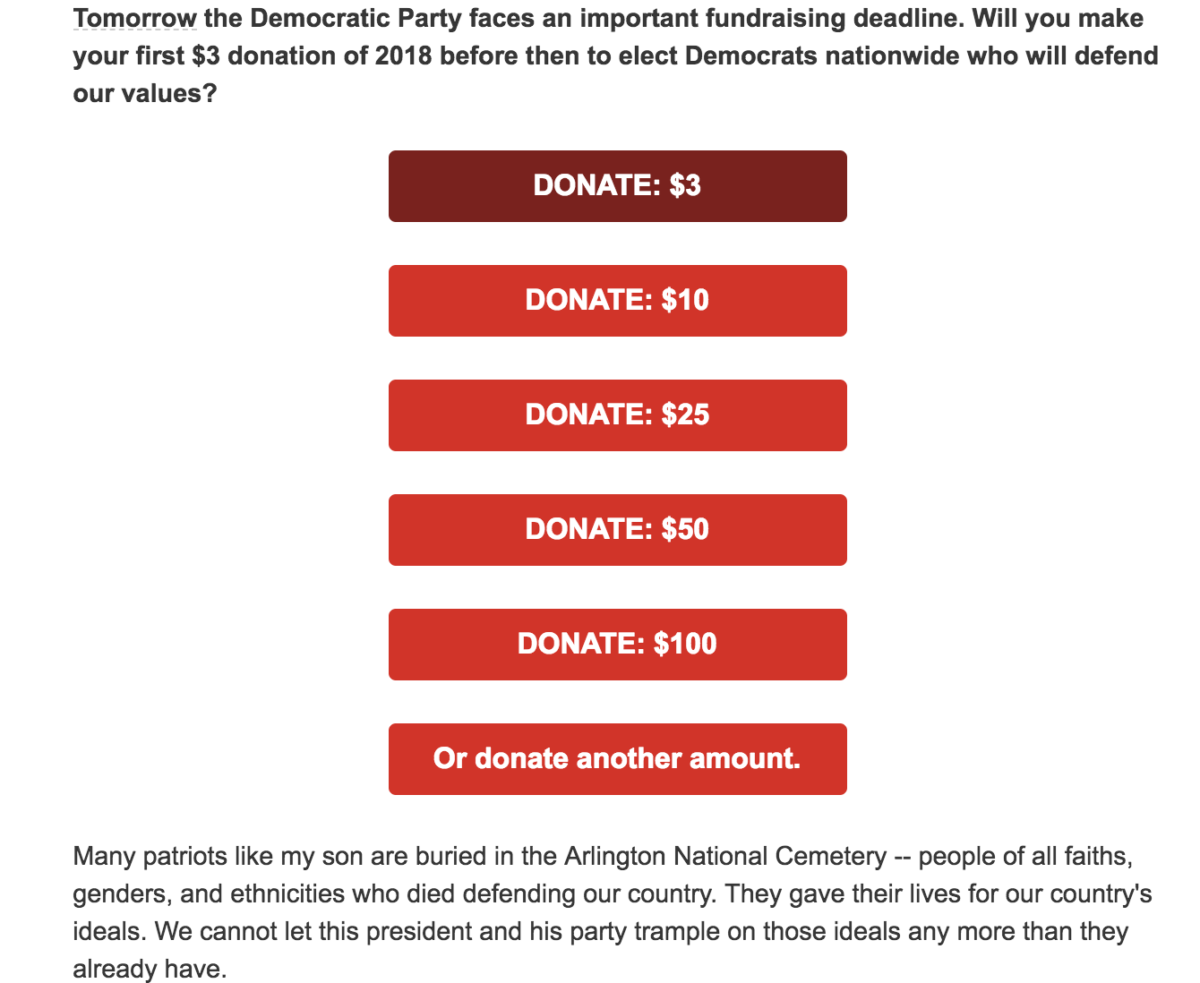 The DNC did not return an email asking how involved Khizr Khan was in drafting the fundraising email that used Capt. Khan’s name to ask for money.