MSNBC host Joy Reid’s personal blog published an image of Arizona Republican Sen. John McCain during his presidential campaign in 2008 where the candidate’s face was photoshopped onto the body of Virginia Tech shooter Seung-Hui Cho.

McCain’s daughter Meghan McCain is now calling for her network, MSNBC, to address the matter.

Meghan McCain told The Daily Caller that she wants a corporate explanation for the offensive posts about her father.

“I would like to know if Joy Reid or MSNBC have an official response to this because I think it warrants one,” says McCain, co-host of The View. McCain also called the post “beyond disgusting and disgraceful” on Twitter.

The post, first discovered by BuzzFeed News, has the headline “Baghdad John strikes again.” Reid quoted McCain’s comments on Osama Bin Laden, saying to workers at a weapons factory that he will “follow Osama Bin Laden to the gates of hell and I will shoot him with your products.”

Reid said in the post, “Jeez, John, good thing you weren’t speaking at a condom factory.”

Reid continued to joke about condoms in the post and then finished the blog with this image: 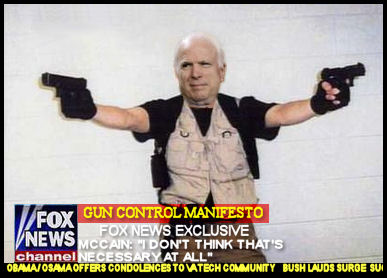 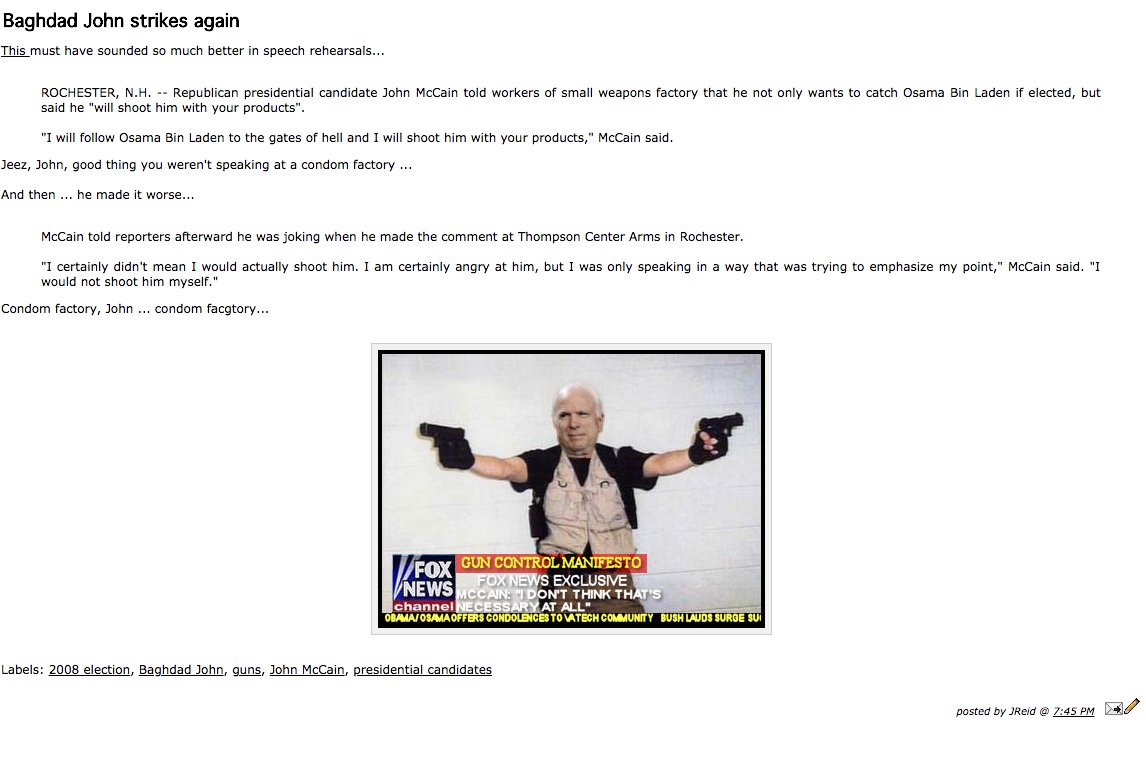 The Daily Caller reached out to MSNBC spokespeople, who declined to comment.

Reid is the host of the “AM Joy” morning show on MSNBC. Reid has also been caught posting homophobic, transphobic, and 9-11 conspiracy theories on her now defunct blog. Reid initially blamed a “hacker” on the stories but has produced no evidence of a hack.