TBS comedian Samantha Bee called Ivanka Trump a “feckless c**t” in a segment targeting her for posting a photo with her daughter over the weekend. There has been outcry by some in the media and entertainment industry over the comment. Sarah Sanders and the first lady both called out the media’s double standard for treatment of women.

The hottest take may have come from the president’s son, Donald Trump Jr., who asked if the same treatment would have been given to the women in the Obama family had they been called the offensive term.

“Imagine someone … anyone … said this about Michelle Obama or the Obama girls?” Trump said, “You think they’d still have a TV show?” 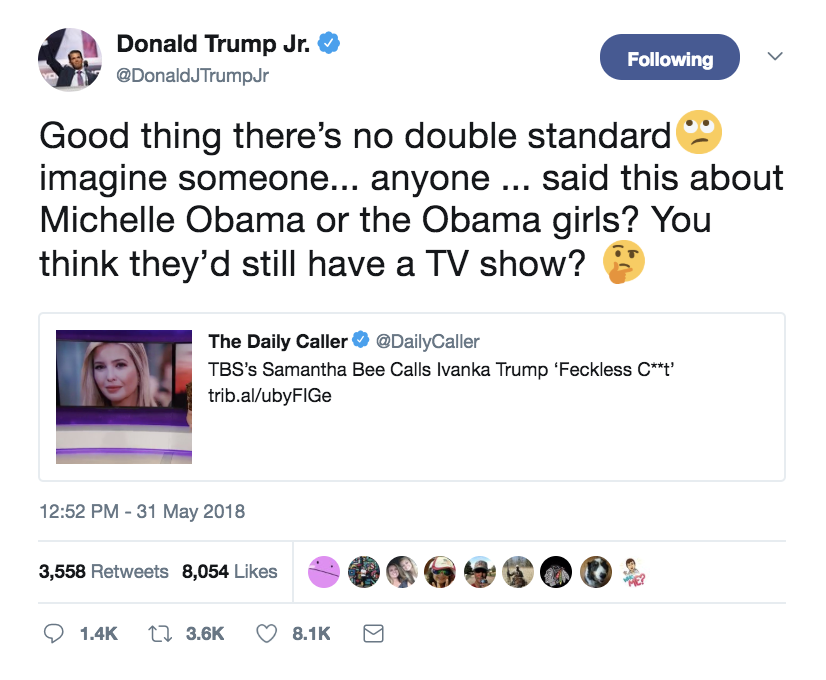 I would like to sincerely apologize to Ivanka Trump and to my viewers for using an expletive on my show to describe her last night. It was inappropriate and inexcusable. I crossed a line, and I deeply regret it.

As of now, there seems to be no professional consequences for the comedian using the slur.