Tiffany Trump turned heads Friday in a grey-mini when she was spotted leaving the White House with other members of President Donald Trump’s family for a weekend trip to Camp David. 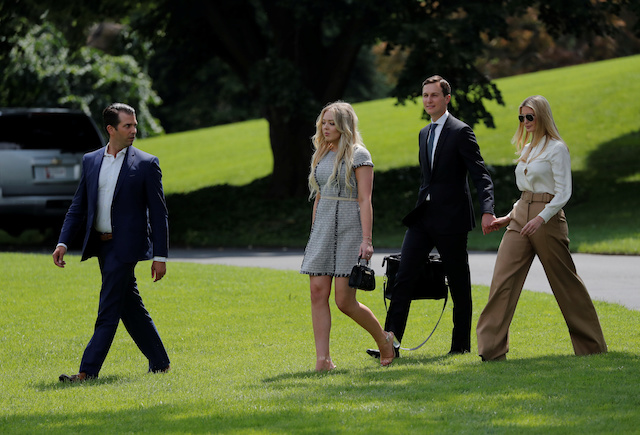 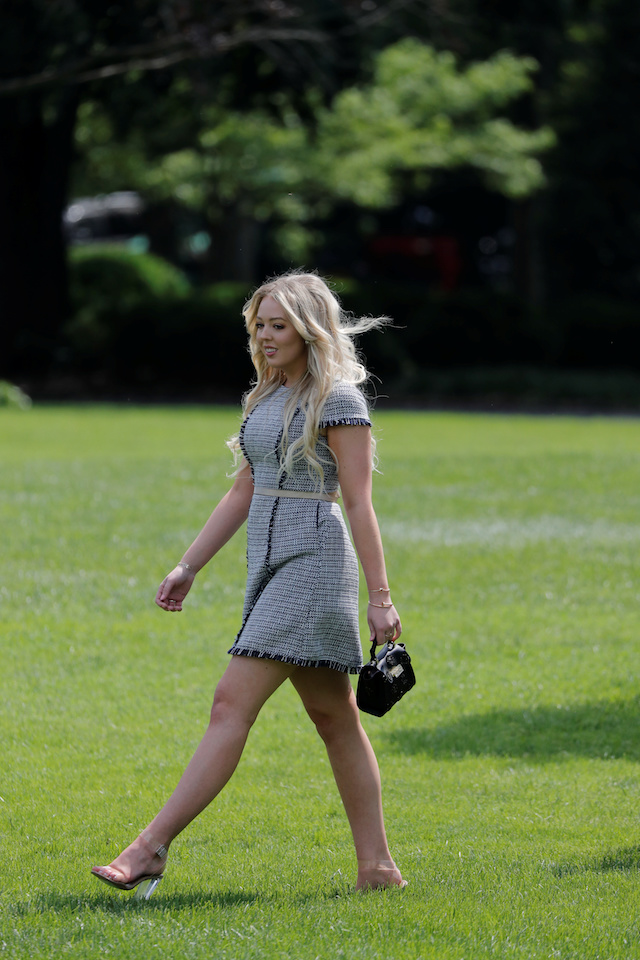 The first daughter showed off her great style in a short sleeve black and grey mini-dress with a black fringe trim throughout as she walked alongside siblings Donald Trump Jr., Ivanka Trump, and White House Senior Advisor Jared Kushner on their way to the presidential retreat with the president. 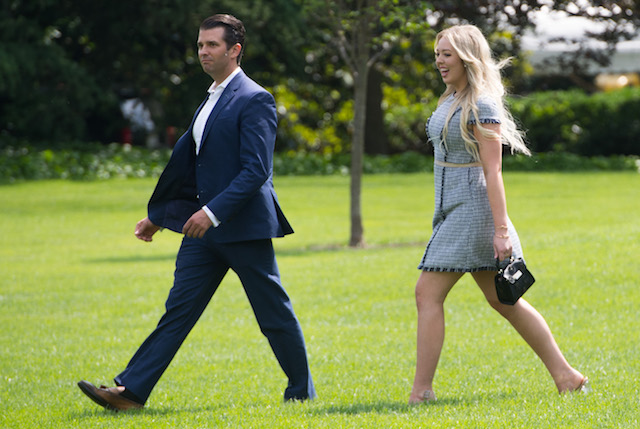 Donald Trump, Jr., and Tiffany Trump, children of US President Donald Trump, walk to Marine One prior to departing from the South Lawn of the White House. (Photo credit should read SAUL LOEB/AFP/Getty Images)

She completed the great look with her hair down, a metallic gold belt and clear high heels. 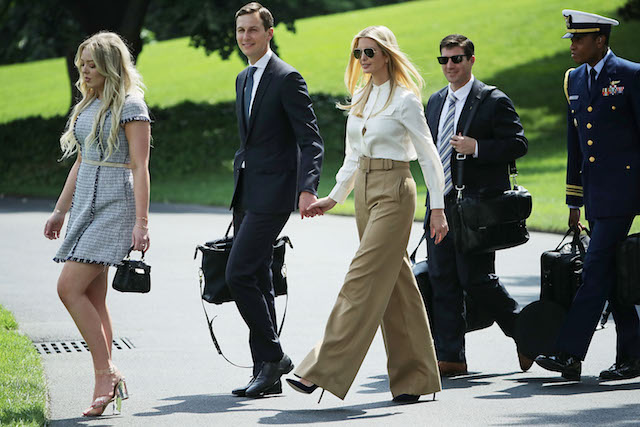 From the looks of the shots, everyone was smiling and looking forward to the weekend getaway. 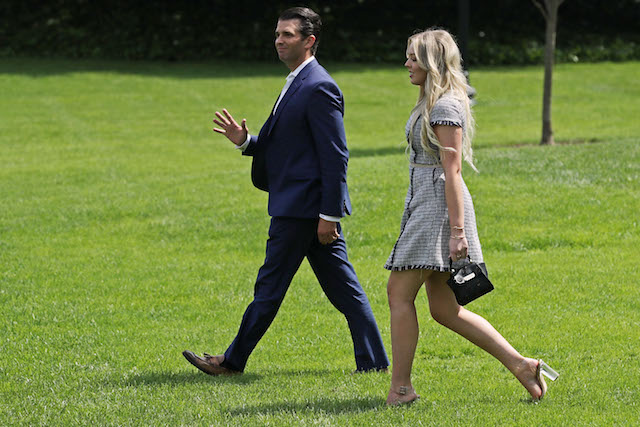