After a whirlwind series of negotiations and a war of words, the Trump administration says the meeting with North Korean dictator Kim Jong Un is back on. And the announcement has caused the demand for the coin commemorating the meeting to skyrocket.

When the meeting was officially announced last month a coin was minted by the White House gift shop depicting President Trump and the North Korean leader.

A coin for the upcoming US-North Korea summit is seen in Washington, DC, on May 21, 2018. – A commemorative coin featuring US President Donald Trump and North Korea’s Kim Jong Un has been struck by the White House Communications Agency ahead of their summit meeting. The coin depicts Trump and Kim, described as North Korea’s “Supreme Leader,” in profile facing each other in front of a background of US and North Korean flags. The words “Peace Talks” are emblazoned at the top of the front of the coin with the date “2018” beneath. The summit is expected to take place in Singapore on June, 12, 2018. (Photo by STR / AFP) (Photo credit should read STR/AFP/Getty Images)

The minting of the coin was used to mock President Trump after he announced that the summit was scuttled due to saber rattling from the North Korean government. After the second most powerful man in North Korea visited the White House Friday to personally deliver a letter from Kim Jong Un, Trump told reporters that the summit was back on. 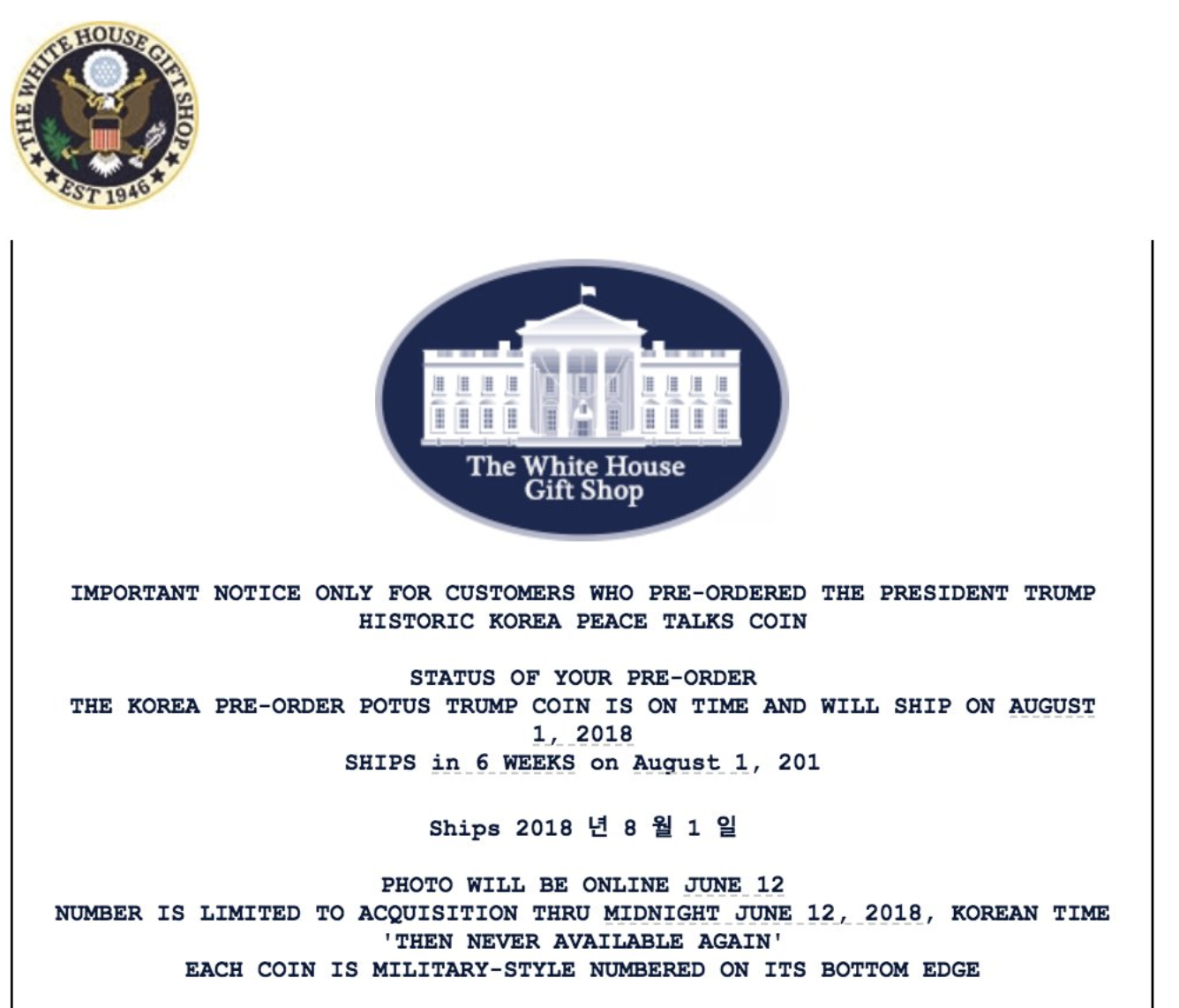 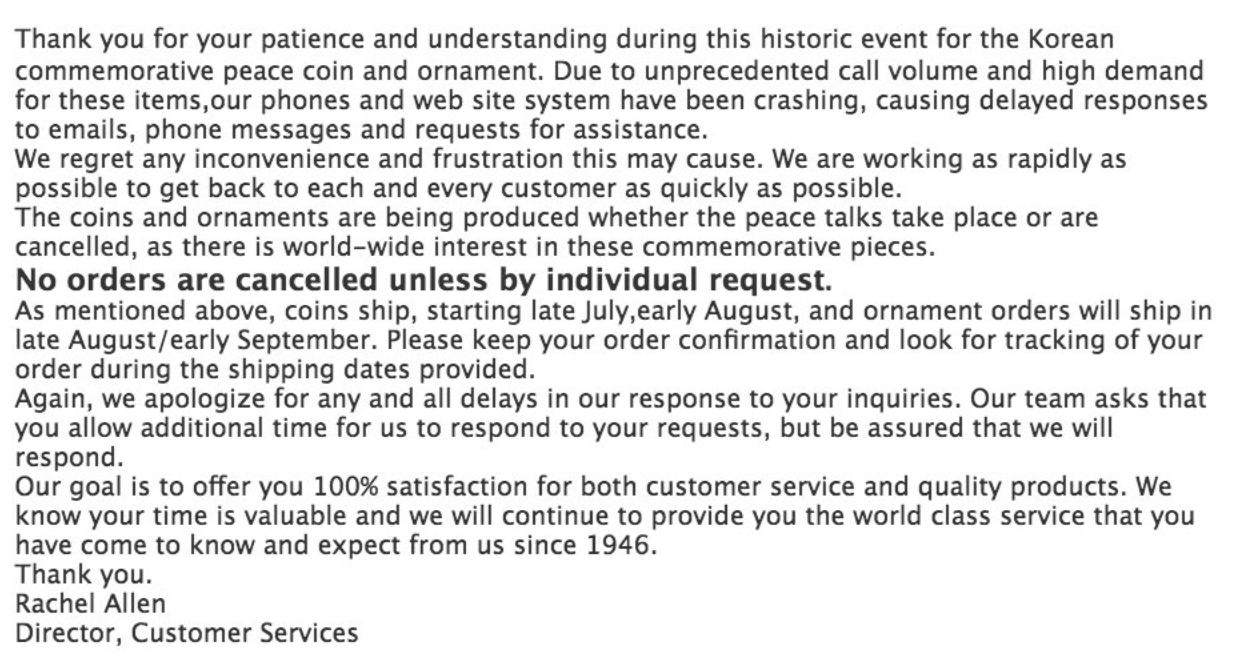 The historic summit is planned to take place in Singapore on June 12.