Please bear in mind that the following information is not from a lawyer.  Always check your local state and municipal laws for exact details pertaining to your specific needs and requirements.  And most importantly always secure the services of a good attorney if you are ever involved in a self defense situation.

Self Defense – Know Your Laws – Get a copy of your state laws.

You may have been raised in a state with contrary rules to those listed below.

By claiming self-defense you are admitting to your involvement no matter to what degree. It is not, “I didn’t do it” it is, “I did it because…”

As a result the burden of proof is on the defense – that is you.  You are not innocent nor will the judge and jury look upon you as such. You are either guilty or not guilty.  You must prove the justifications beyond doubt or you will be found guilty.

Why you did what you did.  You must be able to explain what happened in a couple of seconds clearly, articulately and convincingly.

This is the science of explaining what you did.

You may use the minimum level of force that you reasonably believe is necessary to safely resolve the situation.

You are not required to use force.  Officers can’t walk away but you can walk away, and should whenever possible.

You will be required, if your actions go to court, to explain not only why you chose your course of action, but why a lesser level of force would not have worked.

Would anyone else have made the same choices – a reasonable man – theoretically?

To claim self-defense you must not only be threatened but also able to explain to a jury why any other reasonable person would have believed he or she was in danger.

You must prove that the level of force you chose was the only option.  If you stay when you could leave it becomes mutual combat.  Don’t rely on “stand your ground.” This is not about ego this is about survival and the least amount of resulting consequences to you during and after.

The hardest concept to understand: You are not out to win, expected to or even allowed to win.  You can use the minimum level of force that you will believe will get you out of the situation.

Some states have “Castle Laws” – you can defend yourself or use force if you are attacked in your home or someone breaks in your house.

And some states have “Stand Your Ground Laws” – you do not need to retreat but still it is the prudent decision to do so if the opportunity exists.

But, some states have “The Duty to Retreat” laws and they require you to exhaust all means of escape before you can attempt to defend yourself with force.

Getting away resolves the situation just as well as an unconscious bad guy.  Think less about destroying the bad guy and more about getting it to safety.  Your safety is the ultimate and optimal goal.

A million and one possible scenarios going on here but remember voluntarily placing yourself in the situation will usually exclude the affirmative defense of self-defense – stepping in to help a buddy, etc.

You must be able to articulate why the person was a threat to you.  “I had a feeling,” won’t cut it in court.

There are three required elements and a fourth is also necessary.  Intent, Means, Opportunity and Preclusion.

Intent: The threat must indicate to you by some means that he wants to, and intends to, harm you.

Means: He must have the means to carry out his intent: size, fist or boots, gun, weapons, knife etc.

Opportunity: The threat must have the ability to reach you with the means.

Once those three have been fulfilled Intent, Means and Opportunity, one more element should be satisfied for you to convince the jury that your actions were justified.

Preclusion: You must be able to convince the jury that you did not have any other viable option.

You could not leave.  Threat blocking exit.  Family left behind.  Tried to leave and he stopped you.  Tried to talk your way out and it didn’t work.  You couldn’t call for help.  Help would not arrive in time.  You must articulate why force was the only option that would safely work.

At any point during the perpetration of the attack, the situation can change and you may be seen as the aggressor i.e., if the threat is injured, falls down, swings and then backs away or if you have any moment presented during which you could leave or retreat.

You must also be capable of de-escalating your level of force as the threat is diminished.  If a push would do the job a punch is not necessary.

There are some twists and curves that come up.  For example if someone tells you “Shut the f#@k up or I’m going to beat your ass!” And it escalates into a fight because you simply did not “shut the f#@k up” you will have engaged in mutual combat.  It’s not about defending pride it’s only about defending and protecting your body.

Taking damage or “losing” i.e., you are struck without warning justifies an increase in force or if you are taking damage while attempting to protect yourself you may escalate the force needed.

If you are trapped, taken hostage, thrown into a van, or invaders are in your home, a higher level of force may be justified.

Civil Court
Culpability is not based on “proof beyond a reasonable doubt” but upon “the preponderance of evidence.”

To prevail in a civil suit you must convince the jury that the threat left you no choice – that any harm he received was the result of his actions.  To be absolved of responsibility you must show, absolutely, that the threat was entirely responsible and it was pure self-defense.

The Last Bit Of Advice

Get a good attorney in advance and on retainer.
Check your insurance for self-defense coverage. 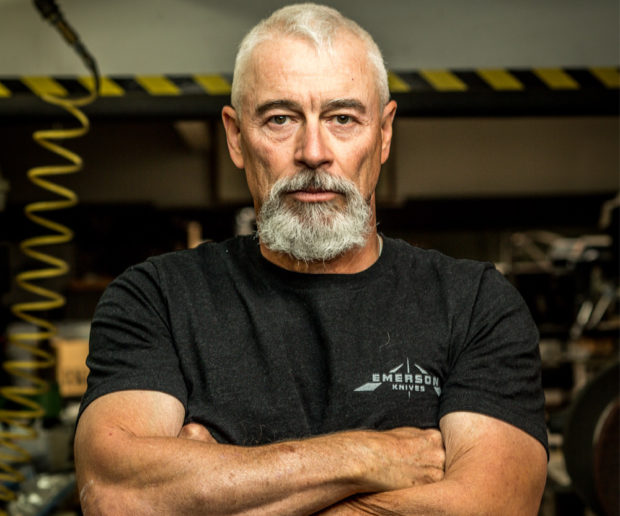