Jon Stewart talked about running for president, saying Donald Trump lowered the bar, so “why not” him?

“We’ve clearly lowered the bar, [so] why not me? I say crazy shit all the time,” the 55-year-old former talk show host said ahead of his first stand-up gig on the West Coast in 15 years during a Q & A session Sunday in San Francisco, according to The Daily Beast. 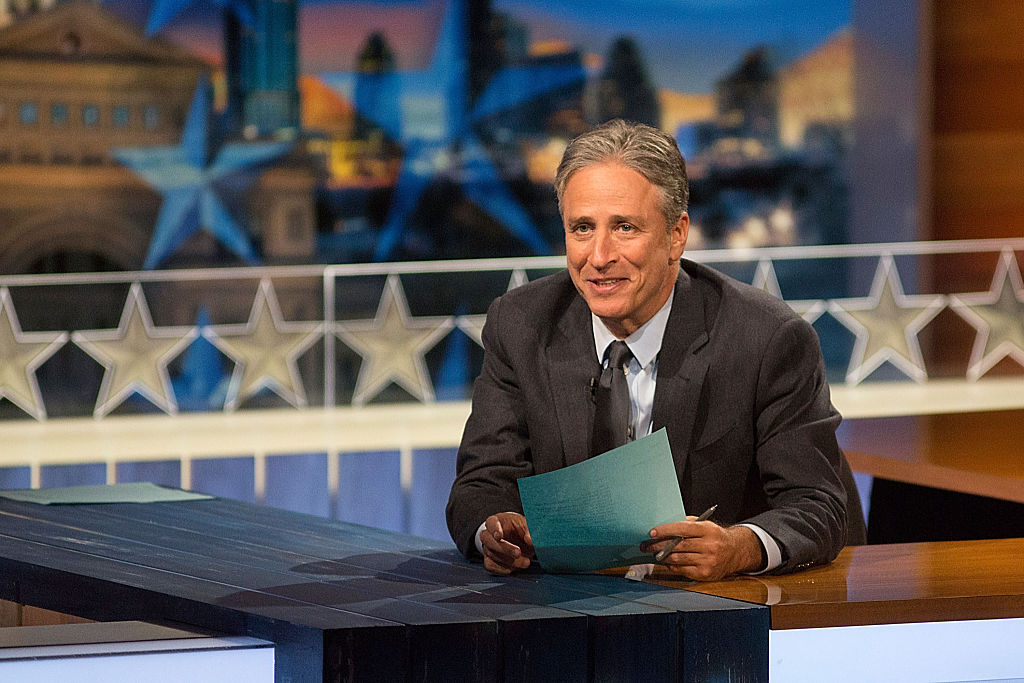 He was also asked if he thought Trump was going to be defeated and he took a jab at the Democrats inability to come up with “a set of ideas.”

“I will say this. It speaks to the yearning in America right now that this is a dragon that can be slayed. And I think that [Trump] will be defeated by better ideas,” Stewart explained. “Everybody’s looking for a shortcut. It’s really quite simple. What is the opposition party? Oh yeah, the Democrats. If they could come up with, like, I don’t know what you would call it — a set of ideas.”

He added, “And then they would say them in a way that didn’t seem fucking weird. And then, like, the people would — understanding how the Electoral College works — vote, and then I’m assuming at that point he has to leave. It’s not going to be a comedian.”

Stewart noted that while clips from his segments on “The Daily Show” slamming people on the right would go “viral” and people on the left would cheer, members of the Tea Party were getting involved in their local politics to make change happen.

“To some extent, that is what will make America great again,” he added. “What we’ll see is the transformative power that the fear that a leader like Trump puts into regular people, that they begin to take matters into their own hands at a local level. That will be the change.”

“They [Trump administration] don’t give a shit about the word ‘c**t,” the comedian explained.  “That is probably — [Trump] says that instead of ‘please,’ I’m guessing.”