Joy Reid, now a prominent MSNBC host, once questioned whether terrorist group al-Qaida might be a “Trumped up fantasy designed to perpetuate Bush’s corporate wars,” according to recently surfaced screenshots obtained by The Daily Caller.

“Is al-Qaida a Trumped up fantasy designed to perpetuate Bush’s corporate wars? Or is it a real threat to the security of the United States that the administration is simply incapable of containing (or worse, of inadvertently expanding…)?”

She also appeared to once again push a 9/11 conspiracy, saying, “Has it been resolved to most people’s satisfaction that the Bush administration had nothing to do with 9/11? (I think the answer here is clearly, no.)” 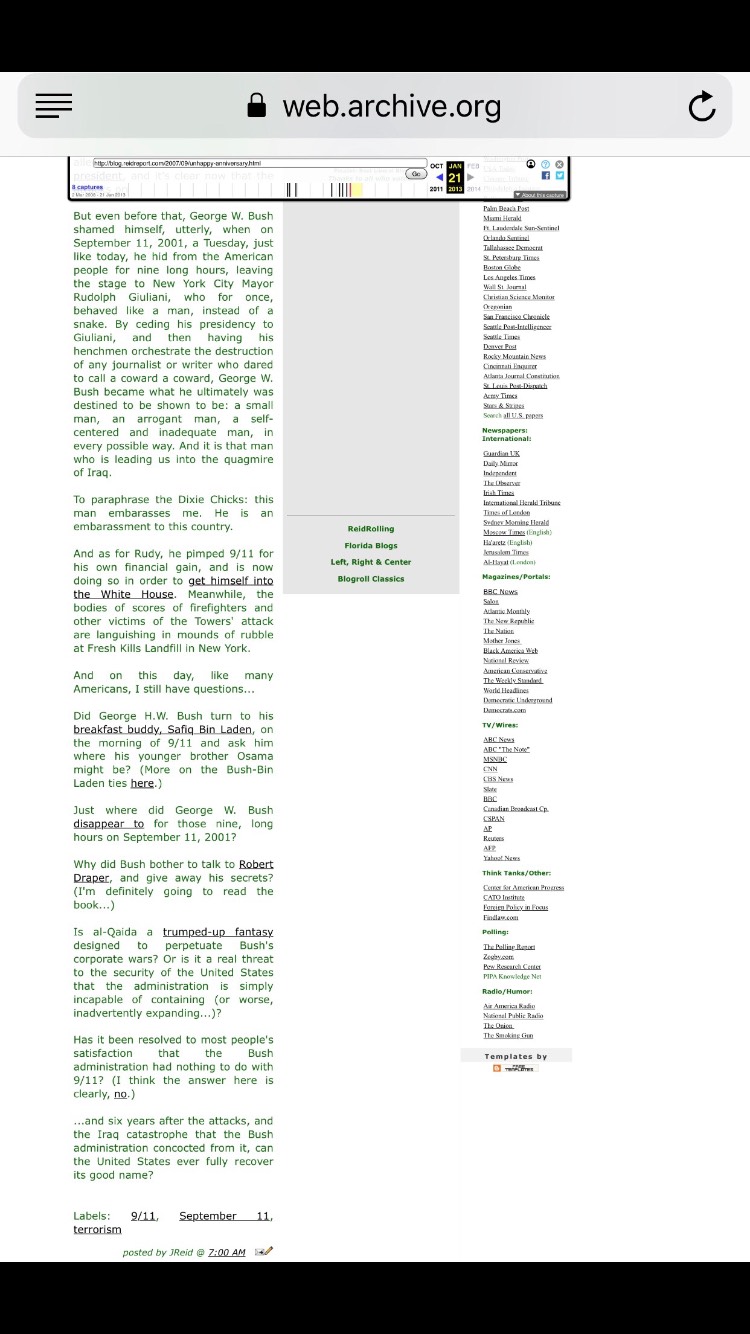 TheDC obtained these screenshots but was not able to access the original Archive posts because they disappeared Friday. (RELATED: Old Joy Reid Blog Posts Disappear From Internet Archive)

A number of reports, from TheDC as well as other outlets, have exposed old posts from Reid’s blog.