Screenshots obtained by The Daily Caller show MSNBC host Joy Reid once wrote disrespectful comments concerning Jewish teenagers and the ways in which they celebrate their Bat/ Bar Mitzvahs.

She also shrugged off the idea of Israel’s destruction in newly revealed posts from her now-deleted blog, “The Reid Report.”

Reid wrote the following in response to another writer who said that Iran was a “fanatical terrorist regime”: 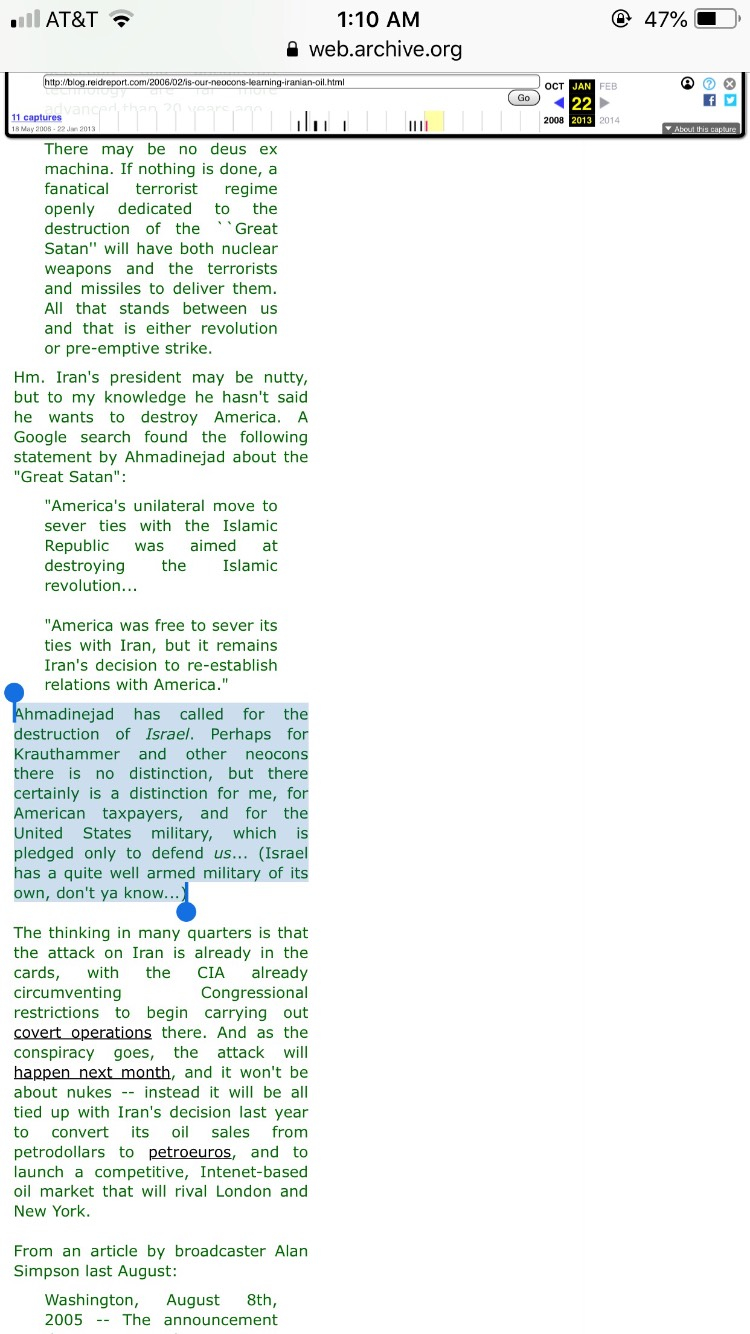 Reid wrote, in part, “Iran’s president may be nutty, but to my knowledge, he hasn’t said he wants to destroy America.”

The MSNBC host then elaborated, “Ahmadinejad has called for the destruction of Israel. Perhaps for Krauthammer and other neocons there is no distinction, but there is certainly a distinction for me, for American taxpayers, and for the United States military, which is pledged only to defend us… (Israel has a quite well armed military of its own, don’t ya know…)”

“How does the modern Jewish teen spend her bat mitzvah? Why, with Irv Gotti and his soon-to-be rudderless label icons, Ashanti and Ja Rule, plus Omarion and about half a million dollars of your parents’ cash, that’s how. Oh, and you use the night to launch you’re [your] own clothing line too. Bling bling!” 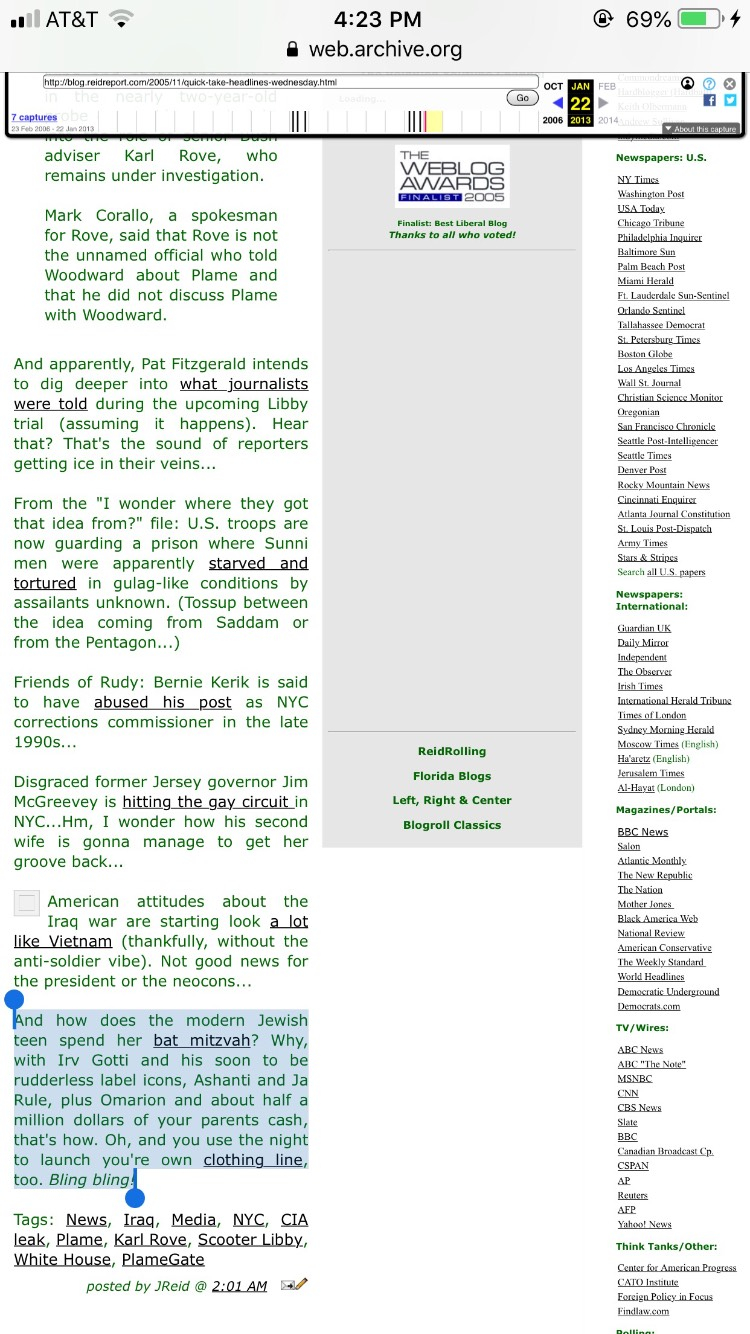 Screenshots are presented in this post exactly as they were obtained by TheDC.