“I don’t believe Mrs. Trump has ever discussed her thoughts on anything with Mr. Giuliani,” Stephanie Grisham told the Hill. 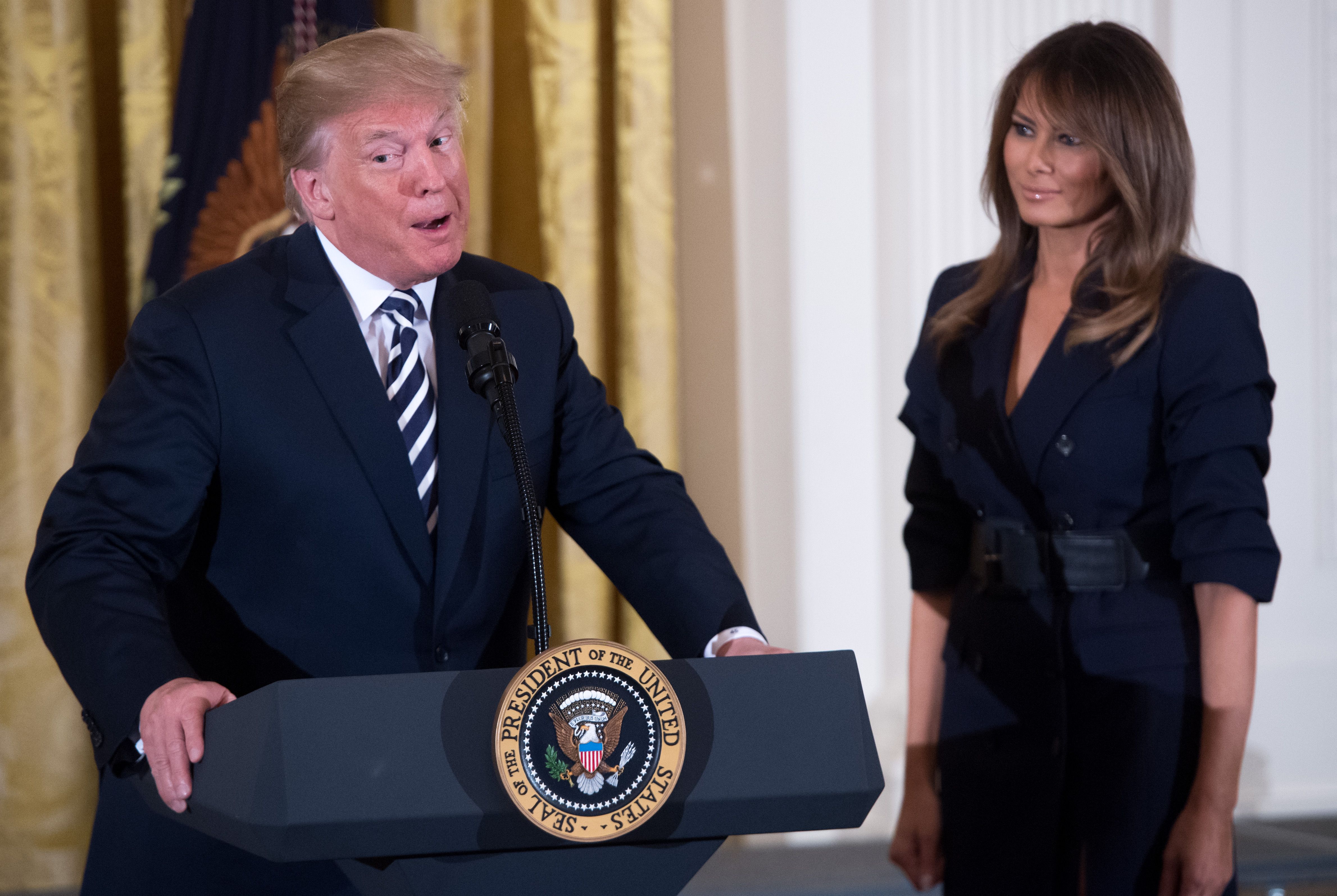 US President Donald Trump speaks alongside First Lady Melania Trump (R) during an event in honor of Military Mothers and Spouses in the East Room of the White House in Washington, DC, May 9, 2018. (Photo credit should read SAUL LOEB/AFP/Getty Images)

The comments came after President Donald Trump’s attorney weighed in on the matter during a Wednesday conference in Israel.

“So, Stormy, you want to bring a case, let me cross-examine you,” he added.

Earlier this year, the adult-entertainment star went public that she and Trump had an affair in 2006. The president has denied the claims.