A Virginia school board closed its public comment period Friday on a policy that will mandate students be taught about an HIV medication with “life-threatening side effects.”

The Fairfax County school board plans to vote June 14 on the proposed change, as well as others, that the Family Life Education Curriculum Advisory Committee (FLECAC) made to its sex education curriculum. However, the board does not seem to have publicized the proposed changes for maximum visibility by all stakeholders.

The district is considering teaching students about the HIV prevention drug Pre-Exposure Prophylaxis (PrEP), which “can cause serious, life-threatening side effects” including “a buildup of lactic acid in the blood (lactic acidosis) and liver problems,” according to the National Institutes of Health.

“Students with questions or concerned about their sexual orientation or gender identity will be advised to talk with a parent, member of the clergy, or trusted adult, or counselor,” another section of the sexual education curriculum reads.

FLECAC wants the school board to eliminate “member of the clergy” and “counselor.”

Three FLECAC appointees authored a dissent to the proposal, criticizing the committee for its content and claiming the move amounts to censorship.

“When one of us, Laura Hanford, proposed motions at the January meeting that would improve the medical accuracy of some of these new lessons, her amendments were tabled by the majority, and the Board promptly replaced Ms. Hanford,” appointees Laura Murphy, Jim Zanotti, and Hanford wrote. “In the last decade and a half no other committee member has had their tenure summarily curtailed mid-term in this manner.” 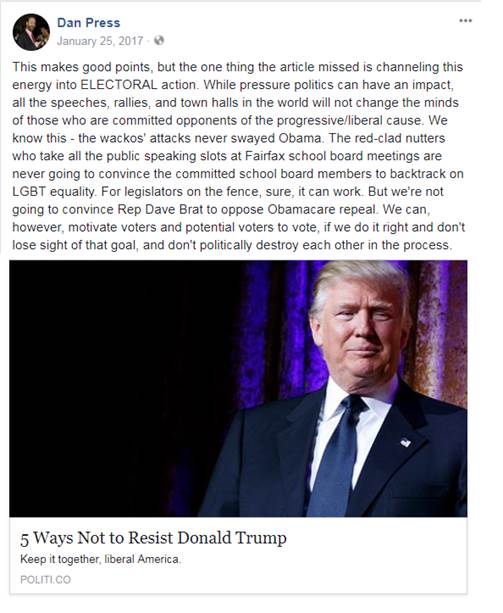 The dissenters called the term “sex assigned at birth” “misleading and medically inaccurate” and urged the school board not to remove clergy from the trusted adults section or downgrade abstinence’s effectiveness in preventing STIs from 100 percent to “most effective.”

“PrEP is designed to be effective without a condom, and anti-HIV advocates fear it may contribute to a significant rise in unprotected sexual activity,” they said.

FCPS details the proposal on its website, but it does not include the dissent. District spokesman John Torre told TheDCNF that FCPS published a news release announcing the proposal on May 10 and included the proposal three times in the district’s community newsletters. Torre says 240,000 individuals received the release and “anyone can subscribe.” He also shared the proposal to FCPS’ Twitter, which boasts 335,000 followers and website, which receives 1 million monthly visitors. But it is unclear how many of the district’s Twitter followers and website visitors reside in Fairfax. The county has a population of roughly 1.148 million people.

The Virginia Board of Education states that there “must be evidence of broad‑based community involvement and an annual opportunity for parents and others to review curriculum and instructional materials prior to the beginning of actual instruction.”

A petition to delay the June 14 school board vote on the proposal has garnered over 130 signatures by press.