Residents in a Maine city voted on Tuesday to reject a recall of Mayor Nick Isgro after he chided an outspoken gun control activist from Parkland, Florida.

With a 91-vote margin, voters decided not to recall Isgro, who was re-elected Mayor of Waterville in November after serving a three-year term, reported CentralMaine.com. 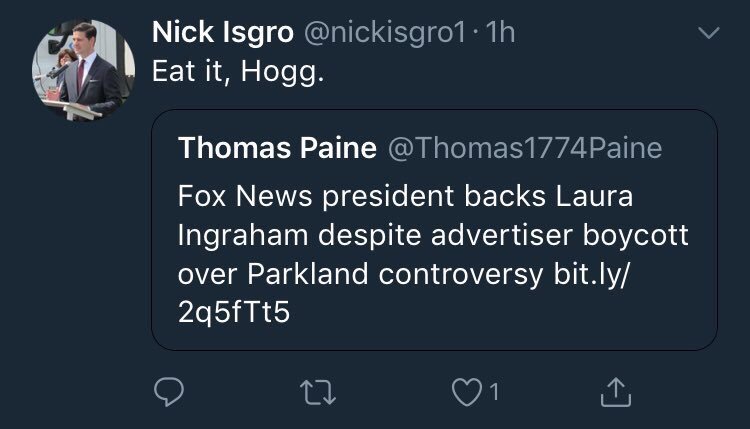 The series of events began when Ingraham retweeted and commented on an article in March mocking Hogg for whining about getting rejected from multiple colleges. Hogg retaliated by teaming up with progressive activist group Media Matters to boycott Ingraham’s sponsors.

Media Matters is backed by far left-wing donors, including billionaire George Soros, and is known for aggressive denunciation of conservative media and its “war on Fox News.”

Hogg was a student at Marjory Stoneman Douglas High School at the time when a shooting occurred, which killed 17 people. Since graduating, he has been advocating for gun control by staging political demonstrations, such as marches and die-ins.