A four-month probe into the allegations brought by the 26-year-old model and other Guess model’s found that the 66-year-old executive chairman “exercised poor judgment in his communications with models and photographers and in placing himself in situations in which plausible allegations of improper conduct could, and did, arise,” according to the New York Post Tuesday. 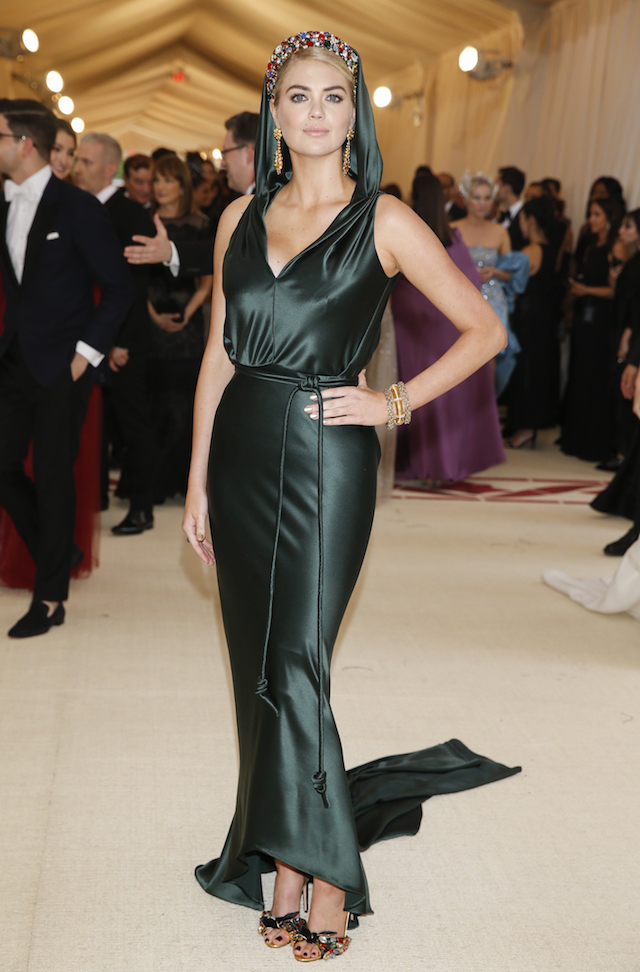 Model Kate Upton arrives at the Metropolitan Museum of Art Costume Institute Gala (Met Gala) to celebrate the opening of ìHeavenly Bodies: Fashion and the Catholic Imaginationî in the Manhattan borough of New York, U.S., May 7, 2018. REUTERS/Carlo Allegri

Some of the allegations included “inappropriate comments and texts and unwanted advances including kissing and groping.”

He will remain on the board until January 30, 2019, but his brother Maurice Marciano, has been appointed exec. chairman. In an effort to avoid litigation, Marciano and the company paid $500,000 each to five people who claimed to have been a victim of his alleged inappropriate actions.

Earlier this year, Upton broke her silence–motivated by the #MeToo movement — and accused Marciano of sexually and emotionally harassing her as a young model.

“It’s disappointing that such an iconic women’s brand @GUESS is still empowering Paul Marciano as their creative director #metoo,” Upton tweeted at the time.

The actress and model told Time magazine the Guess co-founder grabbed her boobs, claiming he wanted to make sure “they’re real.” Then he grabbed the back of her head and started forcibly kissing her face and neck so she couldn’t move.

Marciano initially denied the allegations, but two weeks later he stepped down from daily responsibilities at the company pending a completion of the investigation.