Danny Masterson’s rape accuser blasted Netflix for the actor’s appearance in the new episode of “The Ranch” and said that by doing so they rubbbed “salt in our wounds.”

“We get it, Netflix,” Chrissie Carnell Bixler wrote in a statement to Daily Beast Friday. “You don’t believe us. You rub salt in our wounds. Is Danny Masterson still co-executive producer of ‘The Ranch?’ You knew you had to fire him, but you do a bunch of reshoots so you can finish our rapist’s storyline up and give him a respectable send-off.” 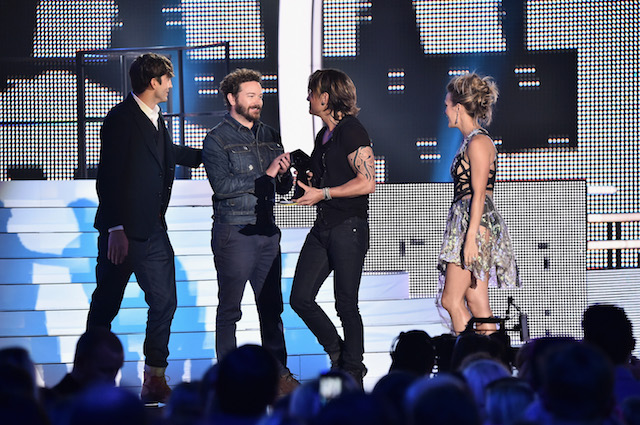 “And there he is on TV in the new season,” she added. “Kevin Spacey? Fired on the spot. Production halted. Ed Westwick? Louis C.K.? Are there active investigations into these accused men? Do you just not believe us?”

“Do you agree with Jenni Weinman and the Church of Scientology when they say you cannot rape your wife or girlfriend?” she continued. “Are you afraid of Scientology’s Fair Game?”

On Friday, the new episodes of “The Ranch” hit Netflix. Masterson’s character, Rooster Bennett, is shown leaving the series.

The comments come several months after the streaming site announced that the 42-year-old actor had been fired from the series following allegations of rape brought by Bixler and Bobette Riales.

The Los Angeles County District Attorney and Los Angeles Police Department have confirmed they are investigating the accusations.

“I am obviously very disappointed in Netflix’s decision to write my character off of ‘The Ranch’. From day one, I have denied the outrageous allegations against me,” the “That 70’s Show” star explained. “I have never been charged with a crime, let alone convicted of one. In this country, you are presumed innocent until proven guilty. In the current climate, however, it seems as if you are presumed guilty the moment you are accused. I understand and look forward to clearing my name once and for all.”