The Trump administration’s decision to separate children from parents who illegally cross the border while seeking asylum is the correct response to a catch-and-release loophole that requires a legislative fix. Instead of using hyperbole, shaming and bad faith arguments to score political victories, Democrats should work with Republicans to solve this issue.

There’s a reason for the administration’s policy, and it’s evident in Obama’s process, where illegal immigrants detained with children were generally released with an order to appear in court at a later date. With no incentive to show up for a proceeding that would likely result in deportation, many illegal immigrants used this policy to avoid removal.

The new administration decided to prosecute all adults who enter the country illegally, but a 9th Circuit ruling restricts the government from holding immigrant families for more than 20 days, as National Review’s Rich Lowry points out in an excellent article detailing the background of President Donald Trump’s move. In that time, the federal government has only two options — separate the children while parents are put under court proceedings or release the family with hopes the adults will show up at a later court date.

The former is heart-wrenching. The latter is bad policy, providing a perverse incentive for parents to drag their children along a treacherous path in hopes of more easily immigrating to the U.S. illegally.

The path from Central America to the U.S. is a perilous trek over 1,000 miles that no person should want to see a child subjected to, much less infants and toddlers. It involves dangerous hopping to and from freight trains the immigrants call “la bestia” (the beast) for its propensity to take lives and limbs. Rapists, thieves, murderers and corrupt police patrol the route. 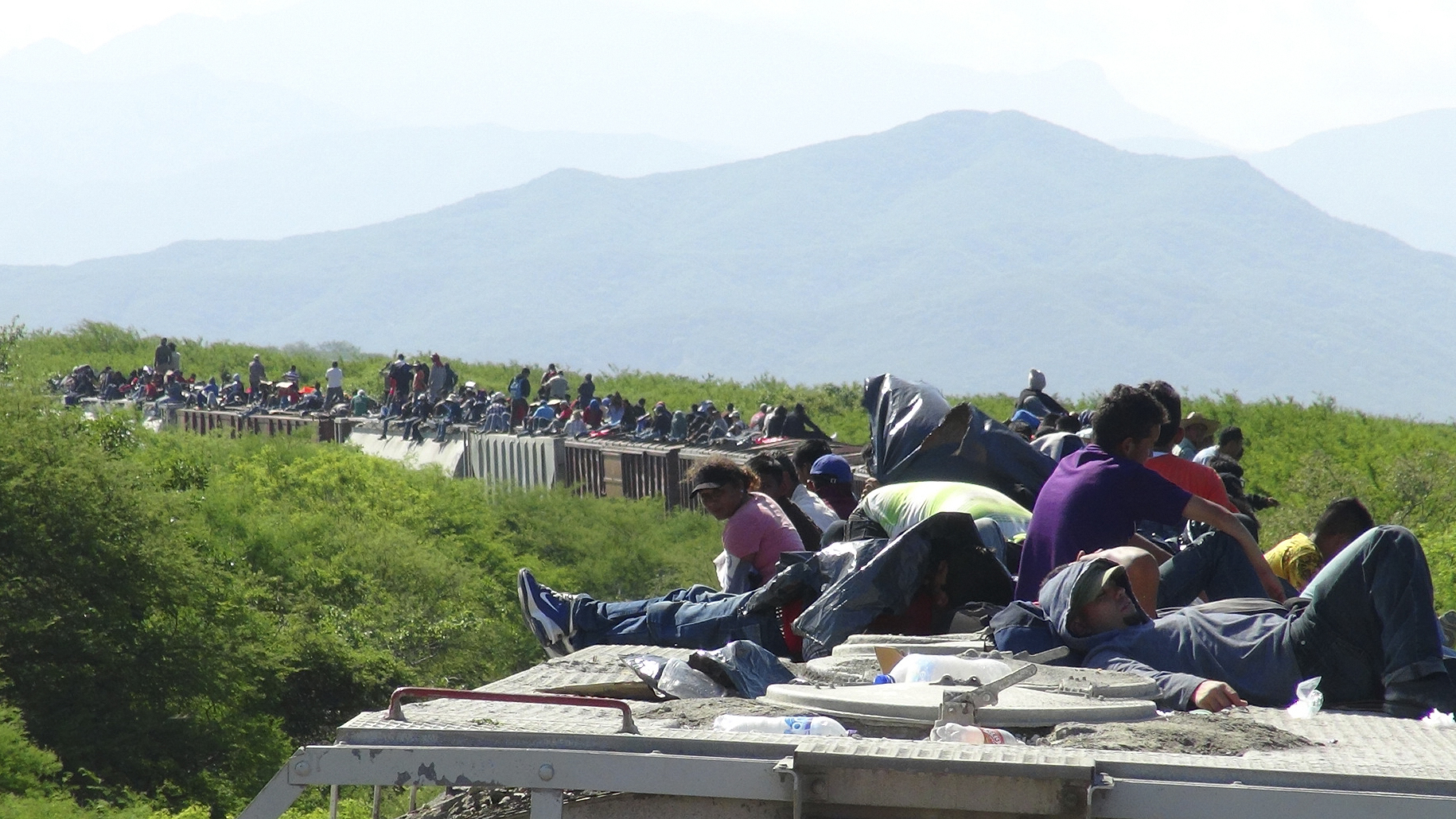 People hoping to reach the U.S. ride atop the wagon of a freight train, known as La Bestia (The Beast) in Ixtepec, in the Mexican state of Oaxaca June 18, 2014. Thousands of young people are hoping to reach the U.S. from their impoverished and violent homes in Central America. In the eight months ended June 15, the U.S. has detained about 52,000 children at the Mexican border, double the figure the year earlier. There’s no telling how many have gotten through. Picture taken June 18, 2014. Mexico Reuters/Jose de Jesus Cortes

A University of Houston study found that most of those travelling along the path are raped, beaten and robbed — often multiple times, according to the Los Angeles Times. The horrific experience that awaits those who undertake this journey is detailed vividly by Sonia Lazario, who was awarded the Pulitzer Prize for her reporting.

In response, the Obama administration detained families as a deterrent. The move appears to have worked as the numbers dipped in 2015 to 40,053 — still noticeably higher than historic levels. The 9th Circuit’s ruling in 2016 meant the government would now have to separate families if it held parents who crossed the border illegally. The Obama administration’s response was instead to release families with children. The policy resulted in virtual open borders for illegal immigrants with children.

The decision caused family units crossing the border to skyrocket to a high of 77,857 in 2016. Family unit apprehensions stayed at historically high levels in 2017 with 75,802 families detained — an appalling 403 percent increase from levels in 2013.

It is safe to assume that the policy of releasing families who cross the border illegally has incentived those who would otherwise stay home to bring their children, toddlers and infants on the long, dangerous march through Mexico. The federal government should do everything within reason to discourage these families from making that journey. This is especially true given that those seeking asylum do not have to enter illegally: Asylum claims can be processed at U.S. points of entry. 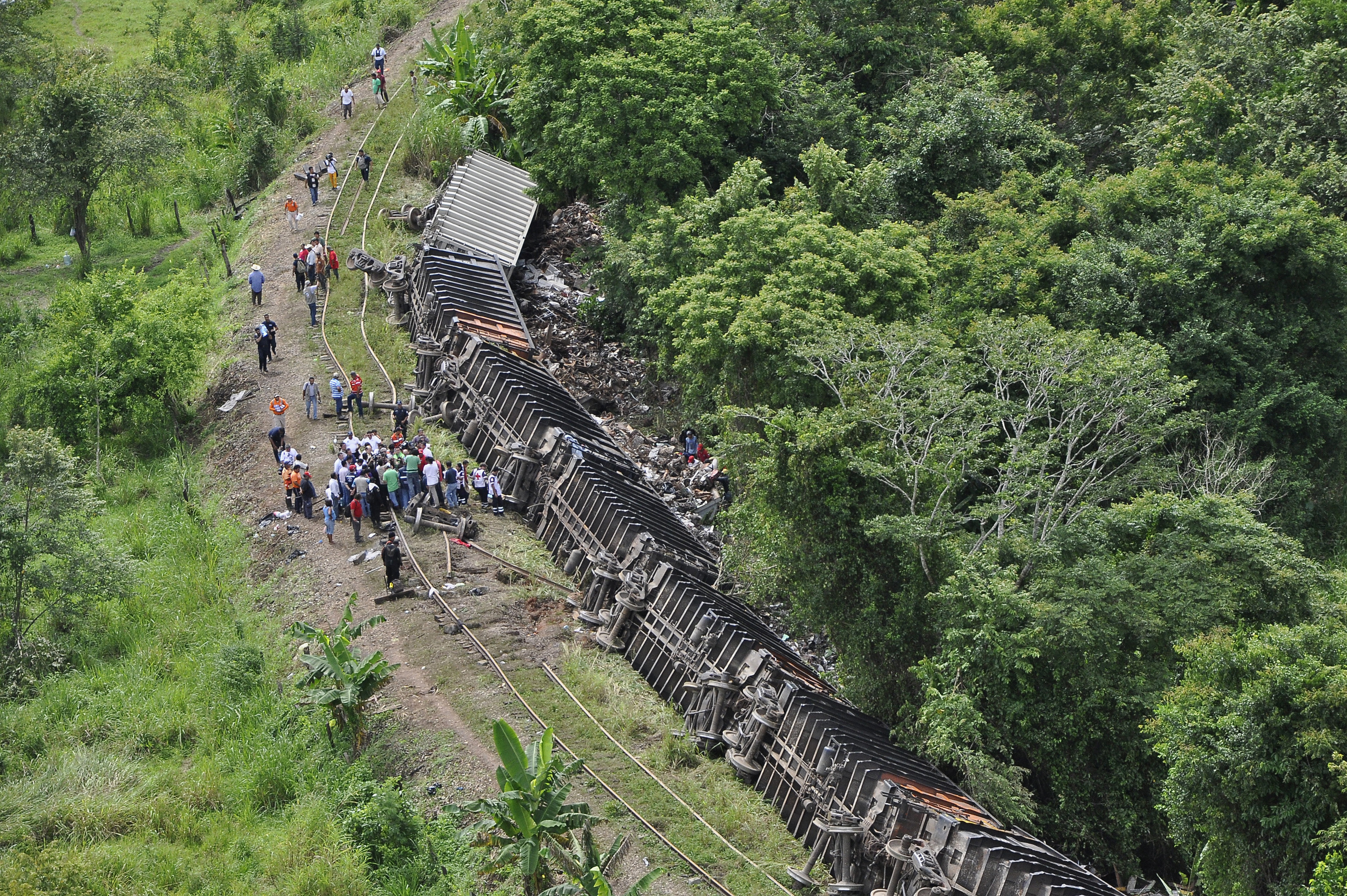 Railroad workers and police investigators stand near the overturned carriages of a derailed train in Huimanguillo, in the Mexican state of Tabasco August 25, 2013. At least six people were killed when a cargo train nicknamed “La Bestia,” or “The Beast,” on which would-be migrants hitch rides toward the U.S. border, derailed in a remote area of southern Mexico on Sunday, state officials said. REUTERS/Luis Manuel Lopez

Still, there is a better approach. American immigration policy should be tough but humane, and Congress should act to make it so. Legislation that is part of a broader immigration bill should seek to allow families to remain in holding while their asylum claims are being processed. Facilities to hold families during this time should be built and the manpower provided.

Republicans hold a slim majority in the Senate and will need Democratic support to reach the 60-vote threshold to pass legislation. The GOP has sought to close catch-and-release loopholes multiple times as it has led to increases in child smuggling and endangerment, which The New York Times pointed out in 2014.

Democrats refuse to debate fixing these loopholes similar to their refusal to pass DACA protections if tied to border wall funding. Instead, they cite Christianity to attack their opponents and make absurd comparisons to Nazi death camps and the Holocaust. Their reactions show they are not serious about solving this issue and would rather use it for political ends.

And it’s an effective tactic. Images of children crying while their parents are detained incite an emotionally charged reaction in anyone. Most Americans would prefer to see families stay together. Tugging at the heartstrings of our fellow citizens allows Democrats to sidestep what they’re doing: effectively advocating open borders for illegal immigrants who cross with children. Solving the issue takes congressional courage, which is noticeably lacking.

Democrats have their own perverse incentive in regards to this policy — do nothing and use emotional appeals to fire up their base heading into the 2018 midterm elections. In this game, children are merely fodder for the process.