A popular Twitter account that spends its entire existence on the platform calling out so-called racism quit the platform Tuesday after users attacked the account for pointing out a racist attack against a white person.

The Twitter account, @RacismDog, has over 700,000 followers and spends a notable amount of its time attacking President Donald Trump. In some instances it will find acts of racism. When it points out something racist it tweets at the account by “barking” or “woofing” at them.

In a now-deleted tweet, @RacismDog called out the racism in a local ABC news report about a black woman saying she hated white people and attacked white passengers on a bus. 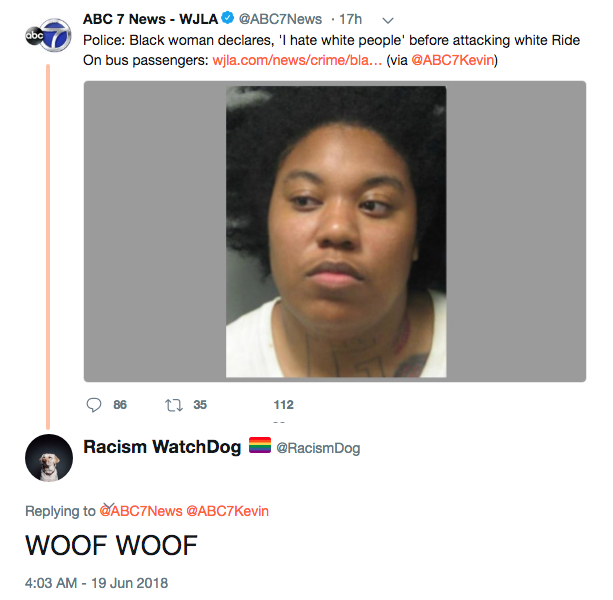 The @RacismDog wasn’t received well by the account’s followers, however, and some claimed that being racist towards white people is impossible. One said that “there is no racism against white people.” (RELATED: Twitter Loses First Bid To Dismiss White Nationalists’ Lawsuit)

Another user, who claims to be a sociology student, said, “Hi, as someone who is studying this in college, is sociology majors like to say that racism can only be racism when power structures enable it.”

The tweet received so much backlash that the owners of the account, who operate @RacismDogOwners, decided to leave Twitter “just for a few days” while the situation cools down.