Actor Peter Fonda sent a series of vulgar tweets recently about the administration in response to Trump’s strict enforcement policy at the border.

The actor has called for the kidnapping of the president’s son, Barron. Tuesday, the actor called for the caging and public rape of Department of Homeland Security Secretary Kristjen Nielsen. In the tweet, Fonda said “Kristjen Nielsen is a lying gash that should be put in a cage and poked at by passersby.” He continued, “The gash should be pilloried in Lafayette Square naked and whipped by passersby while being filmed for posterity.”

In response to the tweet, Nancy Sinatra encouraged Fonda to keep speaking his mind about the public rape of a female administration official, “Say how you really feel, Blues baby.” 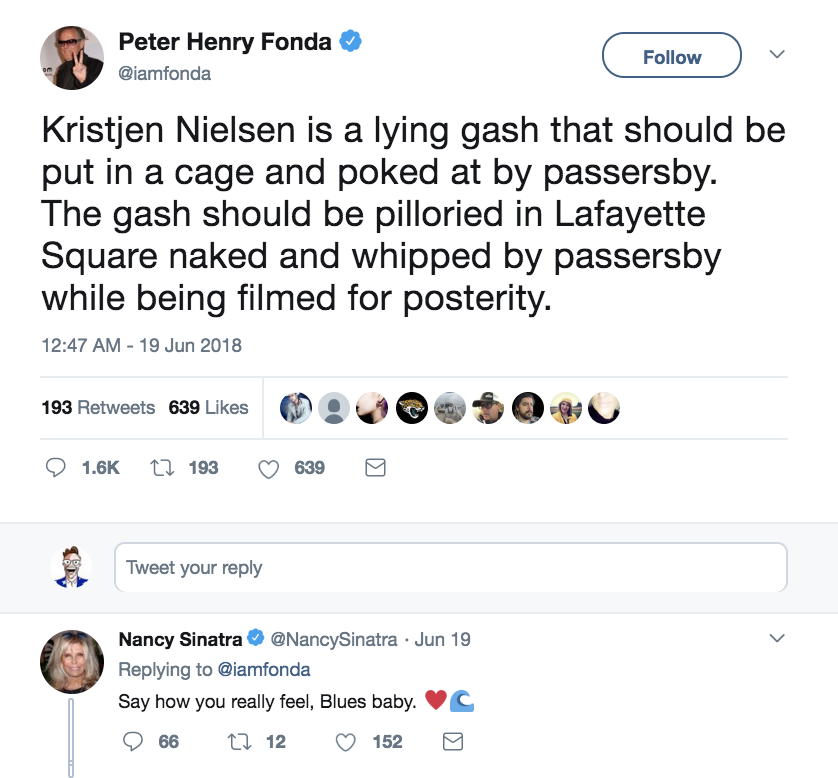 Nielsen has become a target to hate and vitriol after recent media outrage over the policy of enforcing the law and separating children from illegal immigrant parents.