Scott Baio blasted Nicole Eggert for accusing him of sexually molesting her when she was a minor, saying that she did so in hopes of “relaunching her career.”

“Nicole Eggert dedicated herself to destroying my reputation and harming my family, and she has failed,” the 57-year-old actor told People magazine Wednesday in a statement.

The comments came following an announcement by the Los Angeles County District Attorney’s office that they would not be pressing charges against Baio because the “statute of limitations to the crimes alleged by the victim have expired.” 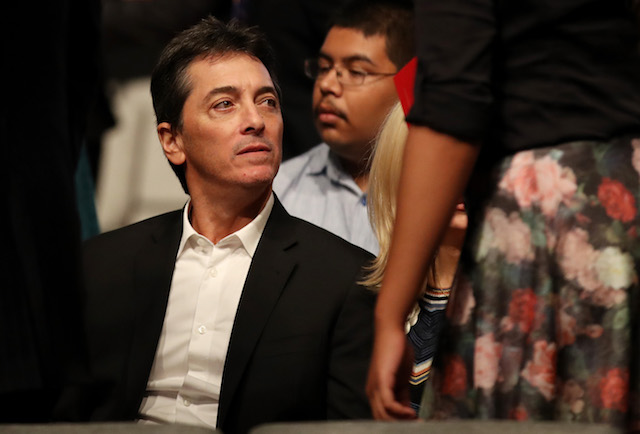 Scott Baio waits for the start of the third U.S. presidential debate at the Thomas & Mack Center on October 19, 2016 in Las Vegas, Nevada. Tonight is the final debate ahead of Election Day on November 8. (Photo by Drew Angerer/Getty Images)

“The Los Angeles District Attorney’s conclusion to their investigation of her ever-changing stories marks the end of a sad chapter,” he added. “Along the way, Eggert has defamed and harassed my family, friends, my wife’s charitable foundation, the families of the children that foundation helps, and many others. It’s hard to imagine anyone taking her seriously again.”

“For the last several months, my advisors have conducted their own investigation, which is well documented and was presented to the police and District Attorney,” he continued. “It showed that Nicole Eggert’s statements were part of a plan created long before her police report, with the intent of relaunching her own career. ”

“To reiterate: her false charges were conceived in advance for personal gain,” the actor explained. “We also presented multiple witness statements who knew Eggert well at the time the show was made, and presented an entirely different portrait of her behavior and motivations for her false charges against me.”

“Unlike Nicole Eggert, most claims of sexual assault and harassment are honest, and my heart goes out to those who have been harmed,” he added. “As bad as Nicole Eggert’s actions against me were, she has hurt them even more if they are doubted for even one moment because of her untrue allegations. I hope that does not happen, and I will do my best to support them.”

In January, Eggert accused her “Charles in Charge” co-star, Baio, of molesting her repeatedly between the ages of of 14 and 17 years old. Baio has consistently denied the allegations.