“First Lady Melania Trump has arrived in Texas to take part in briefings and tours at a nonprofit social services center for children who have entered the United States illegally and a customs and border patrol processing center,” her office said in a release.

“Her goals are to thank law enforcement and social services providers for their hard work, lend support and hear more on how the administration can build upon the already existing efforts to reunite children with their families.” 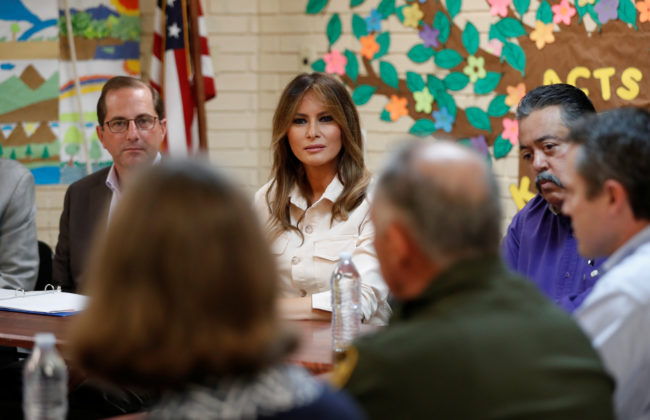 “She’s seen the images. She’s heard the recordings … She was on top of the situation before any of that came out. She was concerned about it,” her spokeswoman Stephanie Grisham said, adding, “this was her decision. She told her staff she wanted to go and we made that happen. He is supportive of it but she told him, ‘I’m headed down to Texas.'” 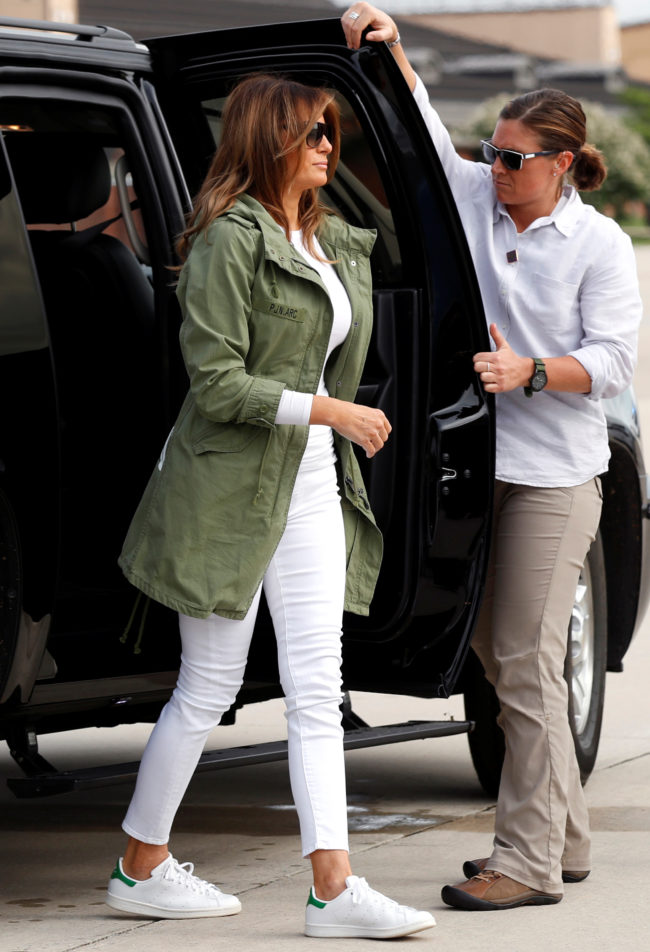 First lady Melania Trump arrives at Joint Base Andrews, Maryland, prior to departing for Texas near the U.S.-Mexico border June 21, 2018. REUTERS/Kevin Lamarque 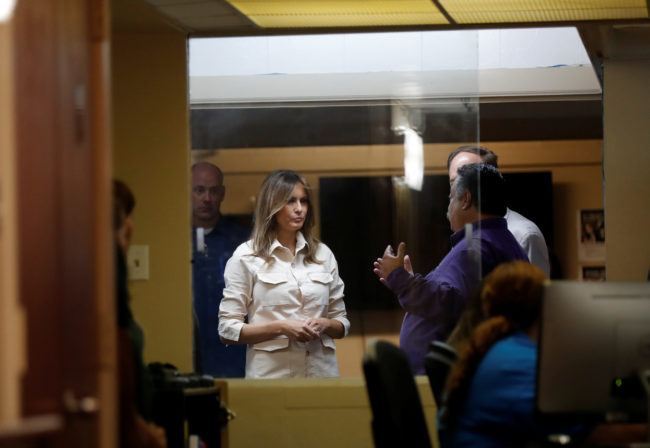