A number of women in law enforcement believe they often get the short end of the stick regarding career advancement opportunities because they’re women, according to a government report.

The Department of Justice (DOJ)’s Office of the Inspector General (OIG) announced the release of a June gender equity report Tuesday, indicating that women working in law enforcement feel promotions are often based more on interpersonal relationships than on merit.

The report examines gender equity within the Bureau of Alcohol, Tobacco, Firearms and Explosives (ATF), the Federal Bureau of Investigation (FBI), the Drug Enforcement Administration (DEA) and the U.S. Marshals Service (USMS).

The report indicates that while a majority of staff members believe they work in a gender equitable environment, female staffers — particularly criminal investigators — did not hold the same view. Only 33 percent of female criminal investigator survey respondents think their agency treats women equally.

Women account for 16 percent of the DOJ’s criminal investigators. 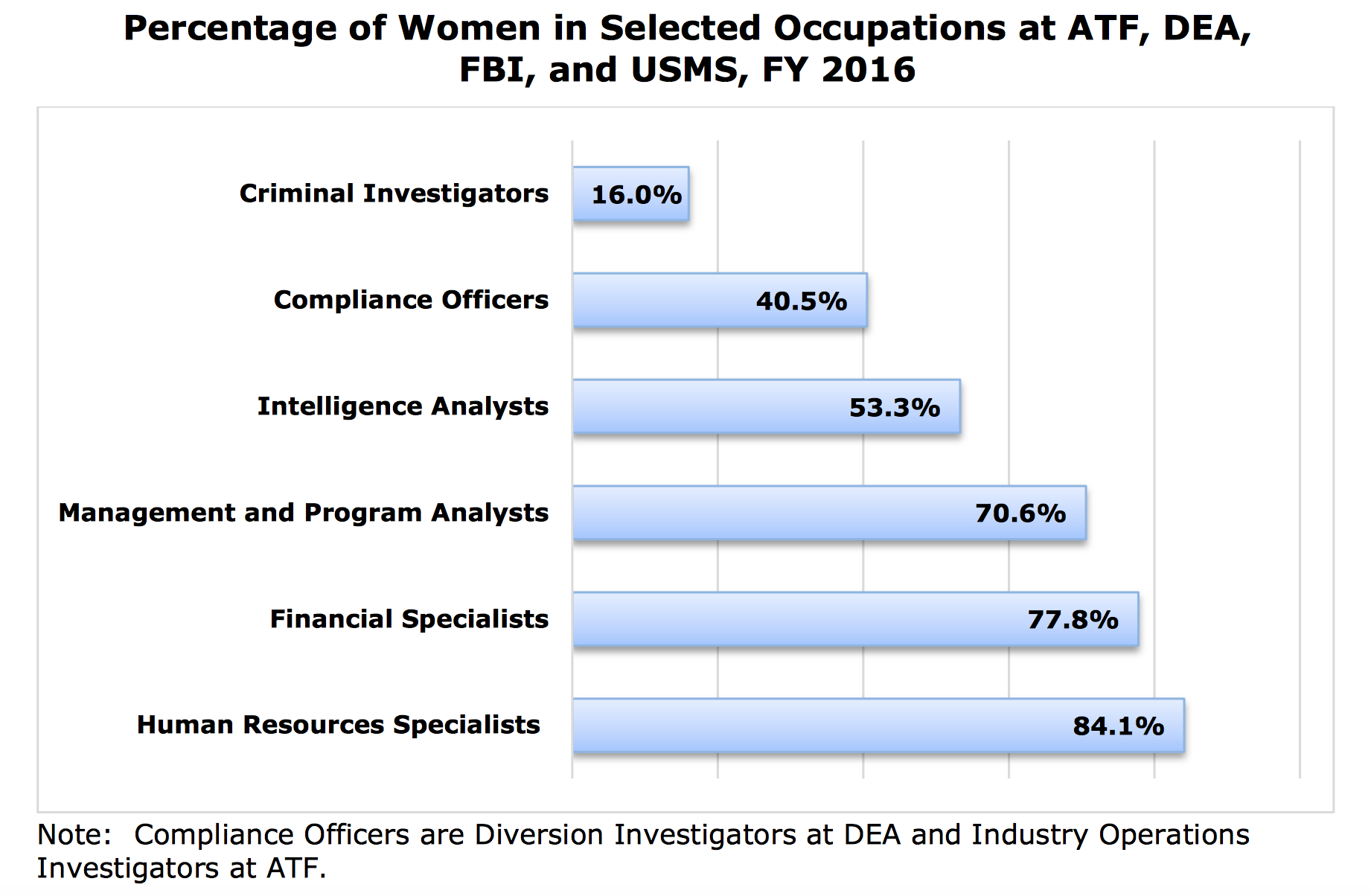 A number of female staffers reported they had experienced gender discrimination, including missed opportunities for promotions while serving the DOJ. They also indicated that career-advancing moves as well as promotions were often based on relationships rather than merit-based credentials. They also pointed to the lacking numbers of women in executive leadership positions, alleging that the dearth of female higher-ups is due to discrimination rather than a low percentage of women in law enforcement. Some pointed to a “glass ceiling” for women. (RELATED: The Gender Gap In STEM Exists, With Women Often Ahead: Study)

A number of staff members, male and female, also said they experienced discrimination but did not report it afterward.