In an interview published Friday, Hillary Clinton was asked about first lady Melania Trump and what she thought of President Trump’s immigration policy.

Clinton’s bizarre, rambling response made little sense and did not convey much information.

“I ask how [Clinton] interpreted the jacket the first lady wore to visit a child detention centre, bearing the opaque and intriguing slogan: ‘I really don’t care, do u?’ Clinton slumps back in her chair, wide eyed, arms spread, defeated by the mystery. ‘That, I have no idea. I have no idea. I can’t even … I don’t have any idea. I don’t know.’ Does she feel sorry for the first lady? ‘I don’t know. I honestly don’t know.'”

The Guardian article also includes a quote from Clinton in which she refuses to condemn many on the left becoming “uncivil.”

Clinton said, “Give me a break! What is more uncivil and cruel than taking children away? It should be met with resolve and strength. And if some of that comes across as a little uncivil, well, children’s lives are at stake; their futures are at stake. That is that ridiculous concept of bothsideism.”  (RELATED: Hillary Refuses To Condemn The Left Becoming ‘Uncivil’ — Calls For ‘Strength’ To Resist Trump) 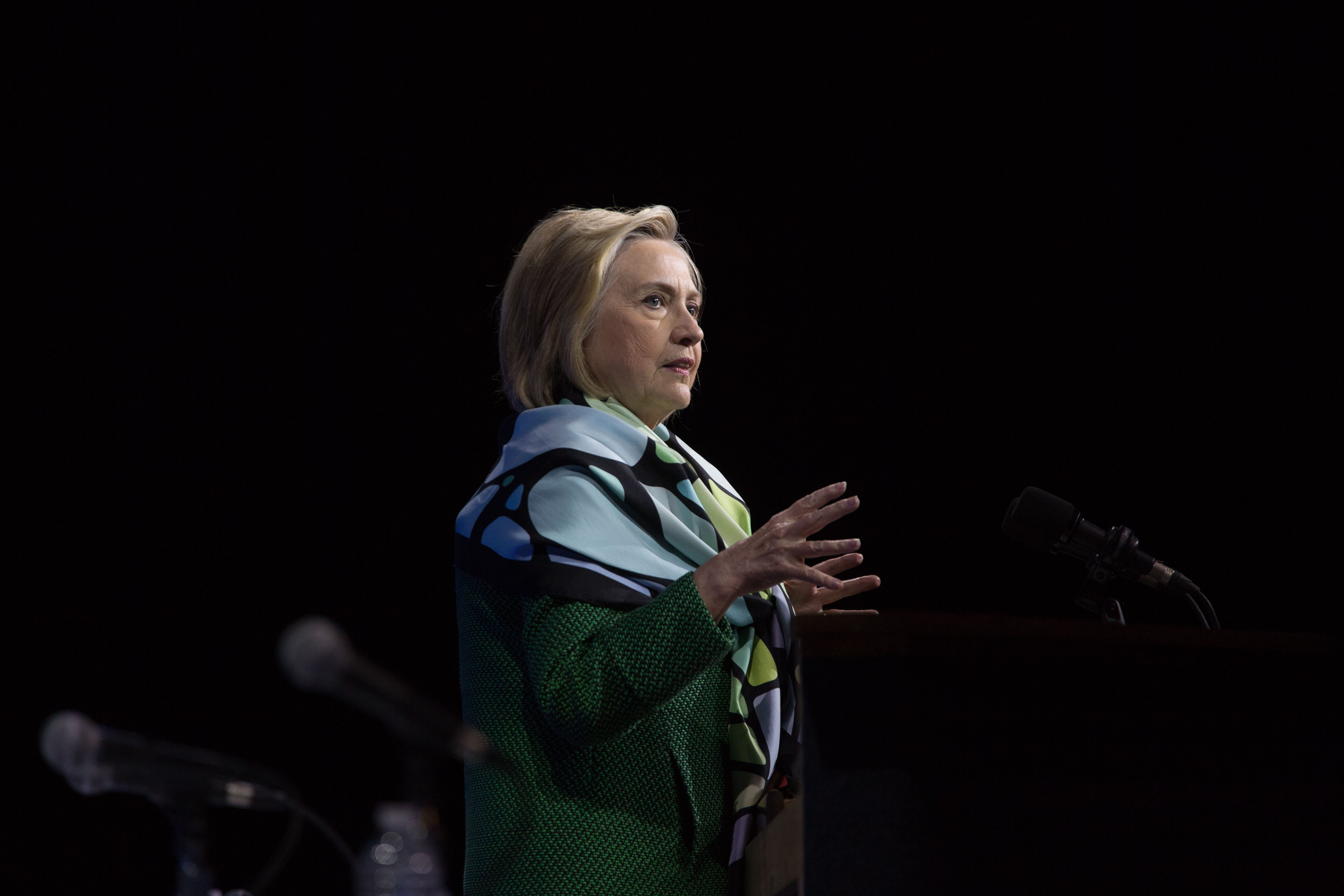 HEMPSTEAD, NY – MAY 23: Hillary Clinton delivers a speech during the New York Democratic convention at Hofstra University on May 23, 2018 in Hempstead, New York. Clinton attended the event to support Governor Andrew Cuomo’s bid for a third term. (Photo by Kevin Hagen/Getty Images)