Susan Sarandon told followers to “keep fighting” after she posted that she was arrested at a President Donald Trump Immigration policy protest. 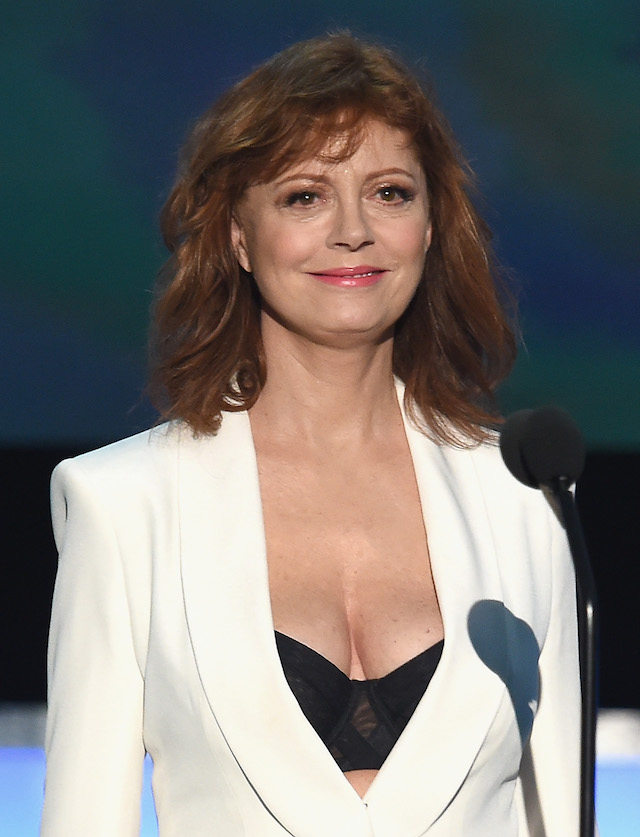 The actress said she was arrested along with close to 600 other women Thursday at a protest on Capitol Hill over the policy of immigration officials temporarily separating kids from their parents who had crossed the border illegally. Last week, the president signed an executive order reversing the decision.

Three hours later, the “Thelma and Louise” star was back on Twitter celebrating the protest, saying this is what “Democracy looks like.”

“Powerful, beautiful action with hundreds of women saying we demand the reunification of families separated by immoral ICE policy. This is what Democracy looks like. #WomenDisobey,” Sarandon wrote.

Powerful, beautiful action with hundreds of women saying we demand the reunification of families separated by immoral ICE policy. This is what Democracy looks like. #WomenDisobey https://t.co/NDHDISPTPD pic.twitter.com/szBOJ43D6y

Capitol police have yet to comment on the arrest to People magazine.

She also documented it on the social media site, calling others to join her and sharing a handful of retweets from the day’s event.

I have never felt more free than i did today as i laid my body on the line with 600+ women like @lsarsour and @SusanSarandon to shut down the senate & demand #EndFamilyDetention #AbolishICE and reunite babies with their caregivers-not in cages. #WomenDisobey #wherearethechidlren pic.twitter.com/r4L5DMgEQY

Are you able to come out and join us? We’re at the Justice Dept. and need as many women as possible. #WomenDisobey https://t.co/XA2cEpwdAz

630 women in foil blankets are being arrested in Hart Office building now as they chant “Abolish ICE” and demand an end to family detention. #WOMENDISOBEY pic.twitter.com/k3J1lmqIPA