Is diabetes linked to air pollution? That’s the kind of question that’s just absurd enough for the U.S. Department of Veterans Affairs to pay a group of scientists to study.

Researchers at the Washington University in St. Louis used taxpayers dollars to publish a study attributing 3.2 million new cases of diabetes around the world to air pollutants.

“We found an increased risk, even at low levels of air pollution currently considered safe by the U.S. Environmental Protection Agency (EPA) and the World Health Organization (WHO),” Dr. Ziyad Al-Aly, the study’s lead author, said in a statement.

The study attributed 150,000 new cases of diabetes per year to fine particulate pollution, also known as PM2.5. Al-Aly and colleagues claimed to find links between PM2.5 and diabetes at levels below what EPA deems safe.

“This is important because many industry lobbying groups argue that current levels are too stringent and should be relaxed,” Al-Aly said.

Al-Aly’s study modeled the impacts of particulates on hundreds of thousands of U.S. veterans with no history of diabetes. The study found the “burden varied substantially among geographies and was more heavily skewed towards low-income and lower-to-middle-income countries.”

So, are people getting diabetes from air pollution? Al-Aly might argue that, but his study has important limitations that undercut its results.

First, the study did “not account for individual-level differences in socioeconomic status, physical activity and PM2.5 exposure,” according to its authors.

Without exposure data, how can anyone be sure those who developed diabetes didn’t do so because of poor eating habits and lack of exercise rather than air pollution? (RELATED: Trump Stares Down Saudi King, Asks Him To Pump More Oil)

Second, PM2.5 levels have drastically decreased in the last 18 years, according to EPA data. PM2.5 concentrations have fallen more than 40 percent below the latest national air quality standard. 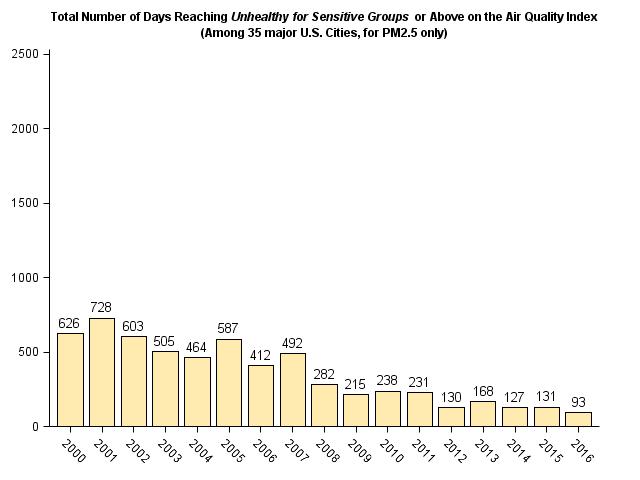 So have the number of people with diabetes increased or decreased in the last 18 years? Well, Centers for Disease control and Prevention data shows a dramatic increase in diagnosed diabetes cases. 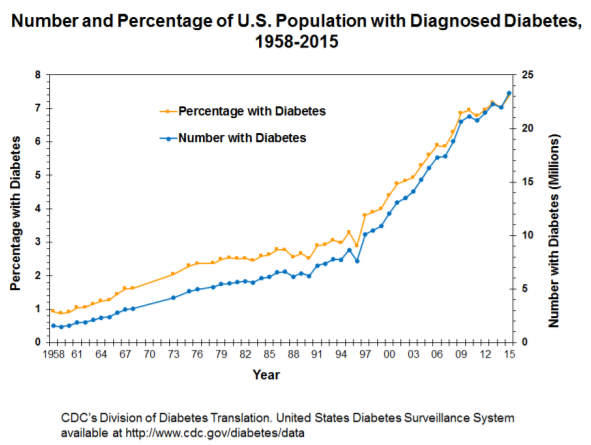