Colin Firth and wife Livia Giuggioli reached a settlement Thursday with her ex-lover Italian journalist Marco Brancaccia following accusations that he stalked her following their affair.

“In the best interests of their families, the parties have agreed [to] a private settlement,” the 57-year-old actor’s and Brancaccia’s lawyers said in a joint statement to Entertainment Tonight. 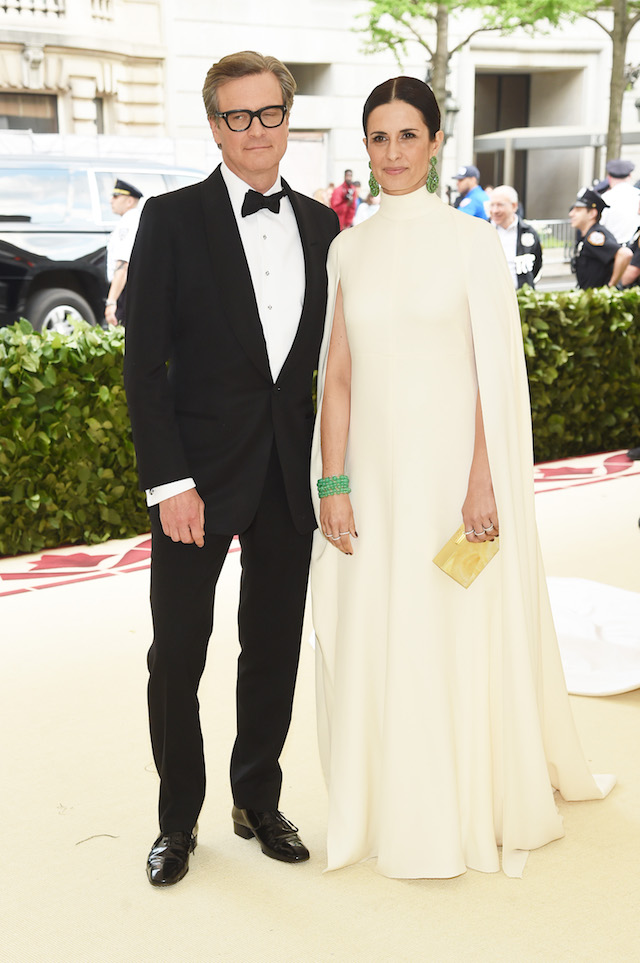 Colin Firth and Livia Giuggioli attend the Heavenly Bodies: Fashion & The Catholic Imagination Costume Institute Gala at The Metropolitan Museum of Art on May 7, 2018 in New York City. (Photo by Jamie McCarthy/Getty Images)

“Therefore, the parties have asked the court for a postponement of the preliminary hearing in order to formalize the agreement. From this point on, this agreement precludes any further public statement by any of the parties about this matter,” it added.

In March, Giuggioli admitted to having an affair with former friend Brancaccia.

“For obvious reasons, the Firths have never had any desire to make this matter public,” Firth and his wife shared at the time.”A few years ago, Colin and Livia privately made the decision to separate. During that time, Livia briefly became involved with former friend Mr. Brancaccia. The Firths have since reunited.”

“Subsequently, Mr. Brancaccia carried out a frightening campaign of harassment over several months, much of which is documented,” the statement added. “As a consequence of his stalking, threats and refusal to desist, the legal complaint was lodged with the Italian authorities. The reporting this week on this case is understood to be the consequence of a leaked court document. This is greatly to be regretted. It does not serve the interests of any of the parties involved.”

At the time, Brancaccia claimed the Firth’s statement was not true and that Livia was trying to hide their relationship.

“[Livia] wanted to leave Colin for me,” the Italian journalist told The Times. “My ‘stalking’ consisted of two messages via WhatsApp after she ended our relationship in June 2016, and an email. I wrote an email to Colin about my relationship with Livia, which I now regret sending, and she filed a complaint against me for stalking out of fear that I could go public with what she had revealed to me about her marriage and work. In a year she sent me hundreds of messages of love, photos and videos, even a diary.”