Jim Carrey got worked up on Thursday over a trip the GOP advance team took to Moscow over the Fourth of July holiday — but he left out the main reason why they were there.

“The GOP spent their July 4th in Moscow. Enough said! REGISTER TO VOTE,” the 56-year-old comedian tweeted, along with his latest artwork attacking President Donald Trump and the Republicans. 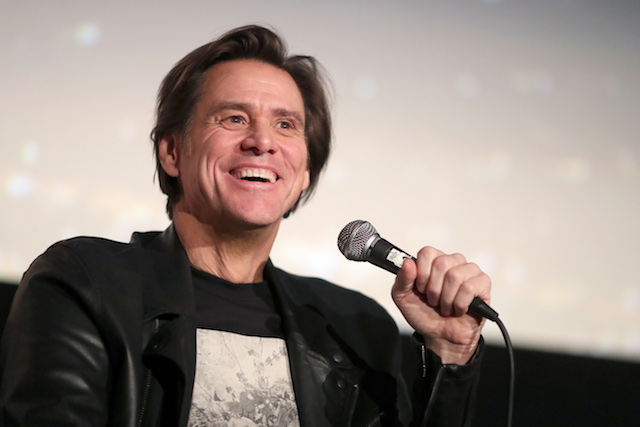 In the photo, was a depiction of Putin and underneath it read, “Republicans have sold their souls. Vote Democrat in November or this 4th of July might be our last BBQ.”

However, Carrey omitted the fact that the reason the GOP team was in Moscow on Wednesday was for the planned Putin summit with President Trump on July 16th.

The attack was only the latest from the comedian who has used his social media account to attack the president and members of his administration.

So I fixed the controversial TIME Magazine cover. This is much more appropriate. You’re welcome @time pic.twitter.com/VMDtGTj5Zy

Christianity, Trump style: “Jesus was a loser. A failed carpenter. He’s a savior because he was crucified. I like people that weren’t crucified.” https://t.co/NrLGWEXcRi pic.twitter.com/tiSCoPdTpX

40% of the US doesn’t care if Trump deports ppl, kidnaps their babies and uses them as political hostages. The time for diagnosis is over. It’s cancer. Midterms are America’s last chance at remission. REGISTER TO VOTE. We can beat this disease! https://t.co/NrLGWEFBsI pic.twitter.com/vyMpHoO1Ro

“If the Democrats would just stop the Mueller investigation, build a wall, declare me a God and pass a special law allowing me to marry my hot daughter I wouldn’t have to devour these immigrant babies. It’s terrible what they’re doing. Obstructionists!” pic.twitter.com/LgOejCxRTN