CNN came under fire today for publishing an article that criticizes the U.S. Army — and accidentally using photos of enlisted Marine and Navy recruits to accompany the piece.

The article, titled “Immigrants are increasingly denied entry to the U.S. Army and a path to citizenship,” criticized the army for curtailing a recruitment program intended on expediting citizenship for immigrants who serve. The article states:

Exactly how many foreign recruits have been rejected or discharged is unclear, but a number of them have filed lawsuits around the country to contest the decision. The Pentagon says 10,000 people were initially recruited as part of the Military Accessions Vital to the National Interest (MAVNI) program, designed to bring in talented and specialized recruits who could not only provide essential expertise in foreign campaigns, but also help fill gaps at a time when the US military is struggling to meet recruiting goals.

The article was tweeted out early Monday afternoon, but it included a photo of a member of the U.S. Navy: 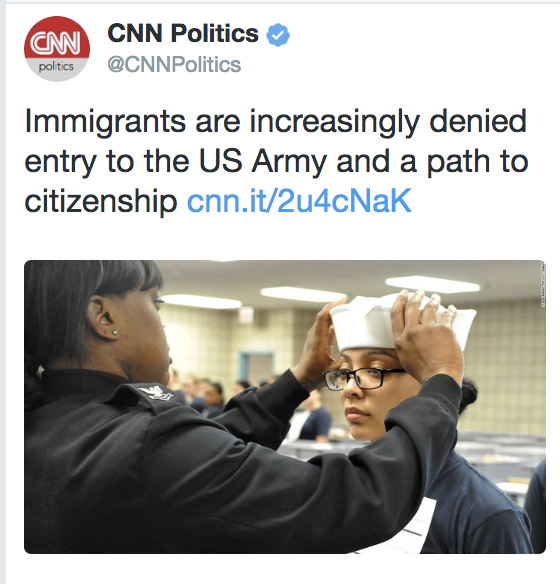 The article itself featured a photo of Marines: 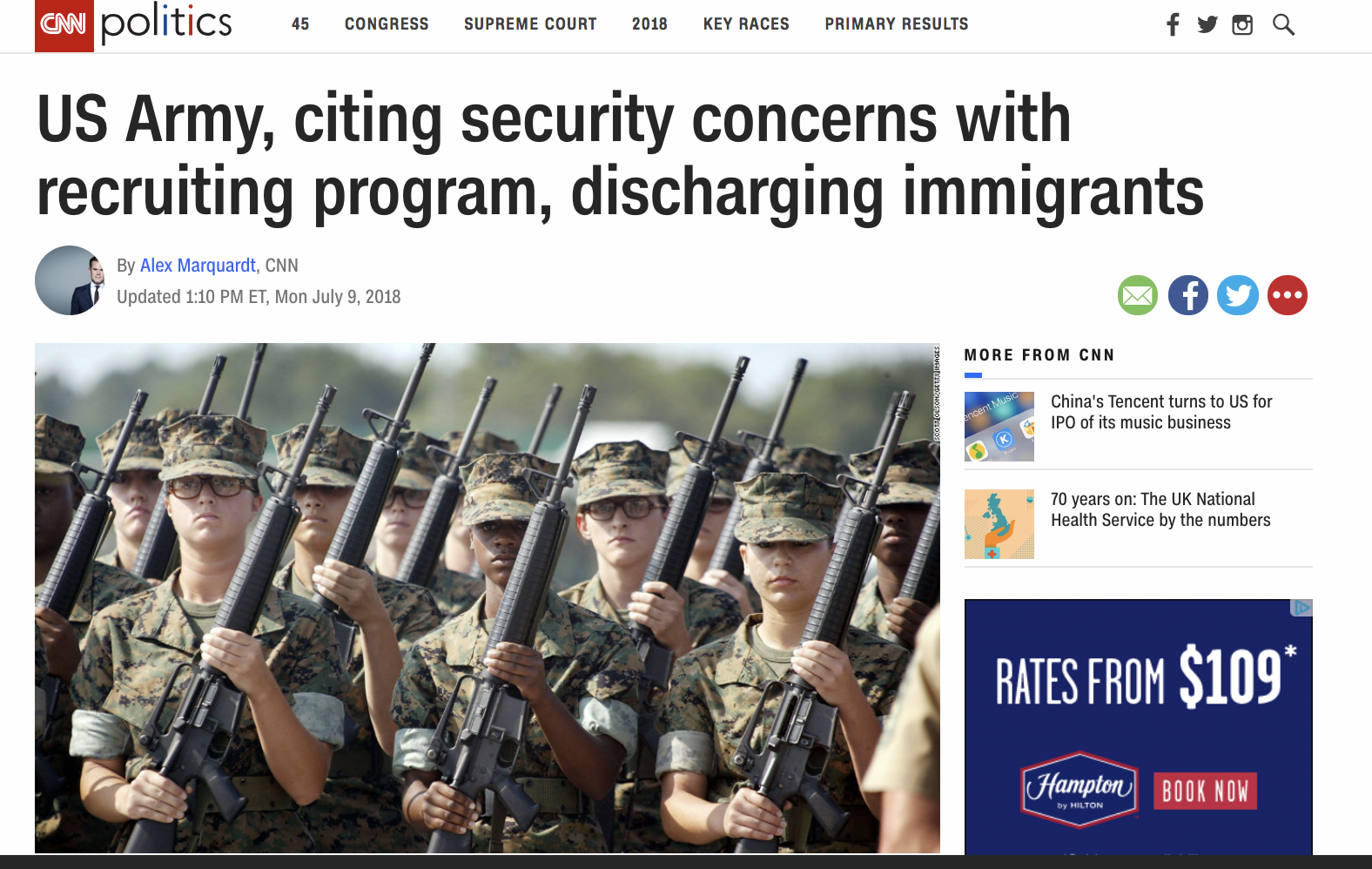 CNN was made fun of and ratioed hard for the inability to distinguish between the branches of the military.

That photo is the Navy, not Army. https://t.co/1B8IDm2cbz

If you can’t the difference between a Navy uniform and an Army uniform, I’m probably not going to read your cutting-edge military analysis. https://t.co/Ym8MQUjtF7

CNN: You can trust us completely and to say otherwise is an assault on our free press.

Also CNN: Here’s a non-story about some immigrants failing the background check where we talk about the Marines, use a Navy photo and say Army. https://t.co/nRHdcghH2Q

Wow, the army makes soldiers wear Dixie cups now? I thought that was a navy thing. Hm. it’s almost like this is #FakeNews or something. Hmm. https://t.co/6Jtj0UgZ1J