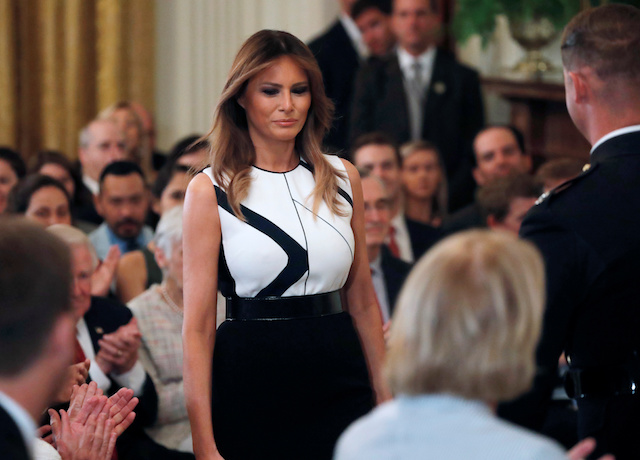 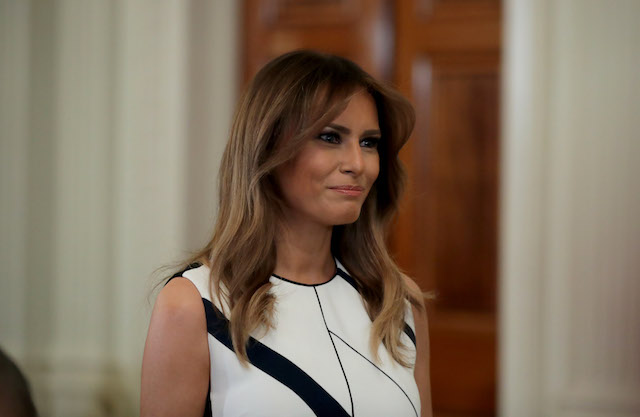 The first lady showed off her incredible fashion sense in the sleeveless dress that went down past her knees as she walked into the East Room of the White House ahead of Trump nominating U.S. Circuit Judge Brett M. Kavanaugh to the United States Supreme Court, pending confirmation by the Senate. 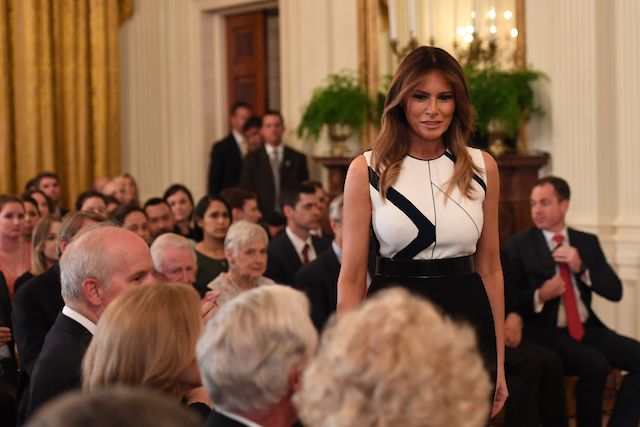 She completed the gorgeous look with her hair down and a black leather belt. 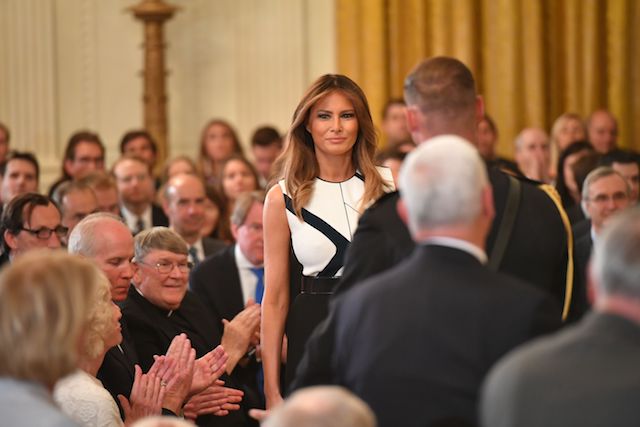 Earlier in the day, a New York Times reporter posted that FLOTUS plans to host a Be Best event during her and the president’s upcoming trip in Europe.

New – Be Best is back: After weeks of solo events in the U.S., @FLOTUS will do the same in Europe. She plans to tie her platform, Be Best, into a separate event in London this week. (Her spouse-host is the PM’s husband, Philip May, who bought a new suit for the occasion.)