Tab Hunter died Sunday night in Santa Barbara from a blood clot that caused a heart attack. He was 86.

According to the Hollywood Reporter Monday, the 1950’s heartthrob passed away just three days shy of his 87th birthday. Hunter’s spouse Allan Glaser called his death “unexpected and sudden.” 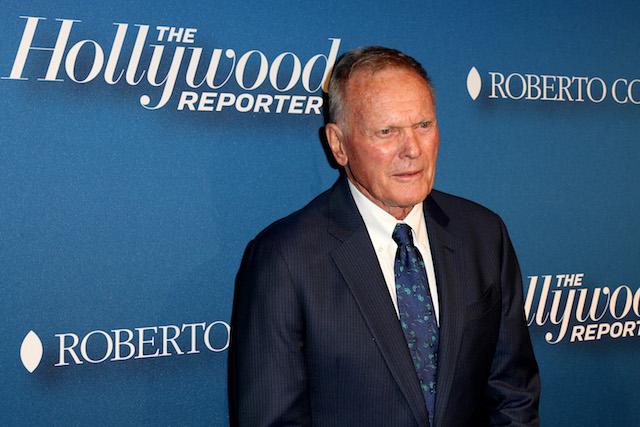 A Facebook post for the star shared the news that the actor had died and encouraged fans to “honor his memory by saying a prayer on his behalf. He would have liked that.”

Hunter starred in a handful of movies in the 1950s in hits like “Island of Desire” in 1952 with Linda Darnell, “Battle Cry” in 1955,” “The Burning Hills” with Natalie Wood in 1956 and “The Pleasure of His Company” in 1961 with Fred Astaire and Debbie Reynolds.

He is probably best known for his role in the adaptation of the popular Broadway musical “Damn Yankees” as Washington Senators slugger Hardy in 1958. It was Hunter that lead Warner Bros. to create Warner Bros. Records after the head of the studio Jack Warner realized the company had no way to capitalize on Hunter’s singing ability.

Later in his career, he appeared with Divine in the campy John Water’s directed “Polyester” in 1981 and then once again in Paul Bartels’ directed 1985 “Lust in the Dust.”

In 2005, Hunter confirmed long-standing rumors that he was gay in his autobiography titled, “Tab Hunter Confidential: The Making of a Movie Star.” When he was later asked why it took him so long to come out, the actor said he was “old school” when it came to talking about his sexuality.

“If I had come out during my acting career in the 1950s, I would not have had a career,” Hunter explained in an interview in 2017. “Not much in Hollywood has changed in 60 years. I really didn’t talk about my sexuality until I wrote my autobiography.”

“My film career had long since been over by then,” he added. “I believe one’s sexuality is one’s own business. I really don’t go around discussing it. Call me ‘old school’ on that topic.”