Trump’s broadsides have raised uncomfortable questions about unequal burden-sharing within NATO and whether Washington will move to scale back its commitments to European security. (RELATED: Europeans Like The Idea Of America Defending NATO Allies, But Not So Much The Other Way Around)

Lt. Col. Daniel Davis (Ret.) is no stranger to long-standing arguments about the 69-year-old alliance. Across a 21-year active duty career in the Army, he worked within or alongside the NATO force structure on several occasions, including a deployment with the 2nd U.S. Cavalry to the former West Germany during the Cold War and four combat deployments to Afghanistan and Iraq.

Now a senior fellow at the Washington, D.C.-based foreign policy think tank Defense Priorities, Davis spoke with The Daily Caller News Foundation about this year’s NATO summit, Trump’s approach to the alliance, and how he thinks NATO should adapt to the current strategic environment. This interview has been edited and condensed for clarity. 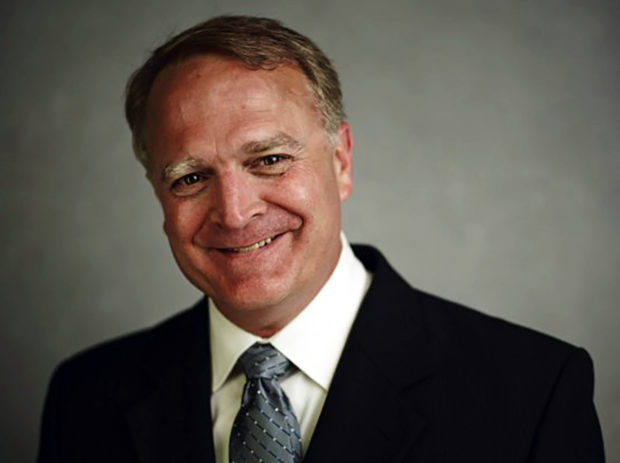 Trump has slammed NATO allies about their failure to hit the mutually agreed defense spending target of two percent of GDP. Some say his blunt criticism is counterproductive and could damage the alliance. Is Trump out of line or does he have a legitimate grievance with Brussels?

We have to understand a couple things as a premise to answer that question accurately. One is that Trump is a very disruptive figure. He’s not anywhere close to being cut from the same cloth as our last 10 presidents in terms of the normal diplomatic niceties.

He’s not going to follow the same path that anyone has followed — that’s part of what got him elected. There’s also a downside to that, because sometimes it causes some unnecessary friction, and that’s what we’re seeing [at the NATO summit].

The way he’s going about it, I think there might be some better ways to do it, but the substance of what he’s talking about is, frankly, spot on. When you look at what’s been promised and what’s been agreed to [by the NATO allies] for many years now, Trump is saying, “It’s time to stop talking and time to start delivering.” (RELATED: NATO Chief Thanks Trump For Pushing Allies To Boost Defense Spending)

Trump is correct to say the defense of Europe can’t be more important to the U.S. than it is to the Europeans themselves. I’m a strong believer in the idea that you show me your checkbook, and I’ll tell you what your priorities are no matter what words come out of your mouth.

NATO has formally invited Macedonia to talks about joining the alliance, which would bring the number of member nations to 30. There has been talk of adding Bosnia, Georgia and Ukraine in the future. What are your thoughts on NATO expansion? Is Brussels overextending itself?

Look, just on the absolute fundamental level, what is any alliance supposed to do? Any country that comes in has to be able to contribute something to the security of the other members.

I’m thinking that you’re going to have a hard time convincing anyone in Des Moines, Iowa, that they are safer because Macedonia is now a member of NATO. Or any of these other nations people are talking about. Georgia? Ukraine? My goodness, they already struggle mightily with some of the most corrupt regimes in the world.

One of the many problems is that you’re handing [any new members] Article 5 guarantees that if anything happens with Russia, which should otherwise be a border dispute, now all of a sudden we have to go to war. That’s crazy.

My first job in D.C. was, incidentally, as a defense aide for Kay Bailey Hutchinson, who is now the NATO ambassador. She was opposed to NATO expansion and went on the floor [of Congress] many times to argue against it.

Let’s do what makes sense for the United States and our Western allies. Adding those nations to NATO diminishes our security because it puts us at greater risk by turning what could be a border dispute into an international war. That’s why it’s an absolutely bad idea.

What’s your assessment of NATO’s current importance with respect to the security of the West and, more specifically, the United States?

I’ve had conversations with people in Washington where they make the case that it’s in our favor to support NATO because it gives us geopolitical cover on a number of things — Afghanistan, Iraq, Syria and that kind of stuff.

I honestly think those arguments fall kind of flat, because they assume that without NATO none of those things would happen, and that’s just not accurate. You can do things ad hoc if you need them for exigencies, as we did in Afghanistan. Our ability to project power throughout the globe [means] we’re going to continue to have influence no matter what.

So I am an advocate for conducting a new strategic analysis to see what NATO needs to look like in the current time period. Here’s the thing, in the late 1980s and early 90s, I was in NATO as an active duty combat arms guy and was part of the 2nd U.S. Cavalry while there was still an active border between the East and West. I patrolled the East-West German border and parts of the Czechoslovak border at a time when there really was a legitimate threat on the other side — 50,000 tanks of the Warsaw Pact, thousands of aircraft, millions of troops.

I saw firsthand what the countries of Western Europe do when they genuinely perceive a threat to their security. They spend three to four percent of GDP, their equipment was well maintained, they were really well coordinated.

Aside from the two percent of GDP defense spending target, which Trump has harped on consistently, are there any other areas where Washington should press for reforms within NATO?

It’s not merely just meeting a dollar figure. It’s what they do with the money, and it’s how they spend it.

For all the talk about the question of would Trump would meet our Article 5 obligations, I think the better question is if Europe is meeting their Article 3 obligations.

Article 3, as you may know, stipulates that each member not only has to have joint security with the rest of the alliance, but they have to provide for their own effective, domestic individual ability to defend their country. When you see Italy at 0.9 percent [of GDP], I can assure you their military is not funded to be able to defend themselves from almost anyone.

There was a report a couple of days ago where some of the German troops have been training with broomsticks painted black. Their tanks are not in the field because they are not maintained properly.

That’s what needs to be reformed. Each independent nation’s military has to be brought up to a level of readiness so that it can actually fulfill its Article 5 obligations, should there be any reason to worry about an eastern threat.

NATO’s first secretary general said in 1949 that the purpose of the alliance was “to keep the Russians out, the Americans in, and the Germans down.” With Germany the undisputed economic power on the continent, and Russia a much diminished threat compared to the Soviet Union, what is NATO’s purpose today and what role should the U.S. play within the alliance?

This is why I keep going back to the idea that we need, seriously, to conduct a very thorough and new analysis of the geo-strategic environment — economic, military and otherwise — of the entire continent. We have to ask, “What does NATO need to look like?” and “Does the very fundamental focus of what NATO does need to change?”

Let me give you a couple of examples. When I was with the 2nd Cavalry, we were patrolling the German border because there was a legitimate possibility that [the Soviets] could come flowing through the Fulda Gap, and everything was aligned and arrayed against that threat.

But right now, when you look at everybody’s actions — forget about anybody’s words — you have to wonder if Europe sees Russia as a threat to roll westward. The [Nord Stream 2] gas pipeline deal has got to tell you right off the bat that they don’t.

I’ll tell you, from a military perspective, that’s probably not a bad judgement, because Russia can’t roll west. That’s one thing that doesn’t get enough consideration. Their force structure is not a fraction of what the Warsaw Pact was.

Before the end of the Cold War, the current NATO nations in Eastern Europe were part of that force structure, but now they’re all on our side. The military balance right now — even with just the one or two percent that NATO allies are spending — is overwhelmingly in favor of NATO.

From Putin’s perspective, why would he ever order an attack, because he could never hold [his gains]. It would immediately get complete condemnation and trigger an Article 5 response. If he did something that would spark a war, everything that he’s built over the last 20 years would be put at risk and probably destroyed.

All of these things I’ve mentioned, these are the things the European countries see and recognize. That’s why you see them spending so little, because they don’t believe there actually is a legitimate threat of that happening like it did during the Cold War.

It’s time to do a strategic reassessment and ask, do we need to scale back things and have a more generalized security apparatus where the Article 5 requirements remain. The United States does not need to continue to pay almost a quarter of the direct outlays for NATO when they’re not willing to do it and they don’t really believe Russia is as strong of a threat as it was before.

What are your final takeaways for this year’s NATO summit?

I really do think that Trump needs to tame his tone and temper the way he talks. It does not help us with Russia, and it does not help to dress down senior members of the alliance on camera before he meets with Putin. He can say whatever he wants behind the scenes.

But on a fundamental level, I think that Germany is the pivot. Germany is the undisputed economic powerhouse in Europe, and yet they want to claim they can’t spend more than 1.2 percent of GDP [on defense].

If there’s anything Trump can do, I think he should start with Germany. He has to say that if you’re not willing to do this when you have the economic capacity to do so, then that is evidence that you don’t really view the threat of Russia to be that great. It’s not right or fair to the American taxpayer or U.S. soldiers to provide the security that you have the ability to provide but won’t.

It may sound like I’m anti-European, but I’m about as far from anti-European as you can get. I lived in Germany for six years during my career, and I love the German people and think incredibly highly of them.

The problem is that we’ve allowed for so many decades for them to get comfortable developing their economic capability at the expense of American taxpayers, and it’s time for that to be re-balanced.