Democrats in Congress are under increasing pressure from the party’s hard left base to endorse attacks on Immigration and Customs Enforcement (ICE), which enforces the nation’s immigration laws.

Democrats at the national level are divided on the issue of abolishing ICE. But momentum is on the side of the abolish ICE crowd, thanks in part to months of pressure from left-wing activists and journalists. (RELATED: Obama DHS Sec Rebukes Dems: Abolishing ICE ‘Would Compromise Public Safety’)

Several 2020 Democratic frontrunners have come out in favor of abolishing ICE, and progressive House Democrats are pushing a long-shot bill to abolish the agency.

More than 150 state and local elected officials across the country signed an open letter that calls for abolishing ICE and ending “rampant immigration enforcement.”

The letter decries the “rampant and brutal enforcement tactics of ICE, a lawless federal agency that, since its creation in 2002, has terrorized immigrants and separated families in the communities we live in and represent.”

“As one of our newest federal agencies, ICE spends more time destroying communities than it does keeping communities safe while violating basic civil and human rights. The experiment that is ICE has failed, and must be ended as soon as possible,” the letter states.

“I think the clarity around ‘abolish ICE’ is important because it’s not an agency that can be fixed or reformed,” Philadelphia City Council member Helen Gym told The Intercept, which first reported on the letter. ICE “needs to be dismantled,” Gym said. (RELATED: ‘ABOLISH ICE’: Vandals Throw Brick Through Window Of GOP Office, Leave Graffiti Message) 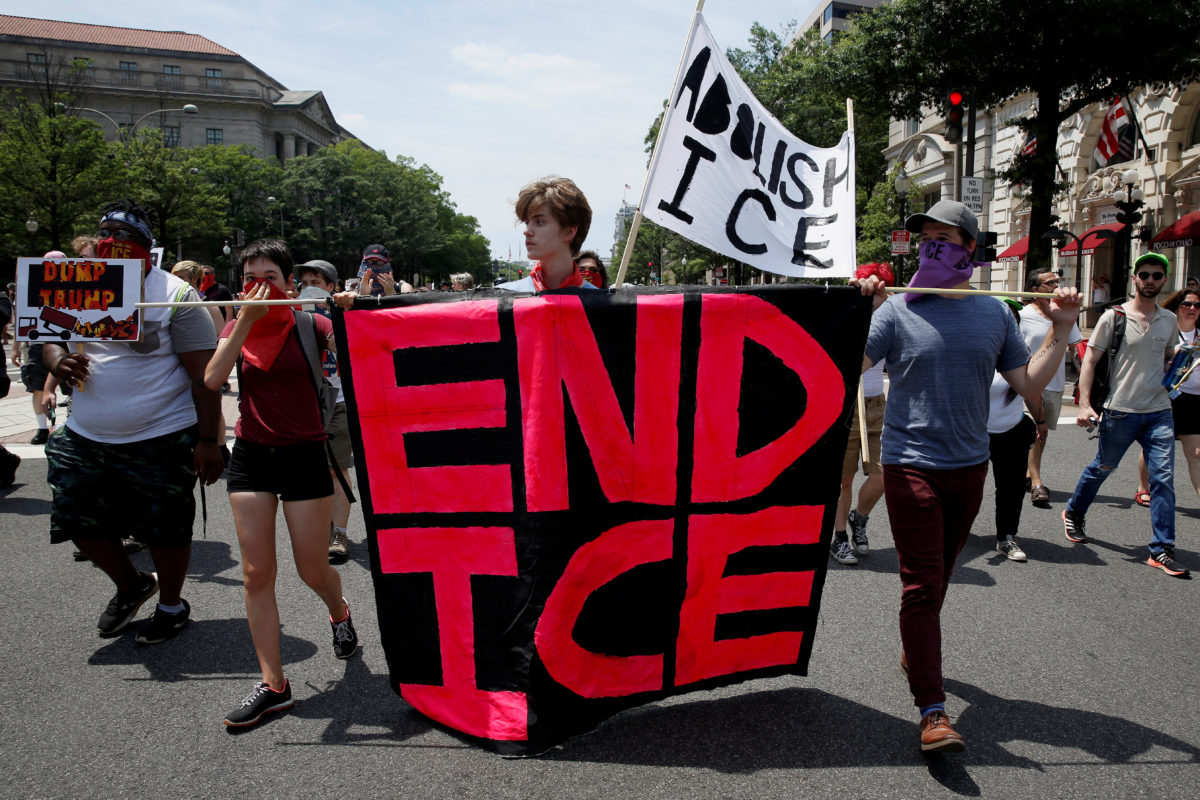 A Politico/Morning Consult poll released Wednesday found that 25 percent of Americans want to abolish ICE, but that a plurality of Democrats (43 percent) support doing so.

Democratic Arizona Rep. Raul Grijalva told HuffPost he would support such legislation, while most of the dozen members of Congress contacted by HuffPost declined to take a position one way or the other.

But the Nevada senator’s opposition to decriminalizing illegal border crossings is “increasingly out of step with a growing grassroots movement to upend ICE and separate the criminal justice system from civil immigration issues,” HuffPost noted.

Alexandria Ocasio-Cortez, a 28-year-old socialist who upset incumbent Democratic New York Rep. Joe Crowley, envisions a deep scaling back of immigration enforcement in America, she said in a June interview with The Intercept

“So abolishing ICE doesn’t mean get rid of our immigration policy, but what it does mean is to get rid of the draconian enforcement that has happened since 2003 that routinely violates our civil rights, because, frankly, it was designed with that structure in mind,” she said.

Seth Nightengale contributed to this report